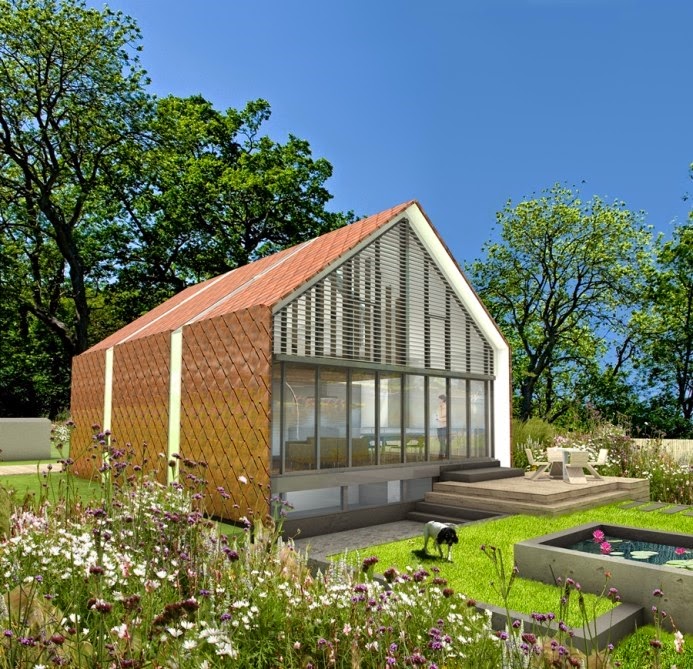 Traditionally, flood mitigation and defense system take on a defensive approach in terms of design. From expensive concrete flood walls to sandbagging etc, the task of flood prevention can be quite daunting when employing this approach. But, Imagine a house, that could adapt itself to flood water, redefining what it means to be ‘flood proof’. Not by keeping water out or resisting it (like many failed traditional attempts) but by adapting to the water levels as they rise, able to float gently like a boat at dock. Done Imagining? Now, behold “FORMOSA”, the UK’s First Amphibious Floating House.

Formosa is designed with the knowledge that man cannot defeat nature, so he should rather make space and adapt to it. To this end the house can or is designed to float on water as it rises and gently float back down as it subsides. Its location on an island along a flood plain (Flood Zone 3b to be exact), about 10m for the famous River Thames, was appropriate. The area has a high risk of flooding, hence its flood plain designation, thus, water has to be allowed to flow or be stored in the event of flooding. This means that any building situated there has to be able to operate anytime there is flooding and it should not impede flowing water or the storage of it. 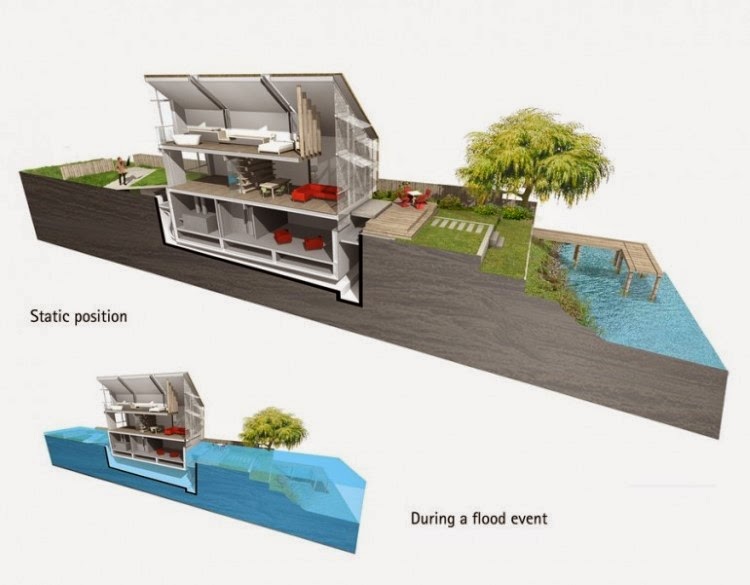 This meant, that the designers, Baca Architects, had the great task of convincing the Environmental Agency in the UK of the project’s viability. The director, Robert Barker, explained that

“Options for the site included either a floating or an elevated property,“A floating property would be in the river course, which was not allowed by the Environment Agency at this location. An elevated building would be set high enough to avoid an extreme flood but almost a storey away from the garden….”

So a fully floating structure was disallowed, while one on stilts would have offered a disconnected living experience. So what could work?

“…An amphibious house solves these issues by allowing occupants to enjoy their garden, only rising to avoid floods when necessary.”

How? you may be asking, well, Formosa, was built using a fairly traditional lightweight timber frame, that sits inside an excavated “wet dock” with retaining walls and a mesh base that allows for infiltration. This means that the house itself is independent of the “wet dock”, seeing as it has a waterproofed concrete foundation wrapping around its ground floor. This acts like the hull of a ship, or house, evidence of Archimedes principle at play. Basically, the house’s mass and volume are less than the equivalent mass of water, thereby creating buoyancy and ensuring the house can stay afloat. 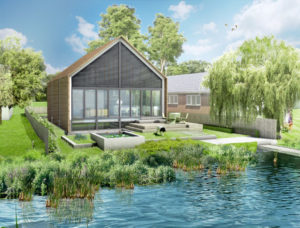 On the site, the designers created what they described as ” an intuitive landscape” which acts as a kind of visual “early warning system” for the residents when flooding is on the verge of occurring. They basically created a terraced garden on two levels that would get flooded sequentially as water levels rise, basically telling the users that a flood might be incoming.Another notable feature are the four vertical steel posts called “dolphins” that guide the house upwards as flood water levels increase.  I also suspect, they were intended help keep the house in position to prevent it from literally, floating away, despite its concrete base. The house is currently designed to be rise and float up to two and half meters ‘above flood level’, (lol) based on worst-case scenario predictions from the Environmental Agency, including added tolerance for climate change. Peradventure, the water level overtime start to rise beyond the initial height that these posts can cater to, they can easily be extended to cope with the increase.
For safety reasons the house only uses electricity and no gas, all connected using “elephant cabling”, a flexible system that can cater to each of the homes services including water and sewage. Being the first of its kind in the UK, Formosa was not covered by their local building regulations and such had to go through a plethora of negotiations with relevant statutory bodies in order to set a responsible president for similar design that may follow in the future. 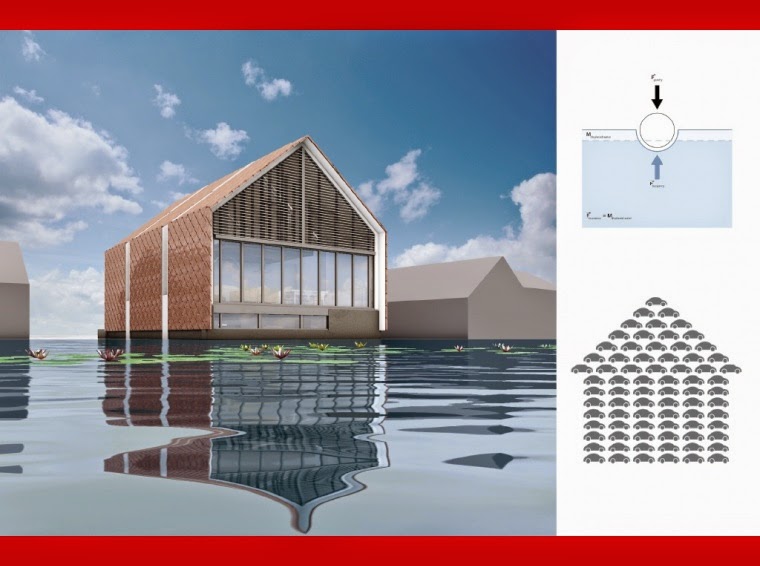 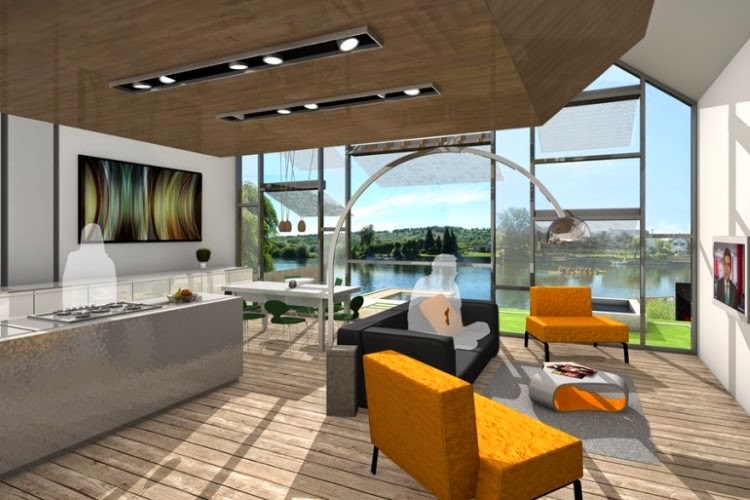 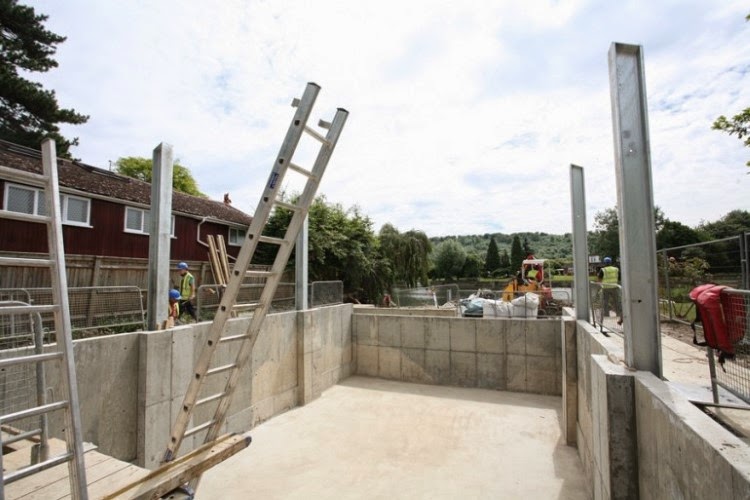 Some may question the validity and potential of this novel scheme, which is permissible. The following statement may offer some respite to the skeptics,

“The cost of rising insurance premiums for buildings located within flood-prone areas has created demand from the construction industry to innovate and evolve building technologies, …amphibious construction to date has only been used in small buildings but it has the potential to overcome flood risk on a much larger scale by creating whole floating platforms or even floating villages and towns. This could provide a cost effective solution to regenerating or preserving important sites where relocating residents and communities would have dire social and economic consequences.”

I forone, have to agree. The potential for such construction is immense, regardless of location. Yes, it may be a bit more expensive, but for regions where flooding is a given, I’d say its well worth the cost, more so, that the design can be adapted to suit local requirements where they may be needed, with the basic principle staying the same. 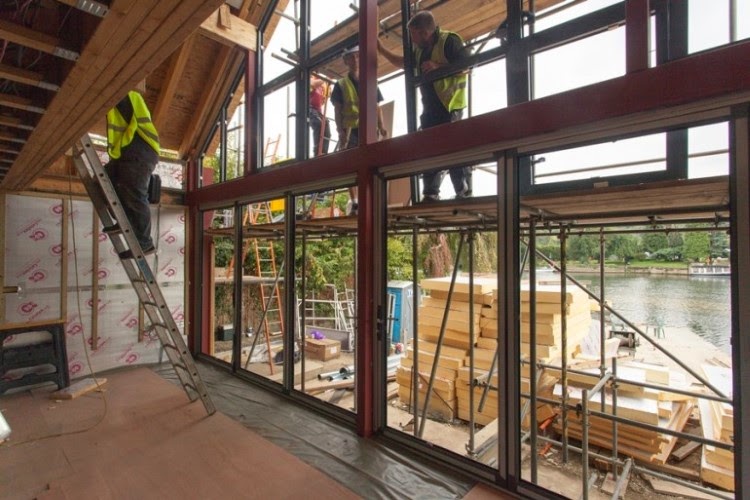 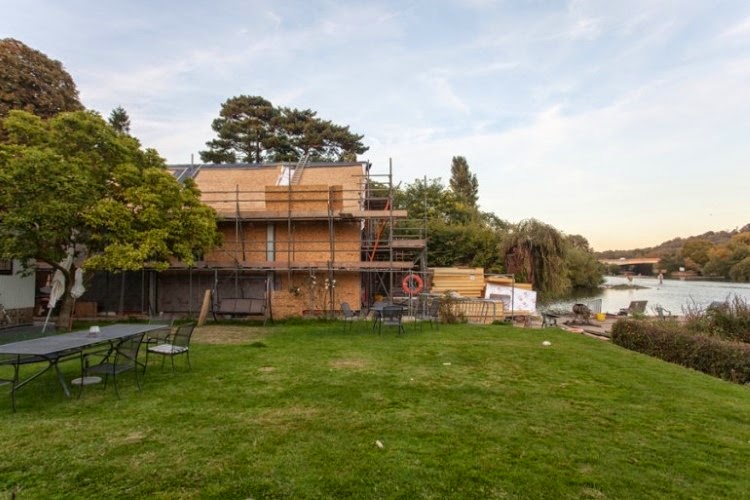 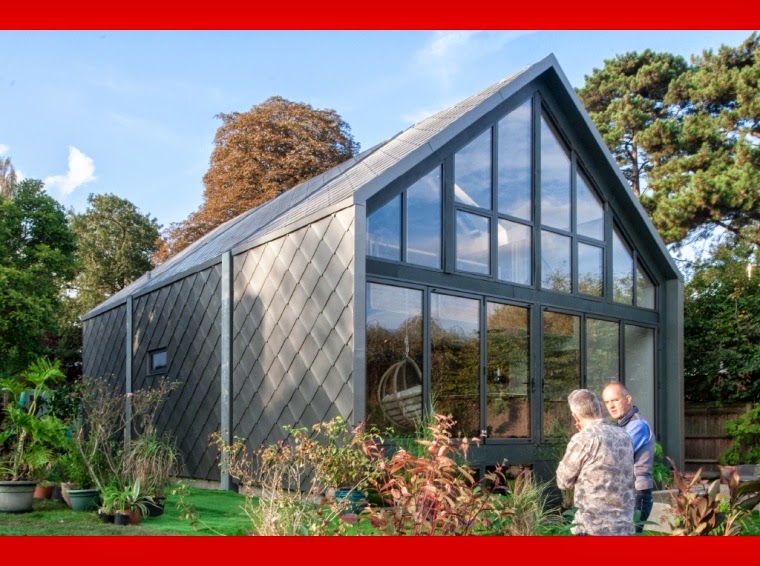 As you must have guessed, being in the UK, such a ‘grand’ design had to be featured on none other than “Grand Designs”, heres a link

Previous
Container City: A Case for the Viability of Container Architecture