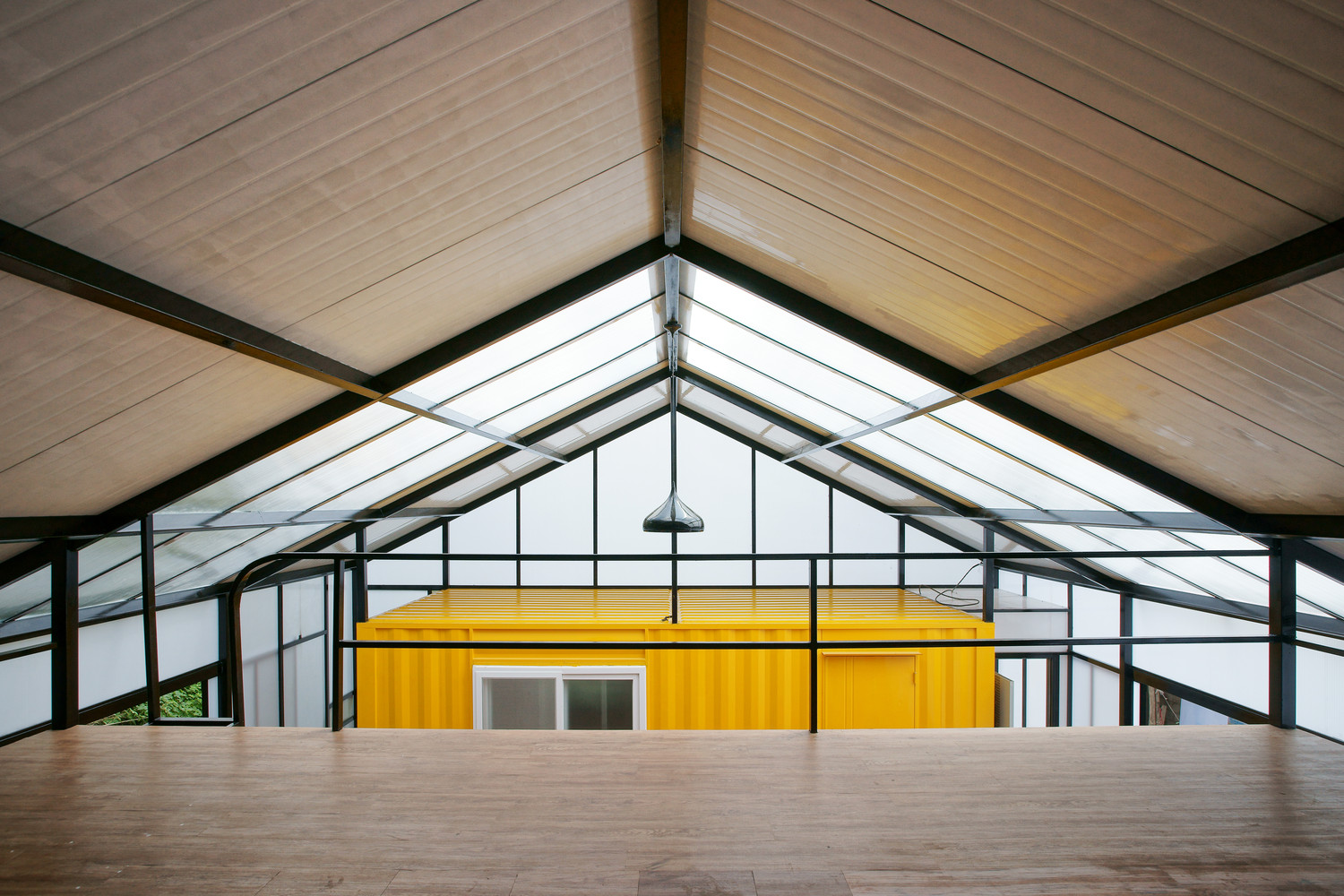 This low cost container house is the second in a series of “Low Cost House” projects, sponsored by Korea Child Fund to improve a living environment for low-income families.

The house, which is situated in a small rural village of Jangheung town in southeastern province of Korean peninsula is a home to a family of seven, two parents and five children. Previously, it was a very old and shabby building tilted to a side and stood right next to an unused cow house filled with the remains of cow waste attracting all sorts of flies and bugs. The surroundings were filthy, and the smell was appalling. However, the worst part of the house was ‘rats’, which literally occupied the whole building. It was the family who had to avoid the rats and find their own spaces. The rats were unafraid of men, and their exact numbers were never to be known. As such, an open outside toilet without walls was the least problem to the family. To them, this horrible living situation was somewhat regarded as something they had to live by.

After examining the whole house, we decided to knock it down and rebuild it. It was clearly not in a condition to be renovated, and above all, it seemed like the only way to escape from the rats. However, the first problem we encountered was a tight budget. Compared to our first low-cost house project in Beolgyo, the number of family as well as the required space were larger this time. Although the budget for both projects was similar, this was a new construction work unlike the Beolgyo’s renovation one. 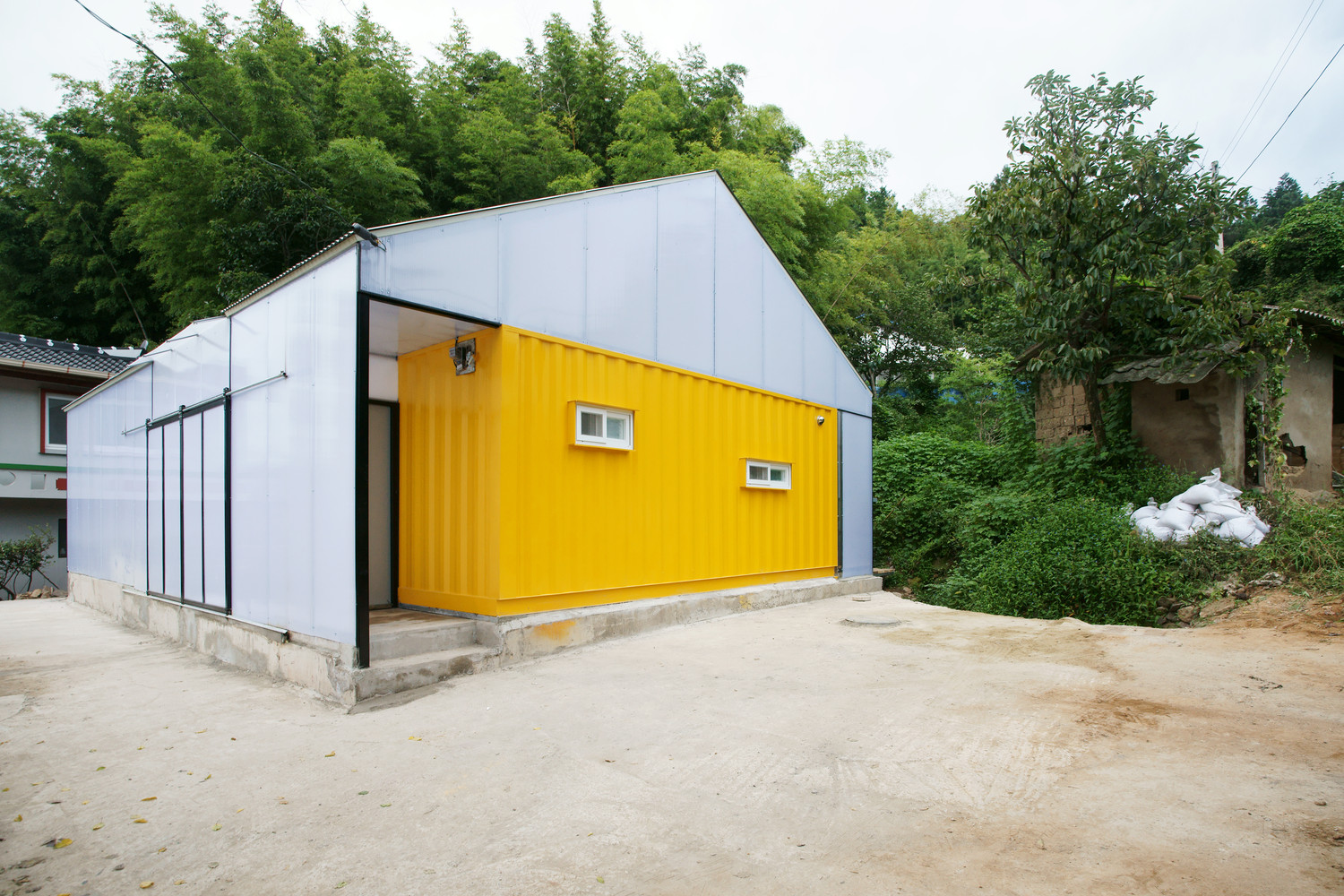 The huge budget issue naturally led us to find ideas to save the costs while creating a larger space. A room to cut costs was finally found in building materials. What we chose was ‘container houses’ which could minimize both field works and construction time. But their poor insulation and floor noise, vertically in particular, created other problems we had to tackle. As our building was to be built as a single floor, the only concerns remained were to improve insulation and create enough space for the family of seven even with three containers of merely 50.4 m2. 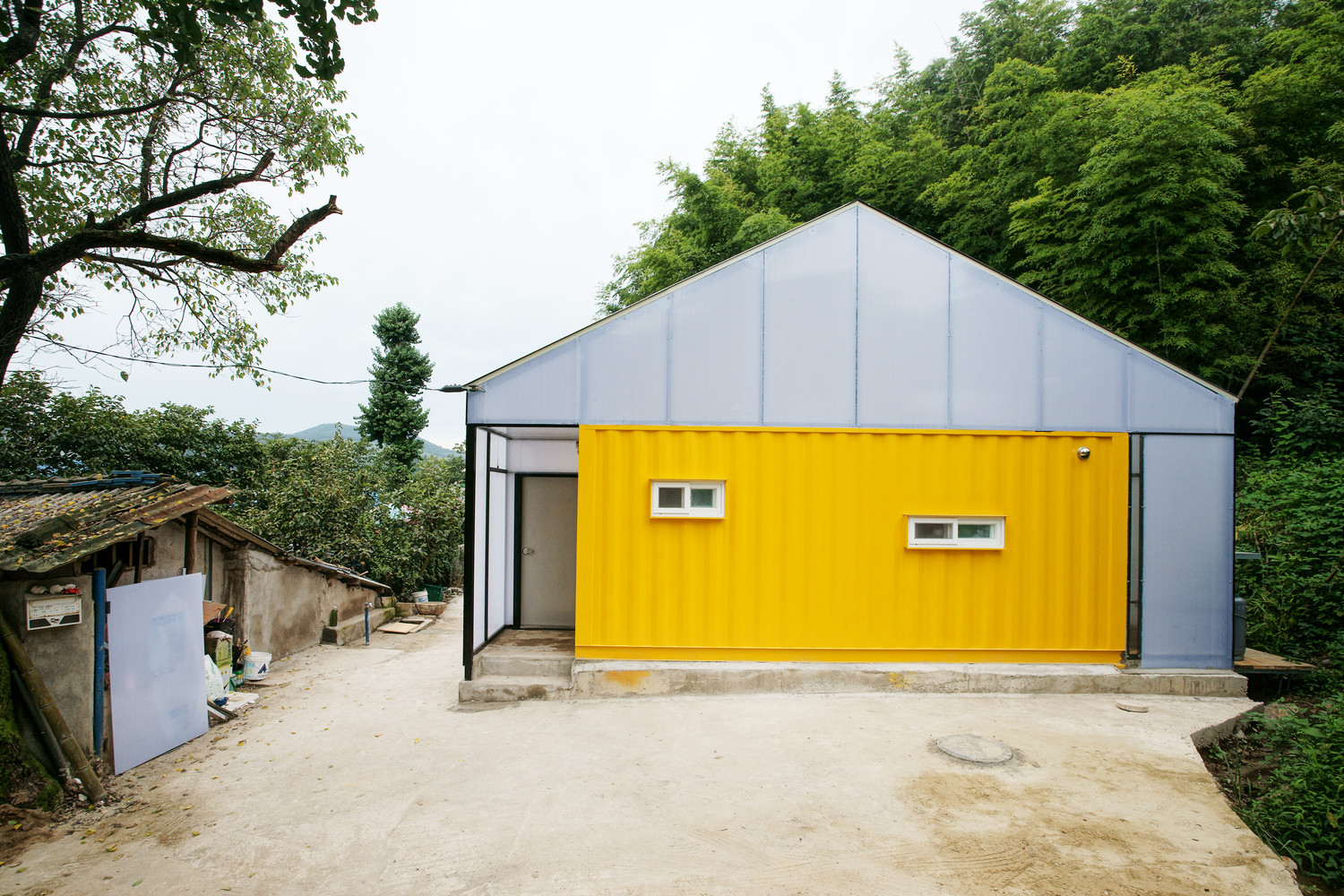 Our next solutions were first to separate two container houses to create a space in between as an open deck and secondly to surround the whole space with another ‘house’ to create a ‘house in the house’. As a result, three insulation layers were formed inside the building, and new ‘undefined’ spaces were created between the ‘inside’ house and the ‘outside’ house. These extra spaces were also connected to the nature through large sliding doors as outdoor space in summer when open and as indoor one in winter when closed. Moreover, they could also provide an open floor, an attic and a transparent roof open to the sky for the family’s five children to have dynamic and diverse ‘space’ experiences. 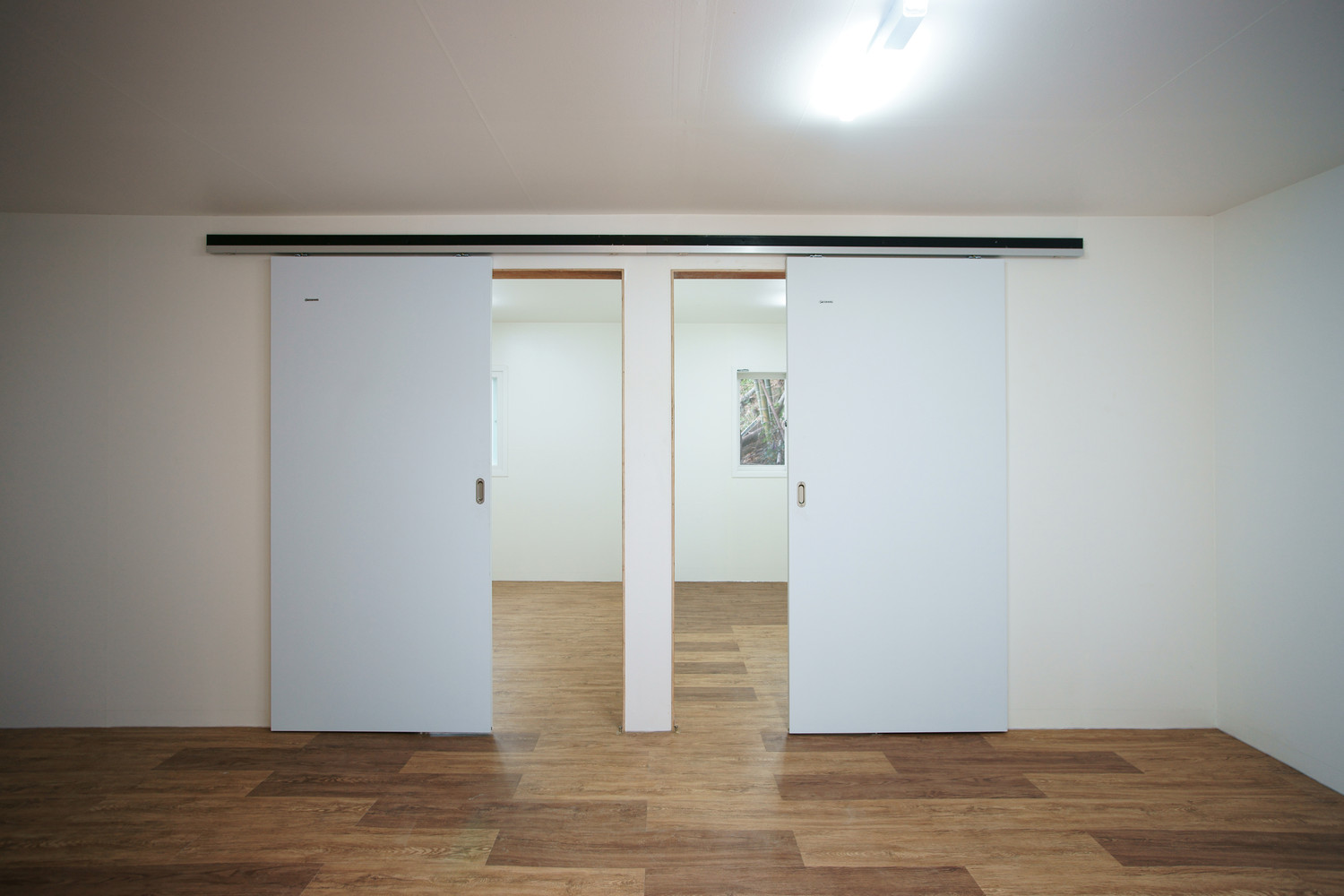 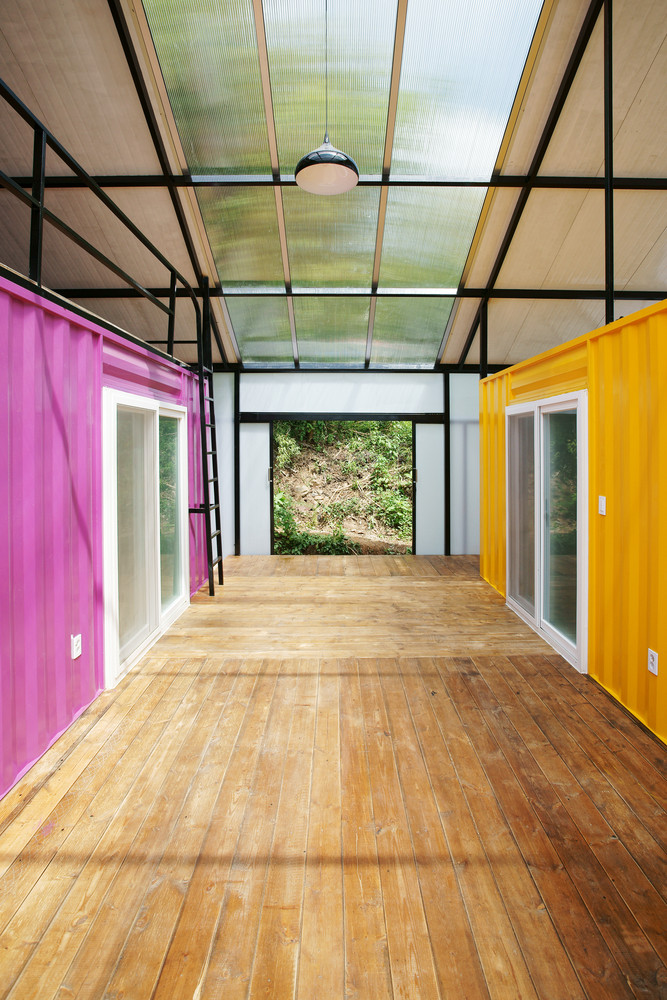 You can learn more about the project and concept design here.

Previous
The Songjiang Quarry Hotel by Jade+QA is set to open later in 2018.

Next
Threads Office Building in Mexico by Belzberg Architects