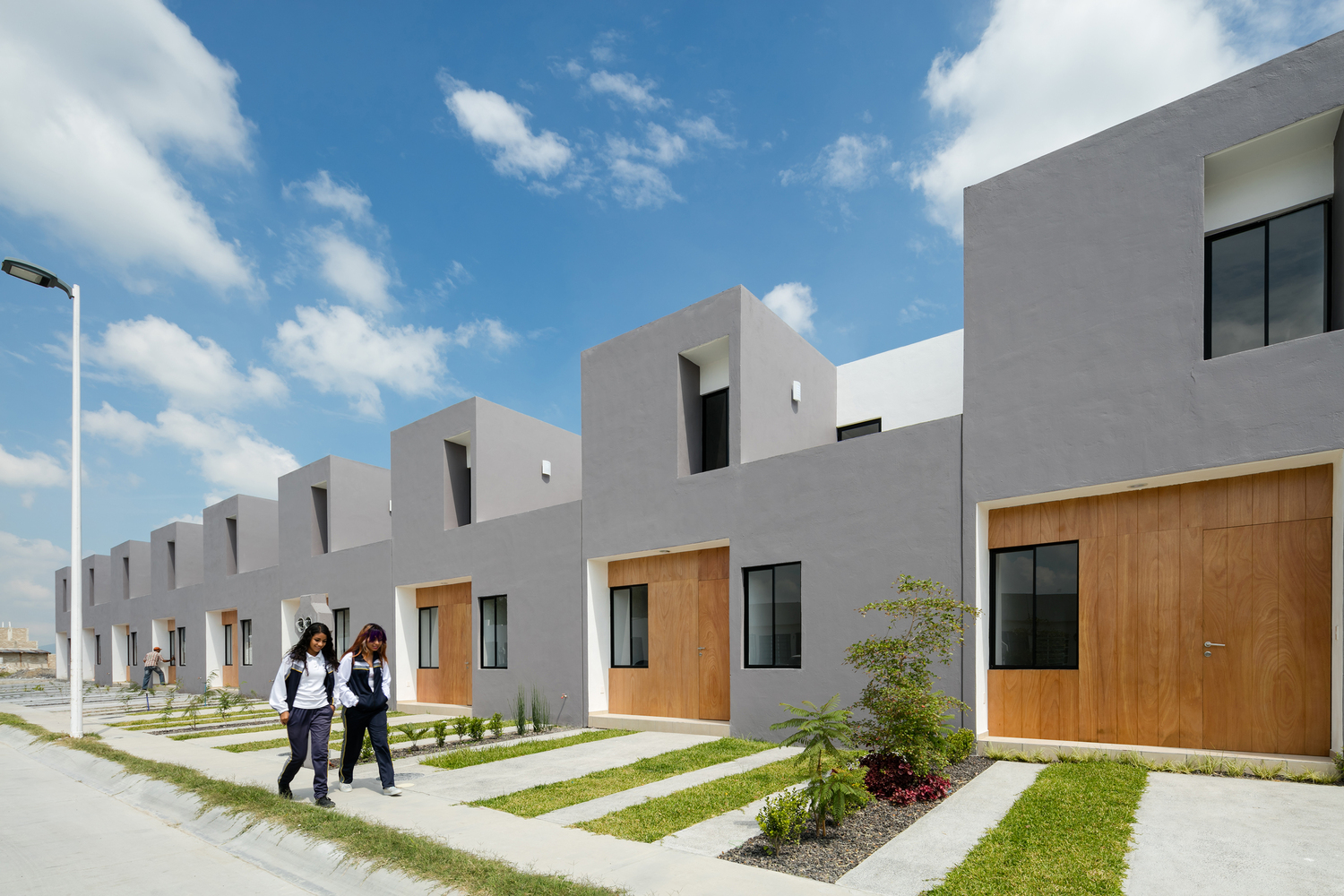 This housing project in Mexico by IX2 Architecture, is an exemplary case study on space management and function in housing design as well as restraint and understated style born out of thoughtful design. Dubbed the San Ignacio houses, the project features a row of 10 Nos 3 bedroom town houses built on 90 sqm lots.

The architects make good use of the space, with each of the houses featuring a generous yard and first floor terrace. The homes are compact and offer good amenity as a starter home. This set of 10 houses (first stage) is located northwest of the town of La Barca, Mexico. The houses are built on an area of ​​924.04 sqm in a horizontal subdivision called Jardines de San Ignacio which has approximately 450 lots which are mostly of 90.00 sqm (6.00 x 15.00m). One of the features and benefits of the location is that the set is attached to a green, which will take place the implementation of a municipal linear park. 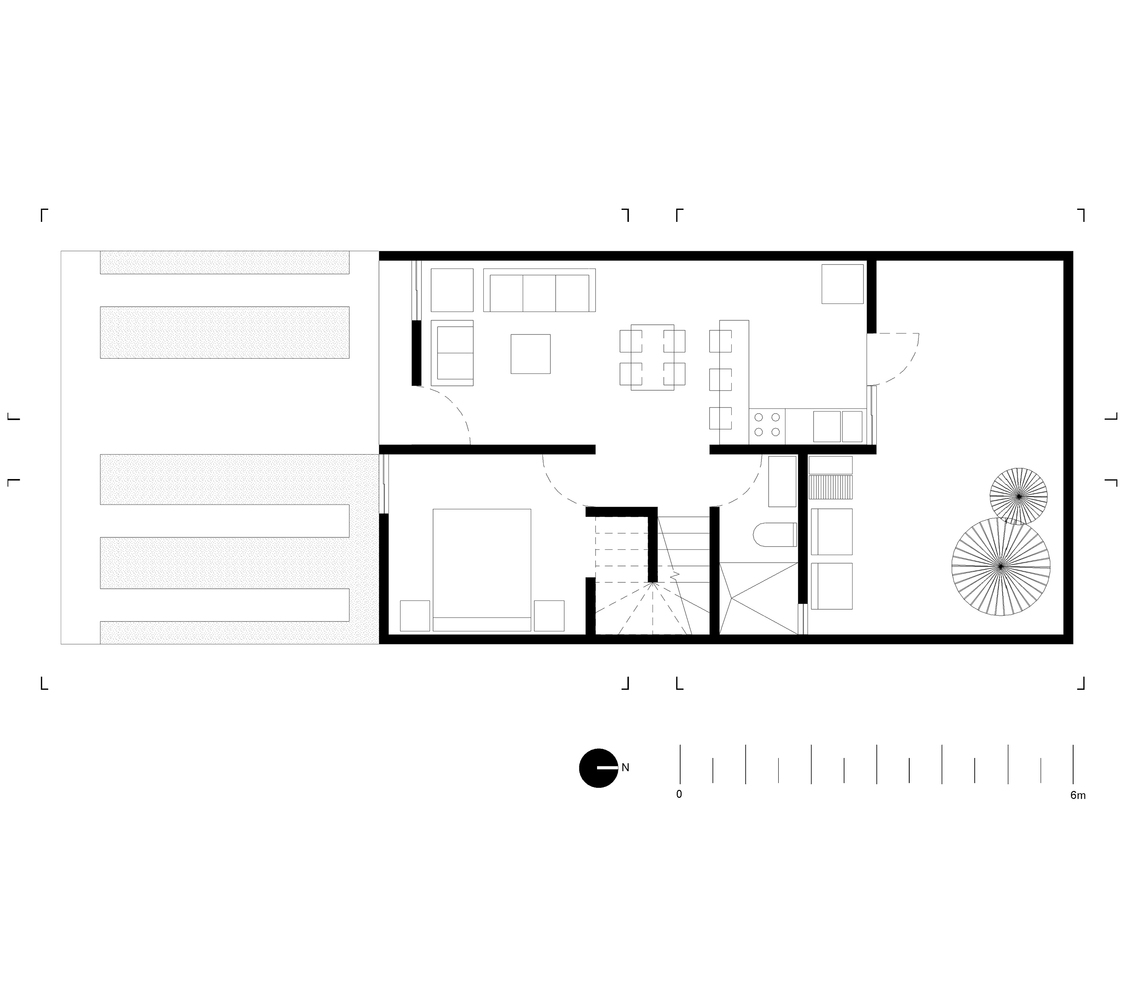 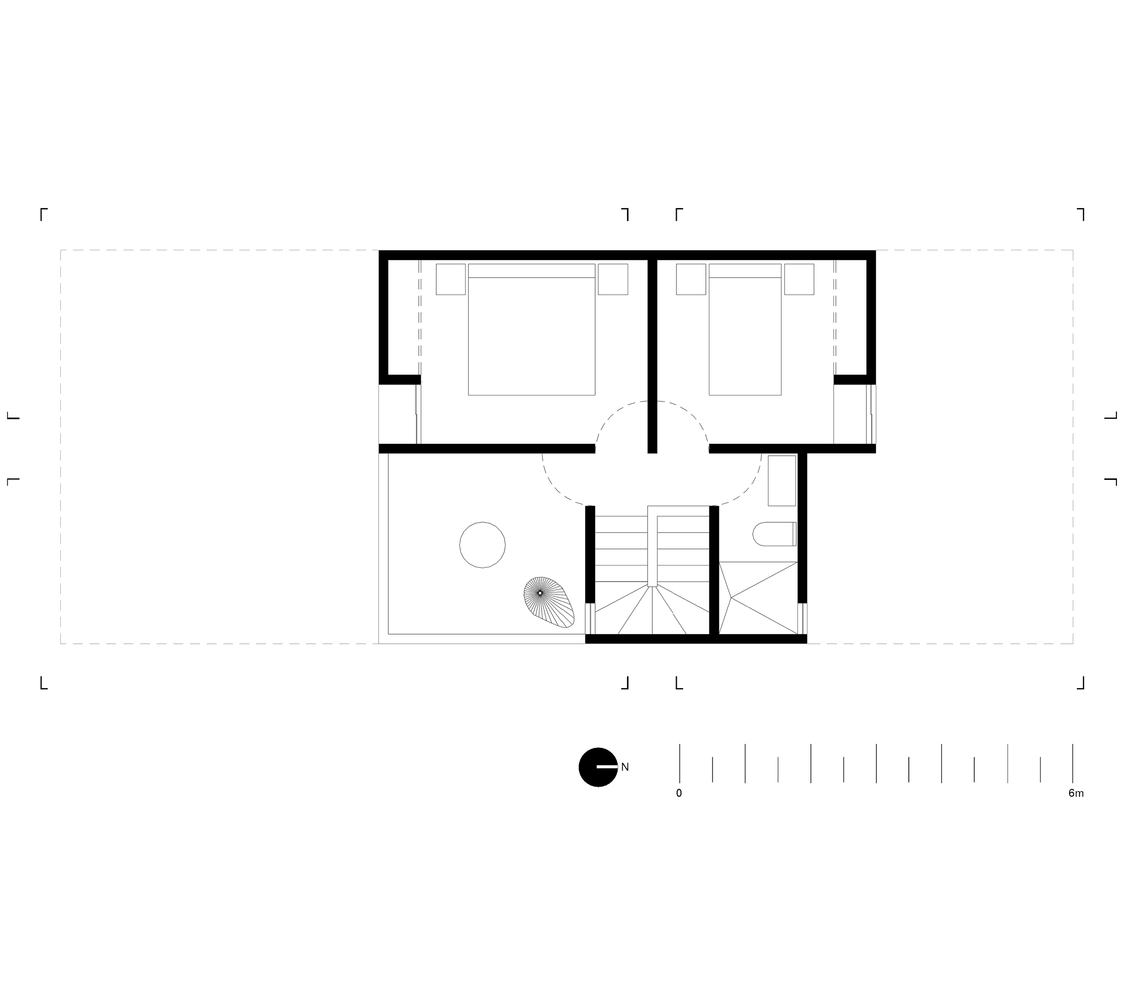 The main objectives were to identify the market which led us to stick to the ideology of the region, and therefore decided to build walls of solid block and concrete structure armed in order to achieve greater confidence with the inhabitants of the municipality. We also seek with the established budget, worthy interior spaces and on the other hand a clear image of quality in design which is achieved by the plastic of the property, concluding that the assembly is shown as a unit. 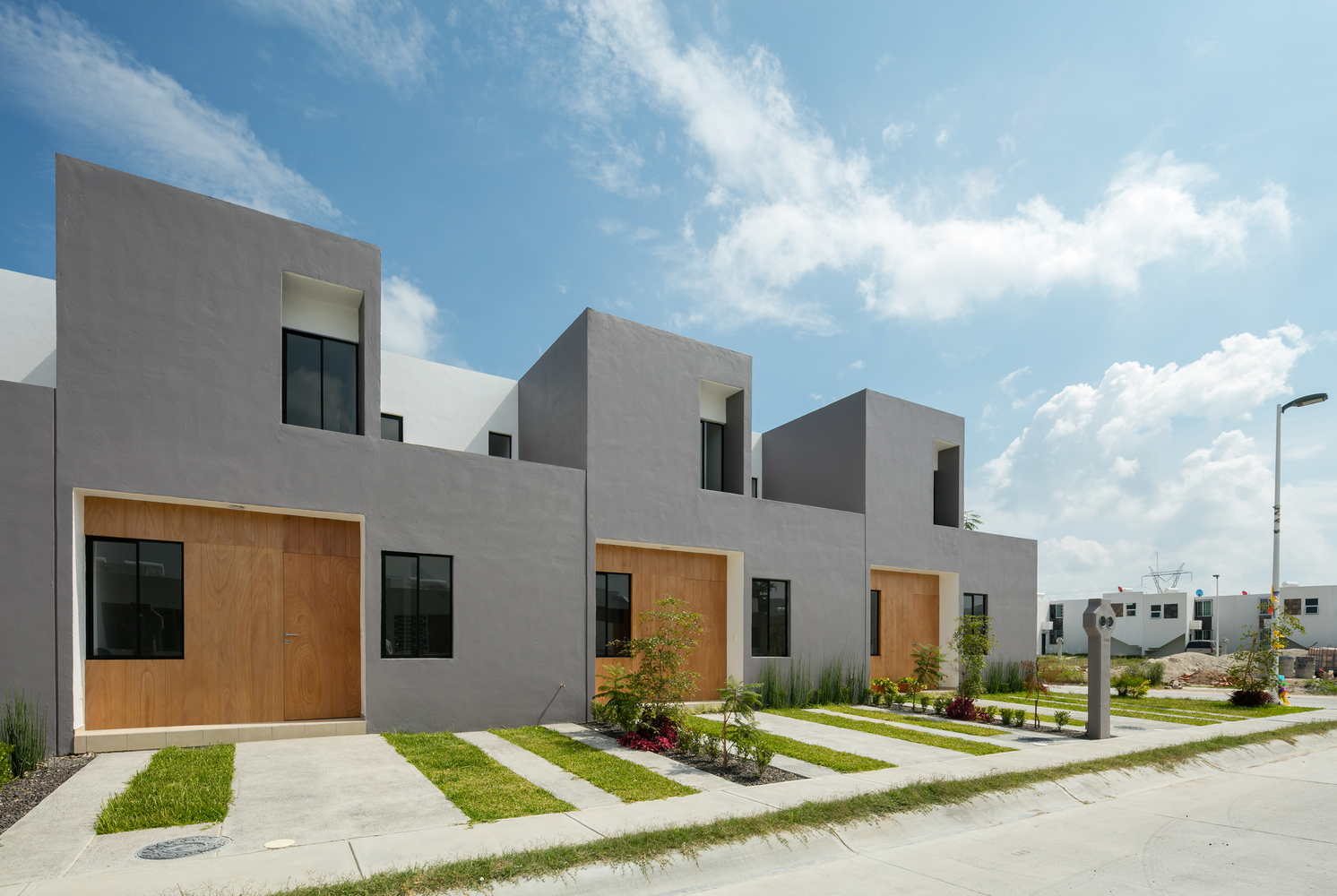 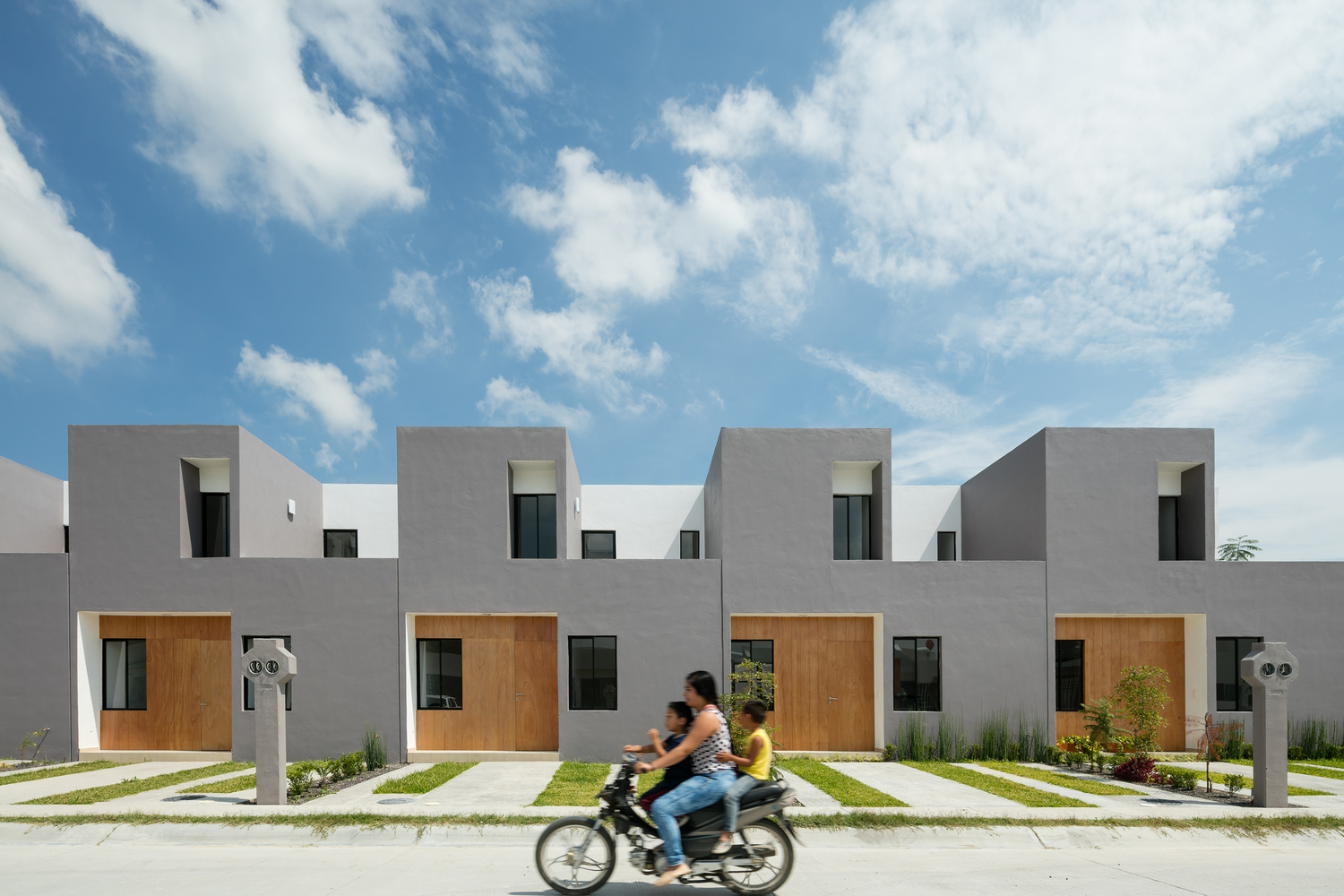 It was proposed to achieve a different landscape which has been marked by large social housing developers, where the sequence of our architectural design allows to observe a number of full and empty accented with a color change.The immediate role is completely accomplished by the use of materials not common in this sector like the front wall of Okume wood and with that emphasize the demarcation of competition. 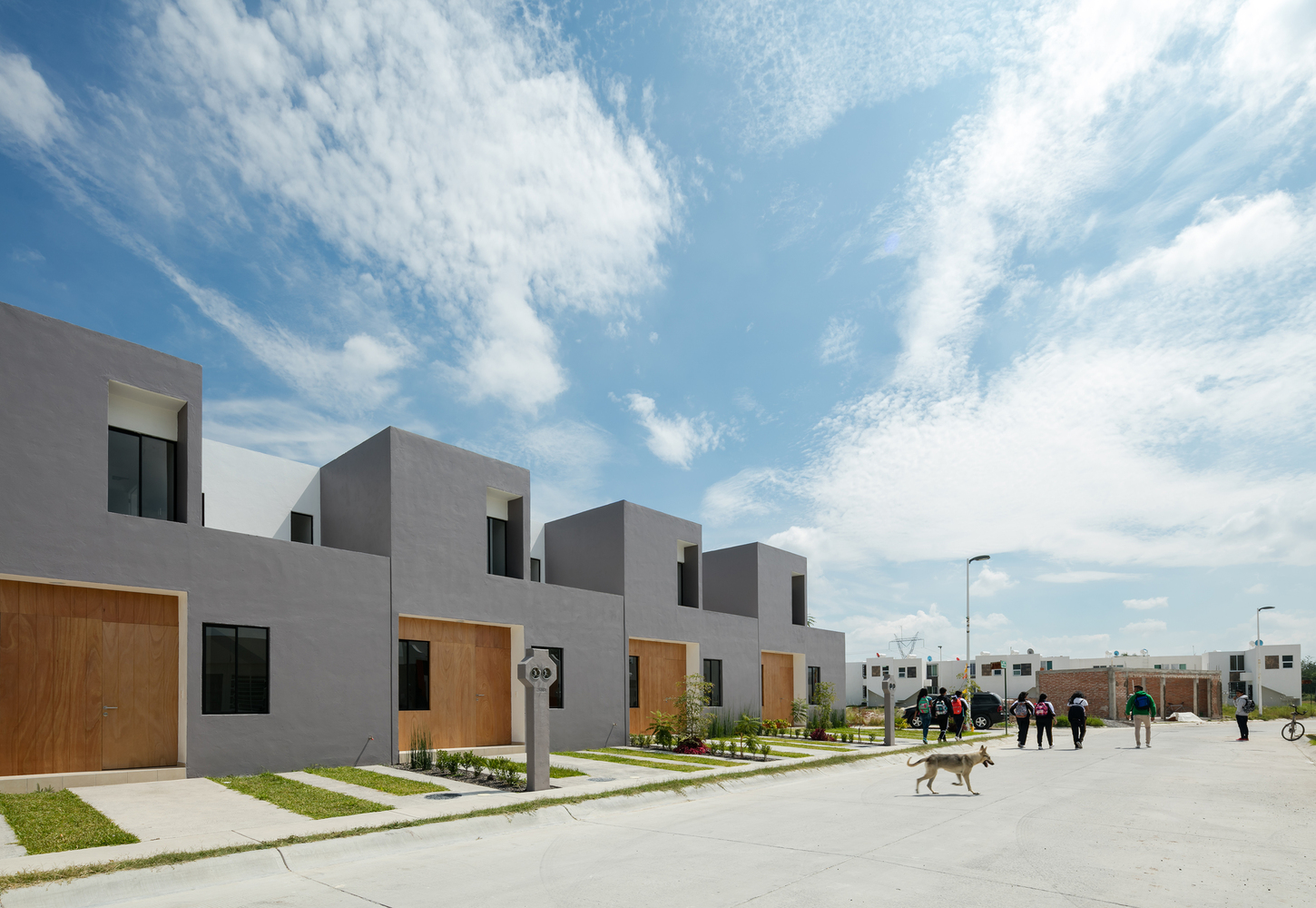 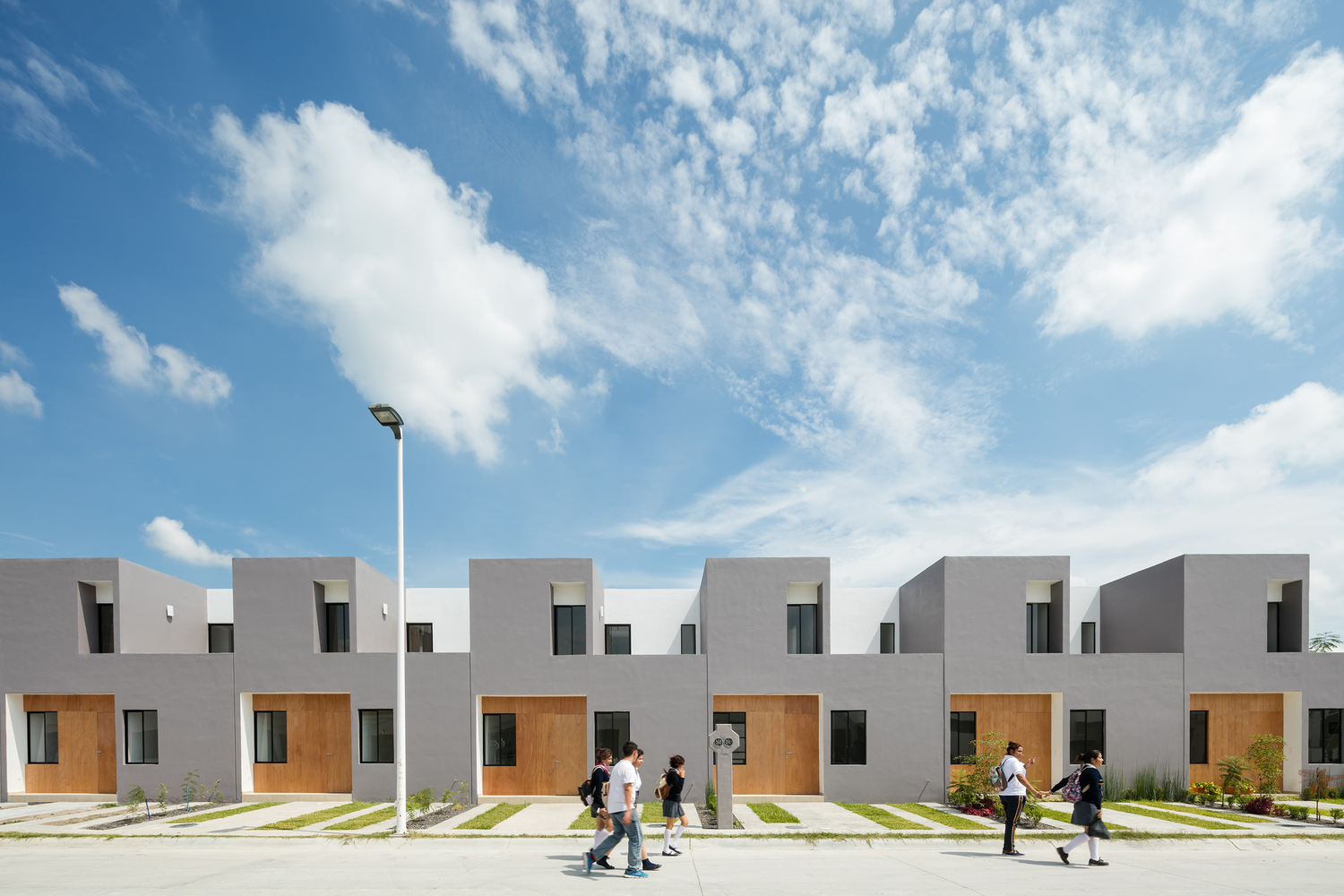 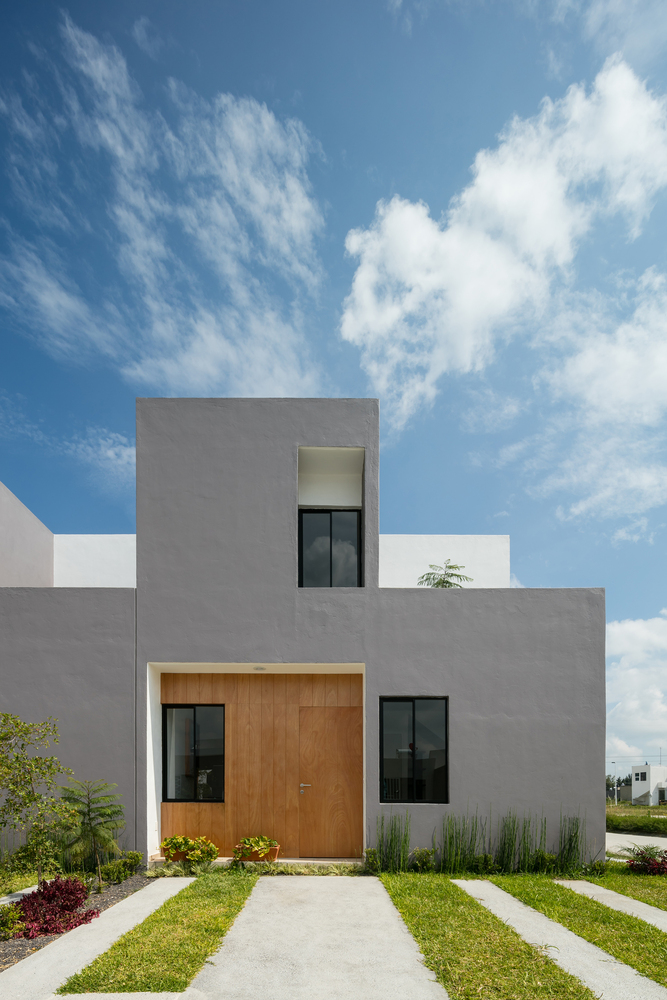 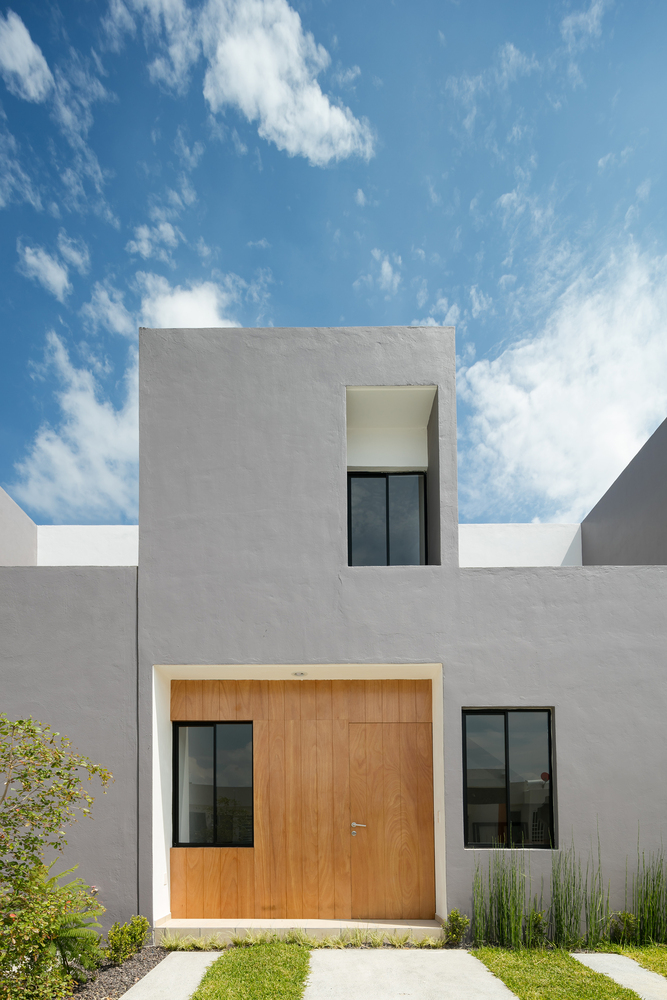 We worked on the outside a traditional flattened sand-cement base with making this offer a better product and remove in a certain way the stigma that carries the social housing in Mexico.

Inside lighting and ventilation of spaces occurs naturally through the backyard and the front of the house. According to the excess of light and the arid context, it was decided to provide small windows to the property. The back yard is shown as a living and private element, which is attached to the public area of ​​the house. We also look forward to separate the private areas from public areas of the neighbors. 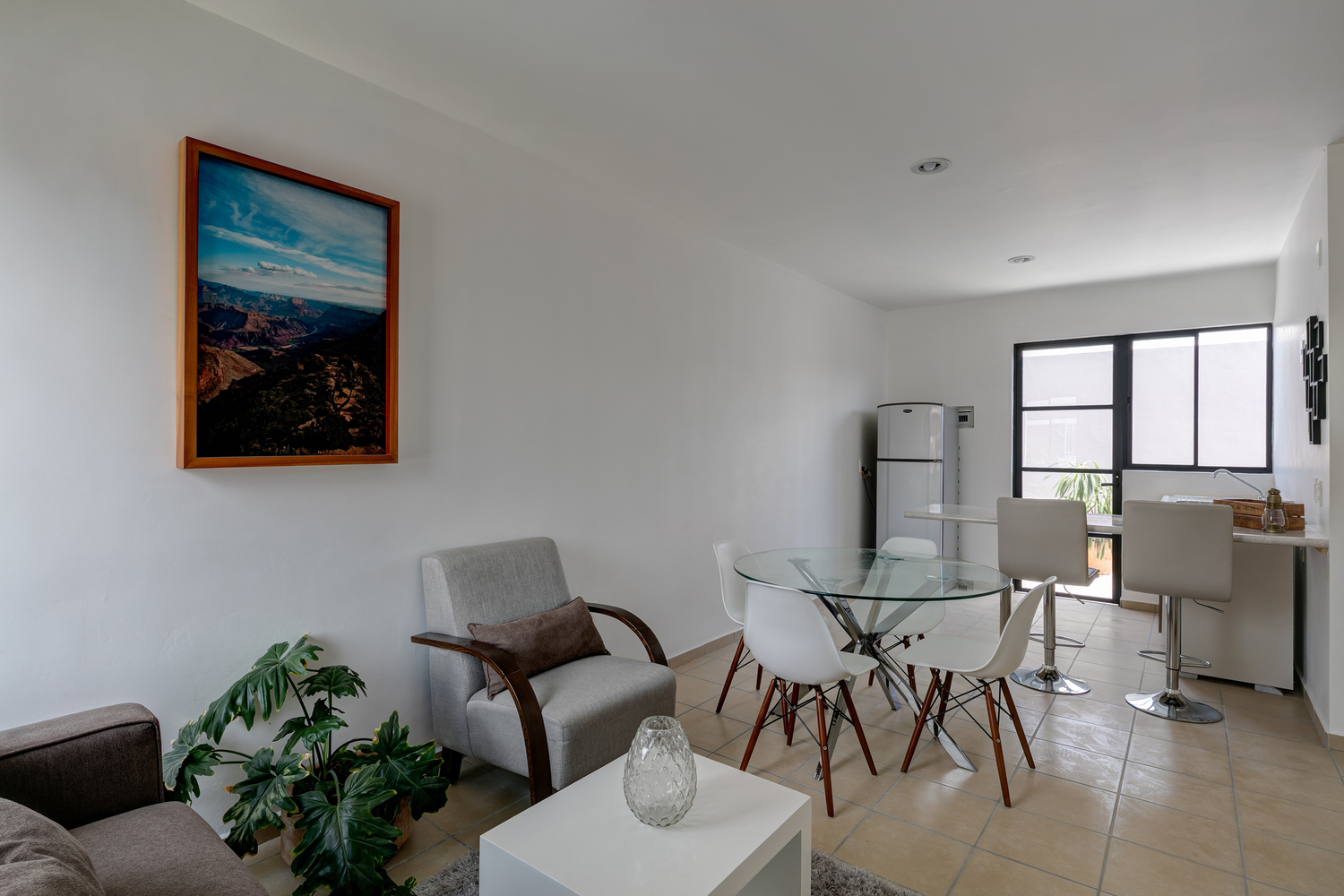 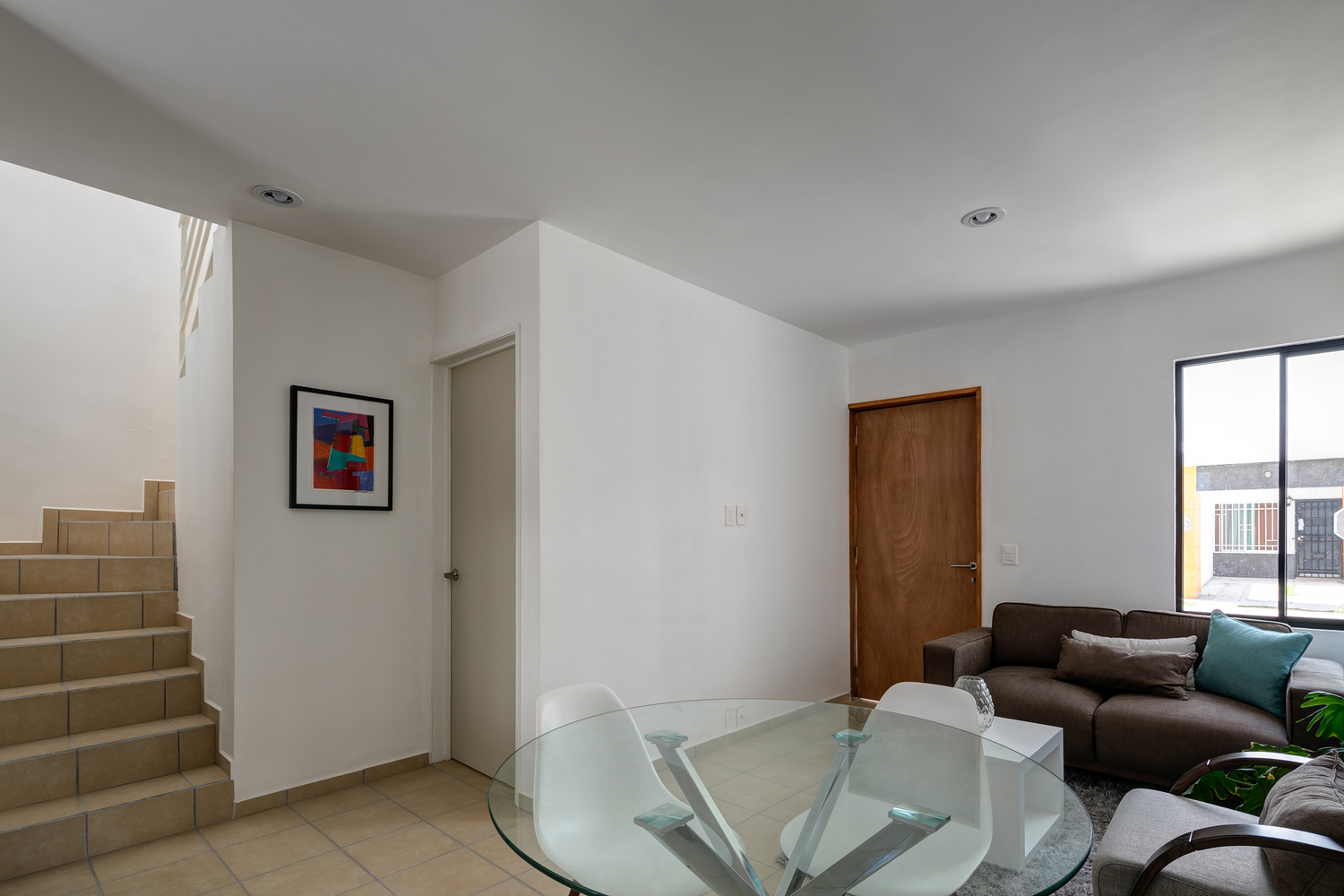 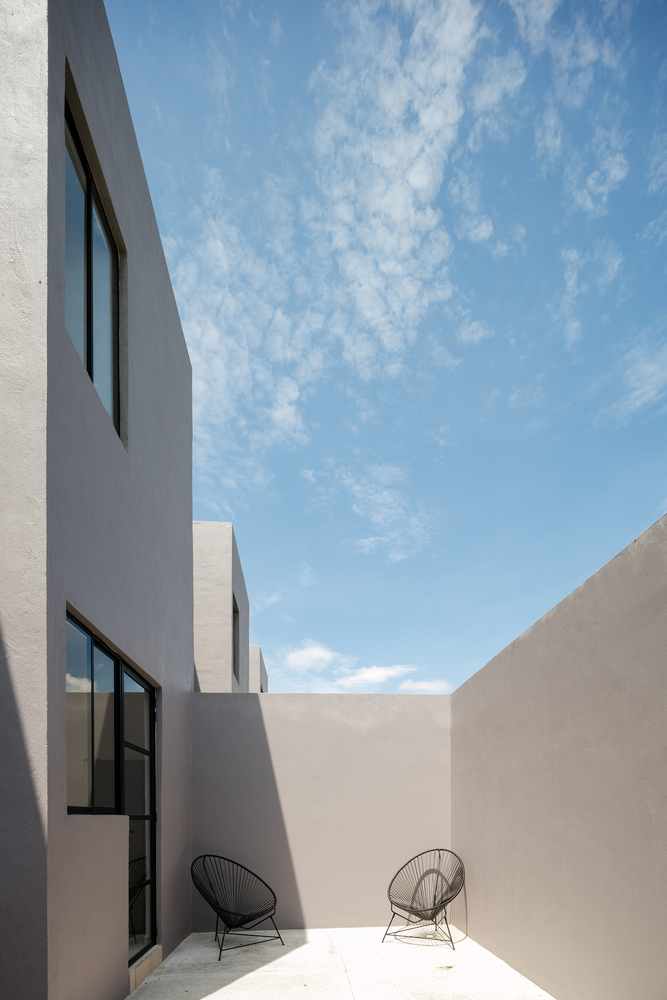 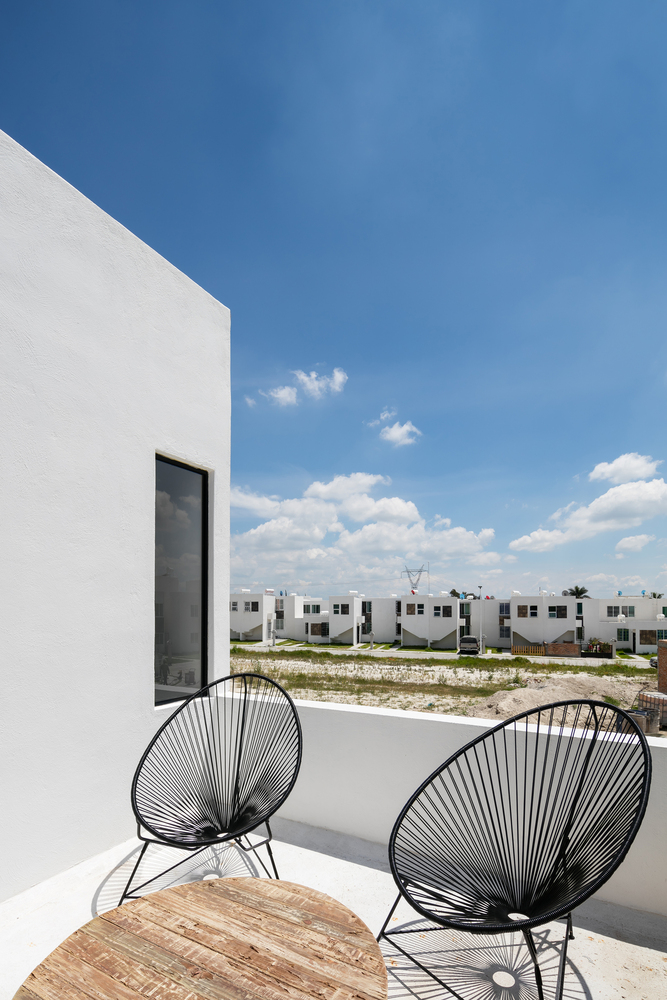 At the top there is a terrace, which is shown as an element with foundations in the principle of incrementally based on the homes of Alejandro Aravena, allowing in the future to grow automatically to prevent program changes (needs) during the time of a family in the building.

These gaps in the volume will generate a play of shadows during the day. 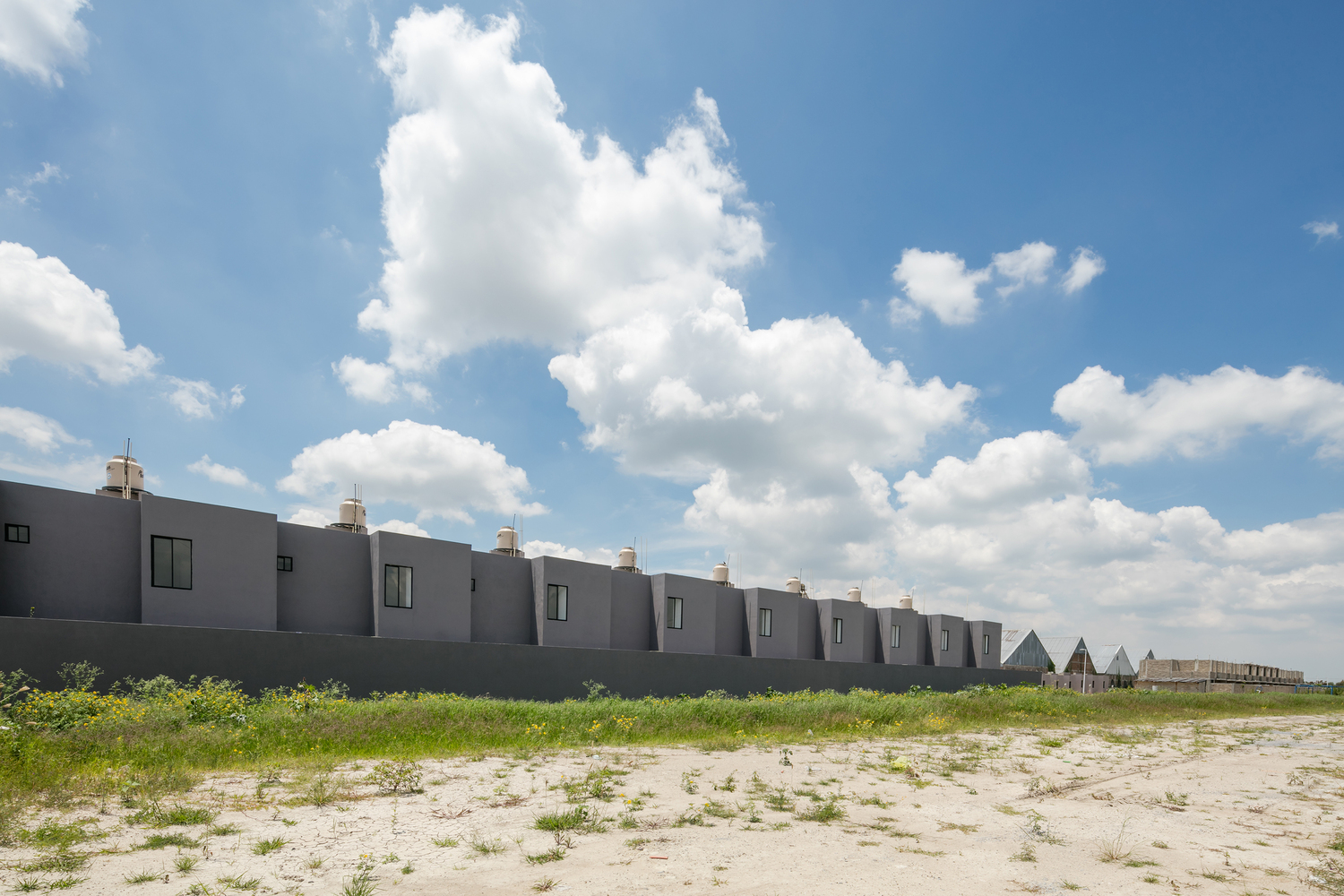 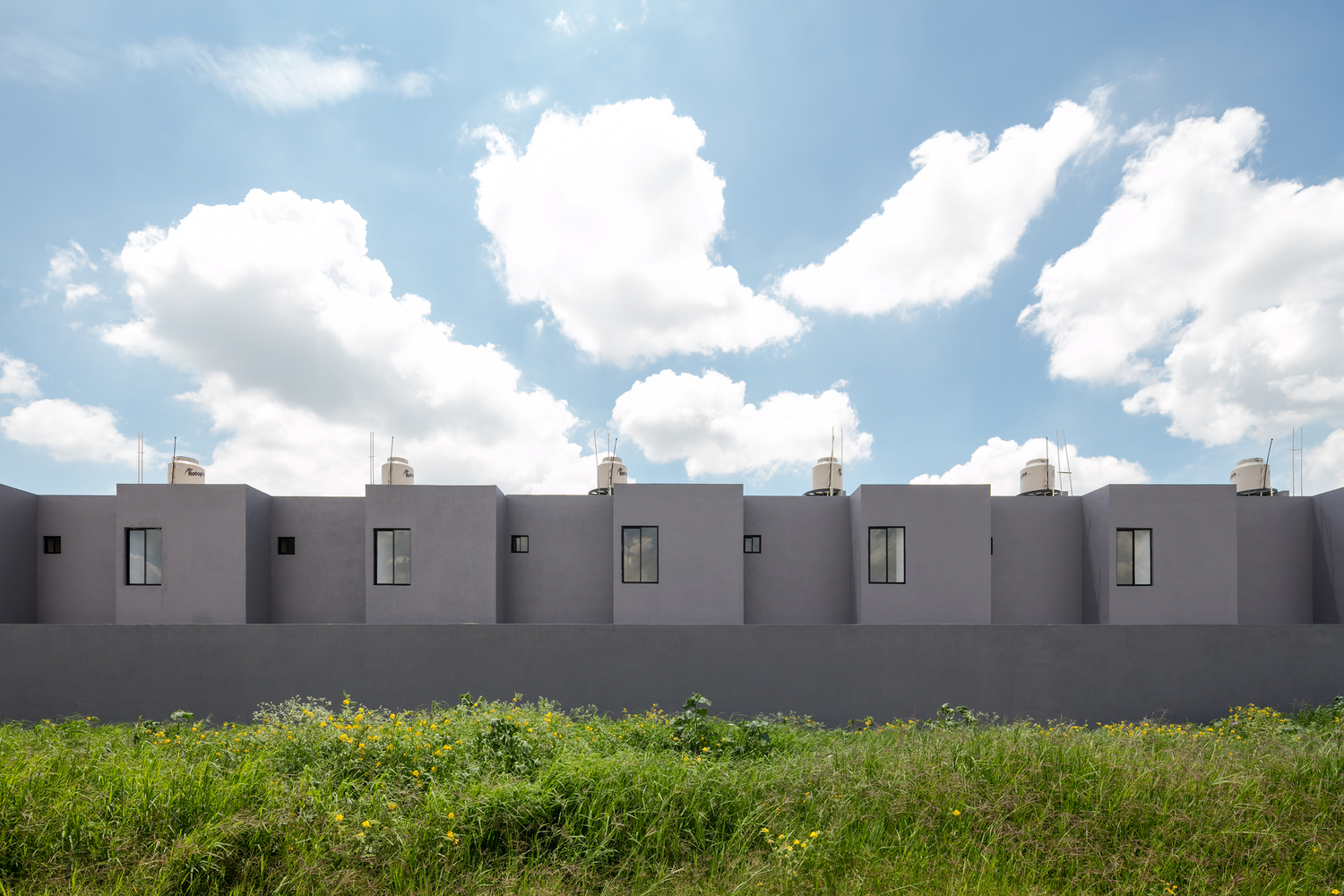 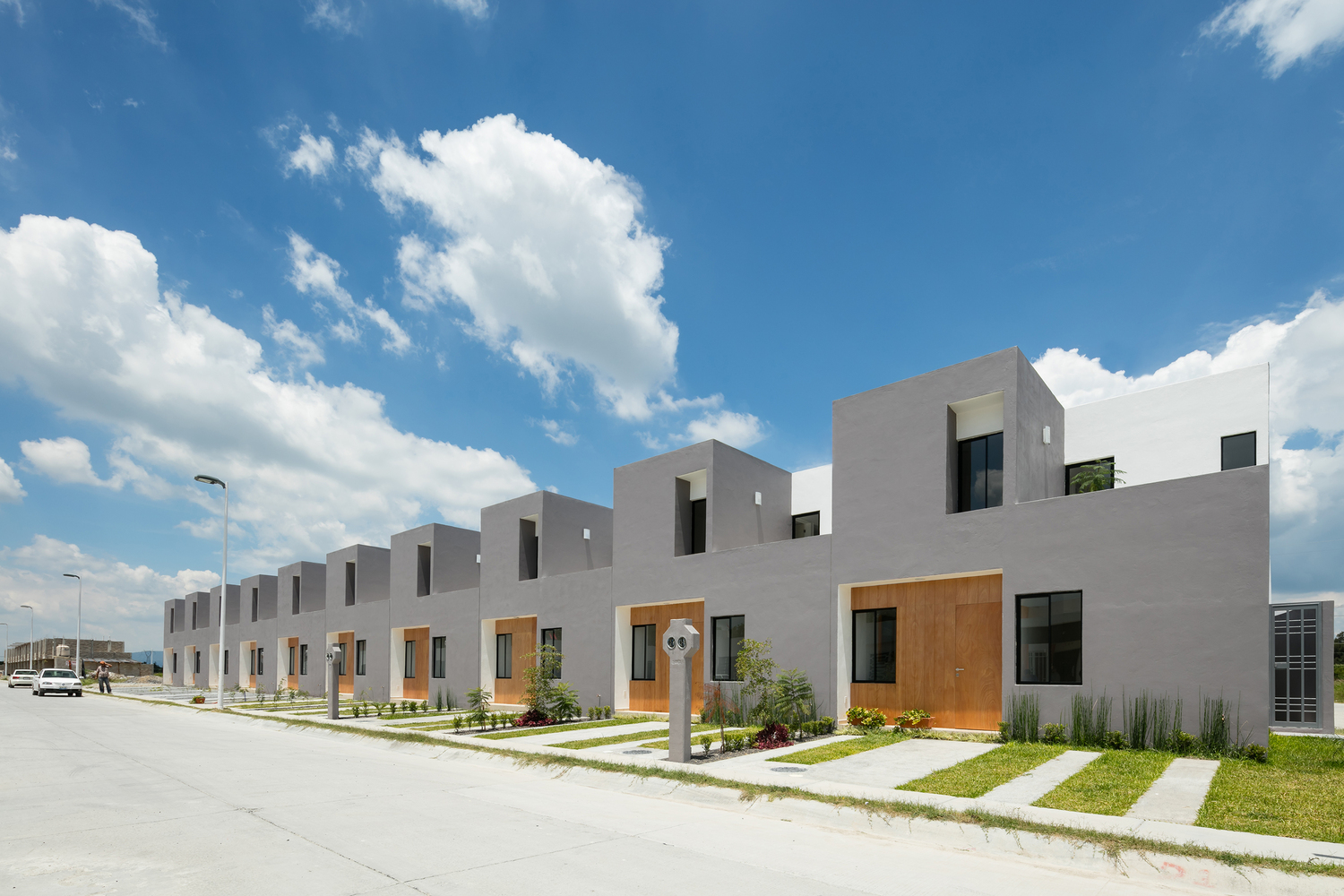