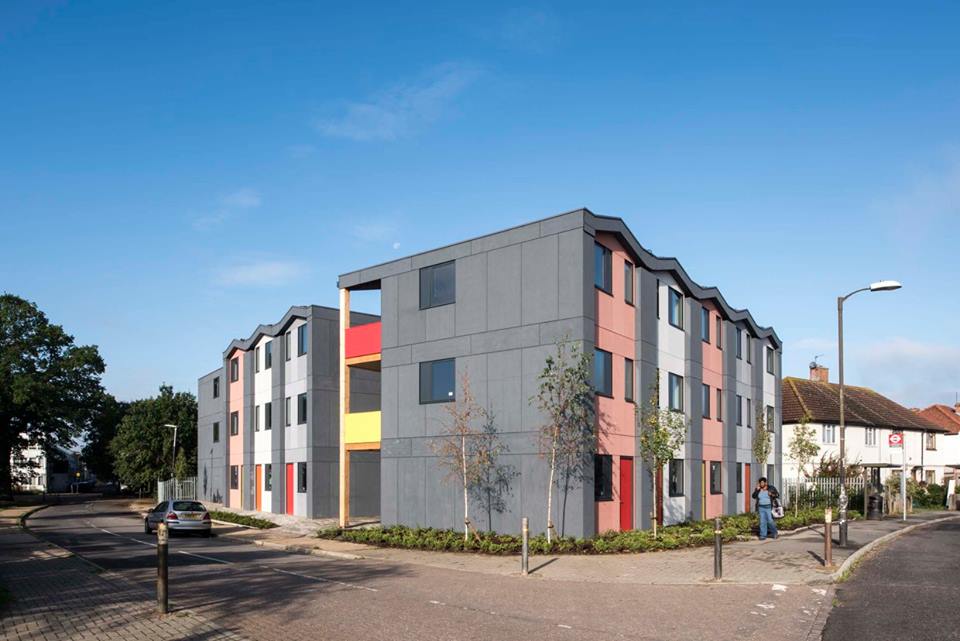 As you already know, Nigeria has a housing deficit (I must have mentioned it a ‘thousand times’) and while there are a tonne of developers out there churning out estate after estate, theres a certain group of individuals that are more or less unattended to in this issue- Young People.

In most urban cities, this bunch is left to seek out Boy’s Quarters, or BQ’s as they are popularly called, which tend to be single room ‘appendages’ to larger detached units, that are grossly inadequate for housing a 25 year old graduate just starting out. They tend to be small, lack privacy and have no sense of community, asides from being expensive, overpriced with rent required on an annual or bi-annual basis as opposed to monthly. And did I mention that these BQ’s (the sensibly built ones) are in seriously short supply?

So what would be a viable solution to housing 20+ million single young people (25-45) in Nigeria? This project in London by Rogers Stirk Harbour + Partners in collaboration with the YMCA (the world’s oldest and largest youth charity) may be a good one.

The development is called Y:Cube, and is an “off-site manufactured housing project for single people in housing need” Its designed to be an affordable accommodation scheme, boasting 36 apartments for people “leaving homelessness hostels and supported housing schemes”, which is not too far off from the scenario in country.

Here’s the architect’s description of the Y:Cube units,

The Y:Cube units are 26m² one-bed studios, for single occupancy, that arrive on site as self-contained units. Each unit is constructed in the factory with all the services already incorporated. Therefore, the water, heating and electricity can be easily connected to existing facilities or to other Y:Cubes already on site. This ‘plug and play’ approach results in a modular, demountable system of apartments that are perfectly designed for brownfield sites. Additional units can be added if needed and whole developments can be taken apart and rebuilt in new locations. This modern method of construction makes for a neighbourly, clean and quiet site. 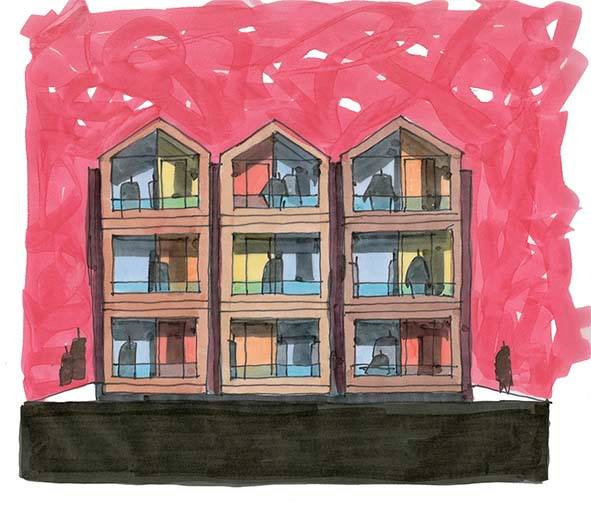 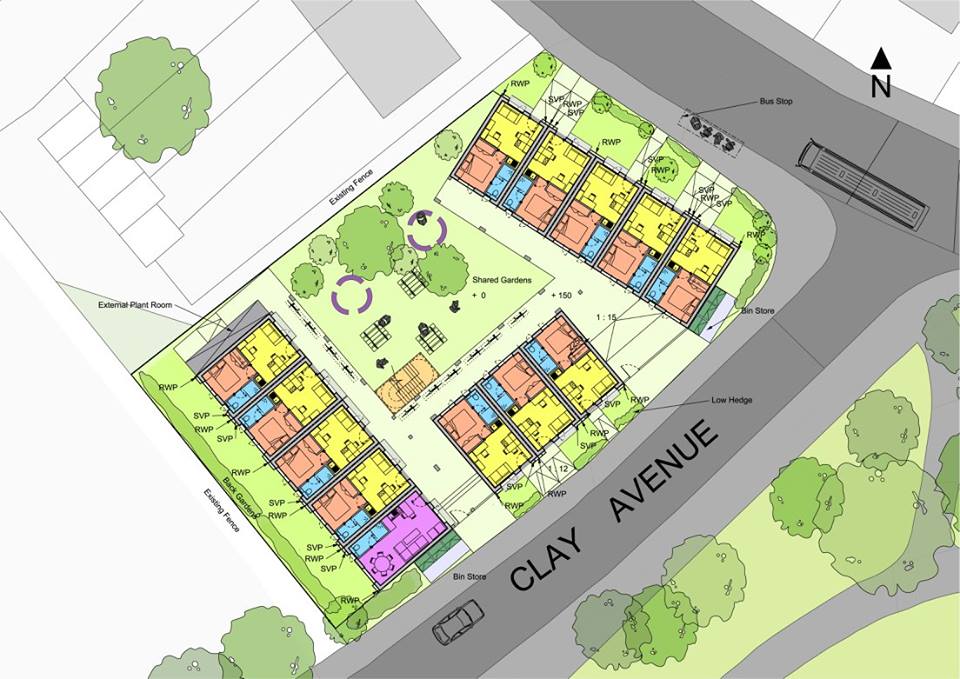 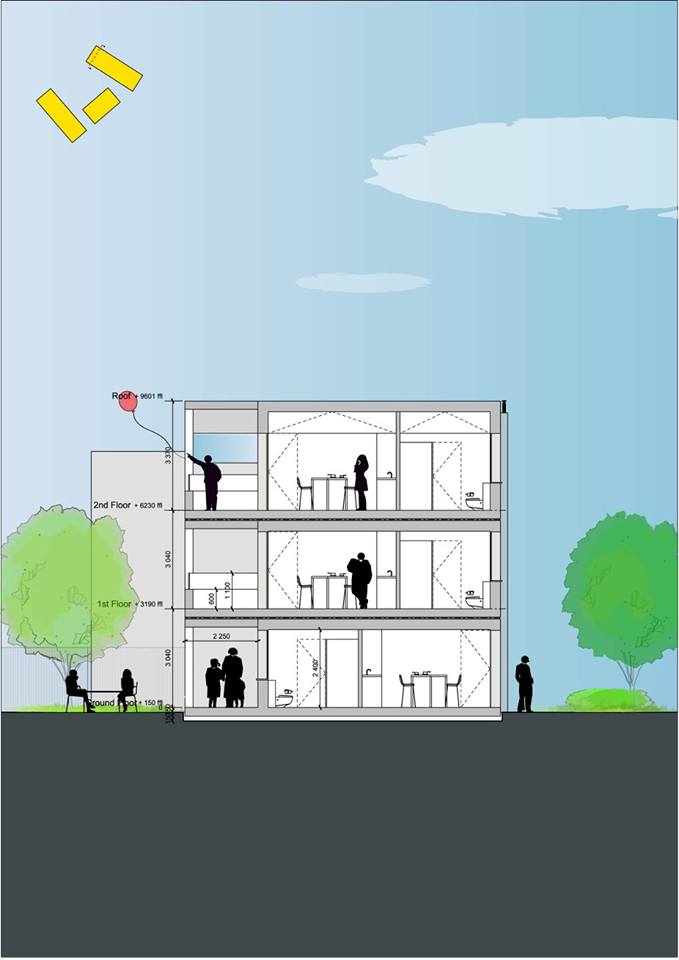 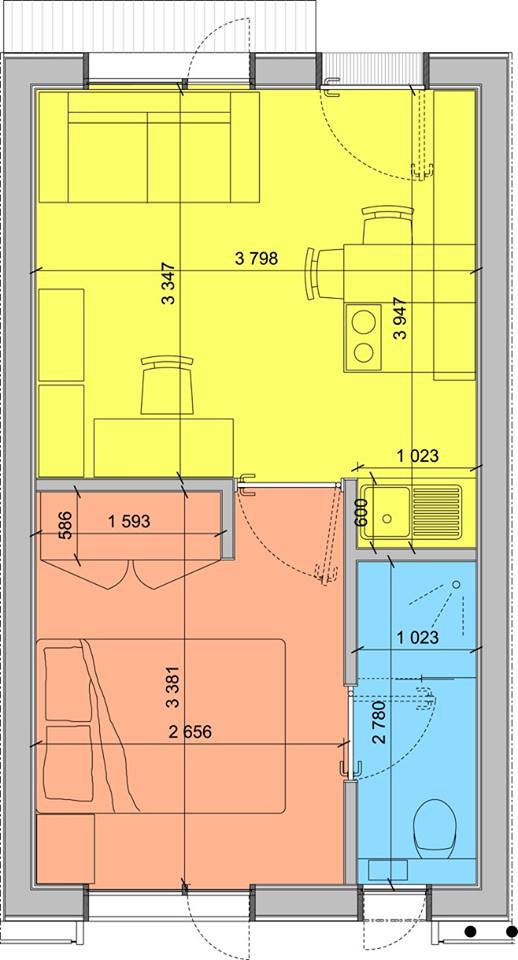 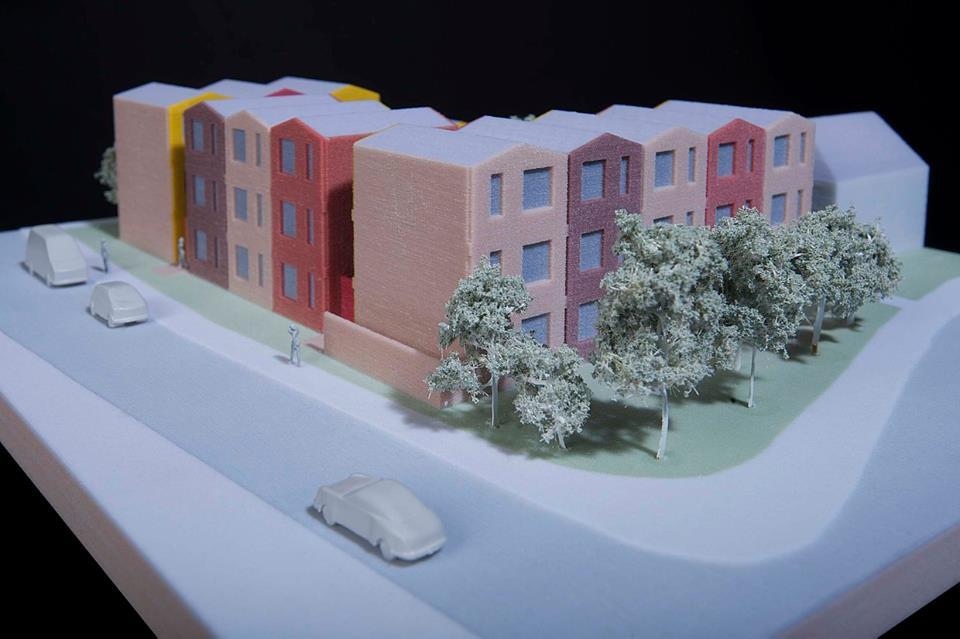 The apartments (which cost around £ 30,000 each, to build) are being rented out at 65% of the market rate in the area where they are cited, and this is made possible due to the off-site method of construction, which in turn led to a far quicker build programme – around five months. The construction methodology and speed of installation mean each unit cost significantly less than a conventionally built equivalent.

“Y:Cube offers generous space and exceptional insulation, daylight and acoustics. By delivering high-quality accommodation using quick and cost-effective volumetric technology, we hope to offer a new model for house building in the future.” 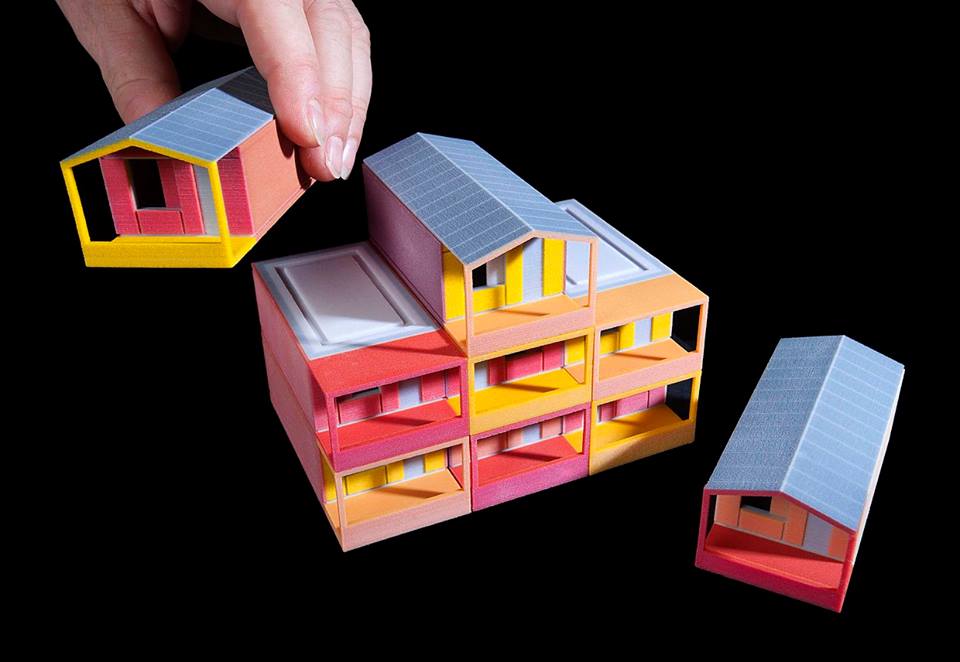 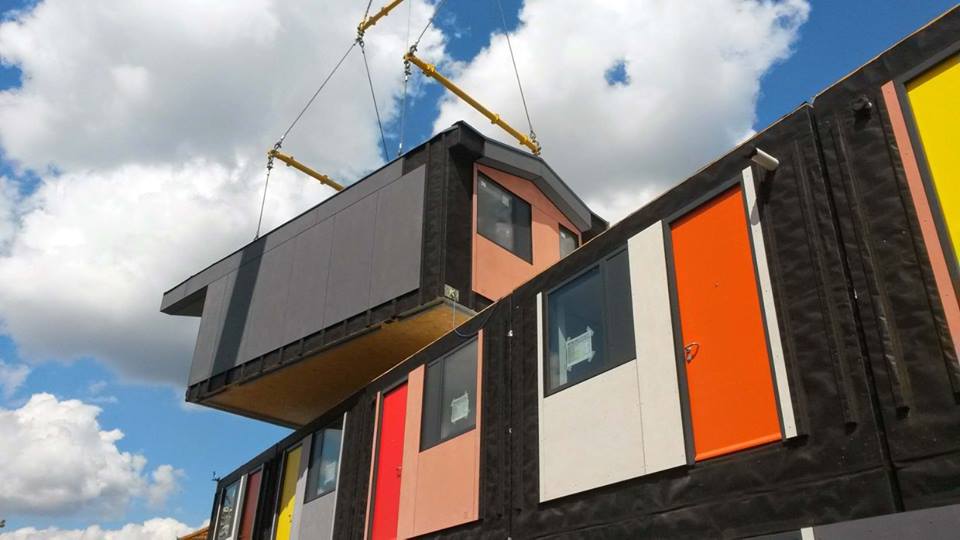 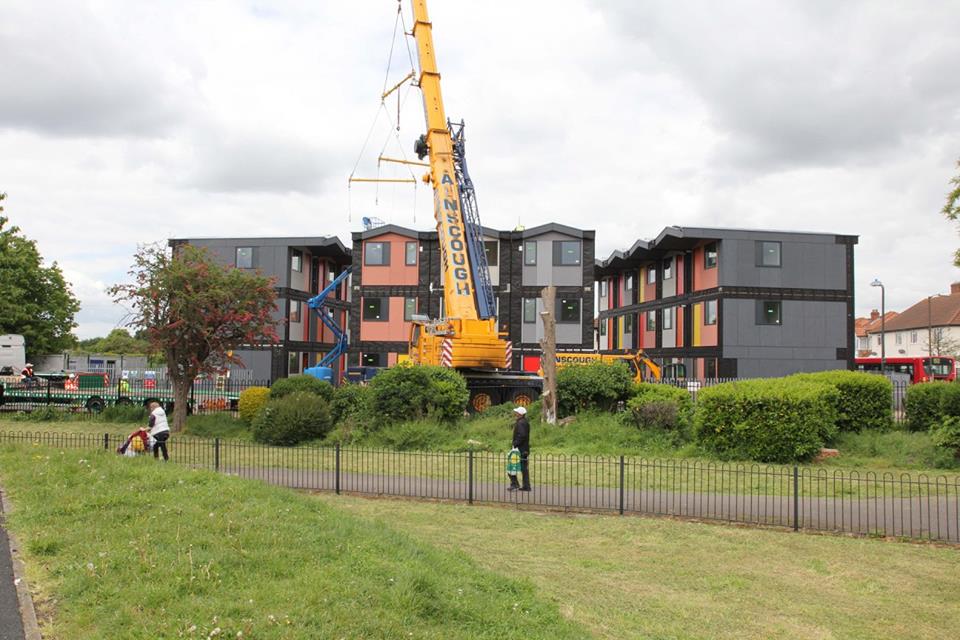 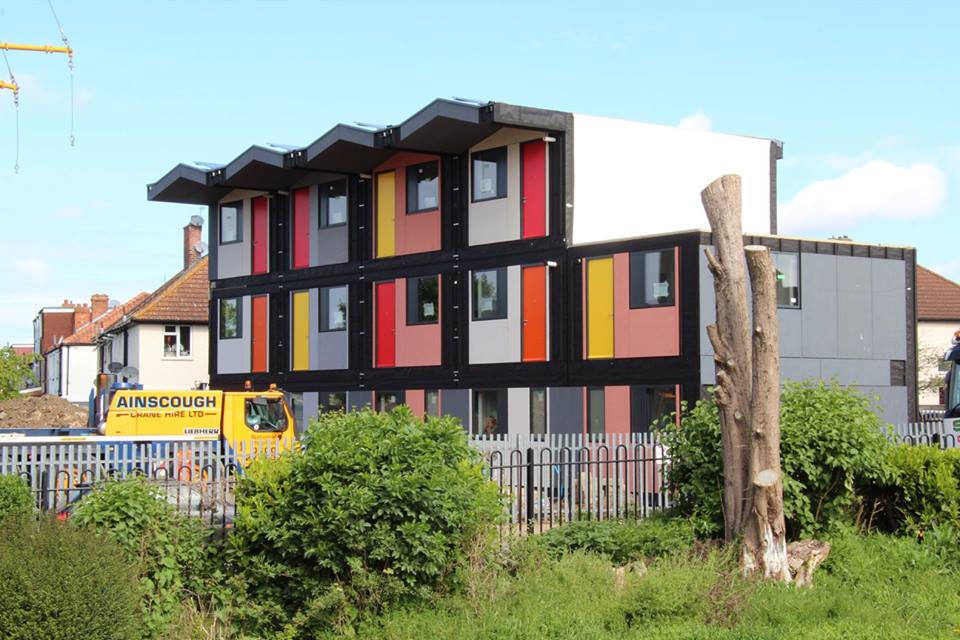 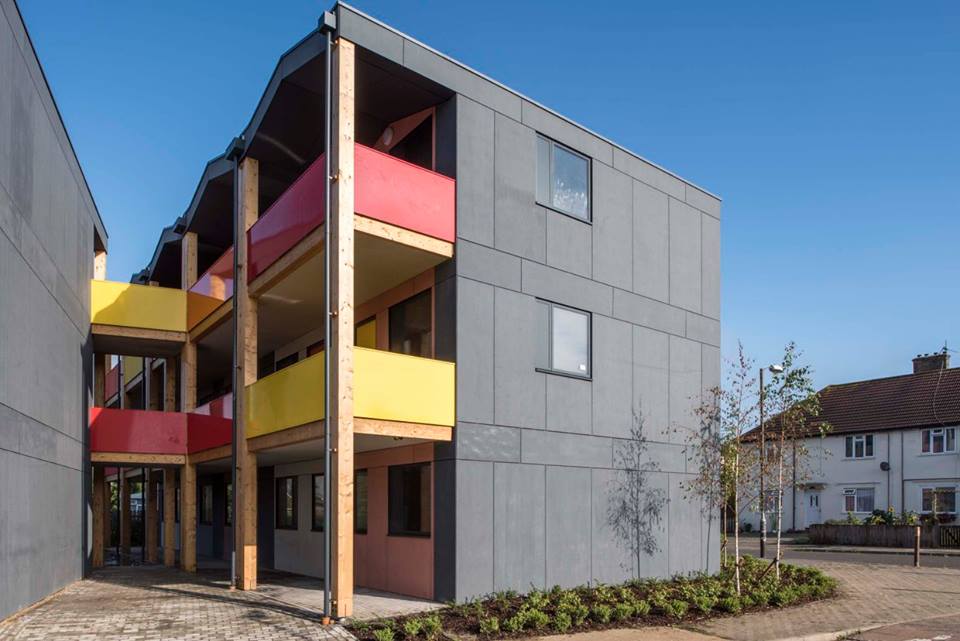 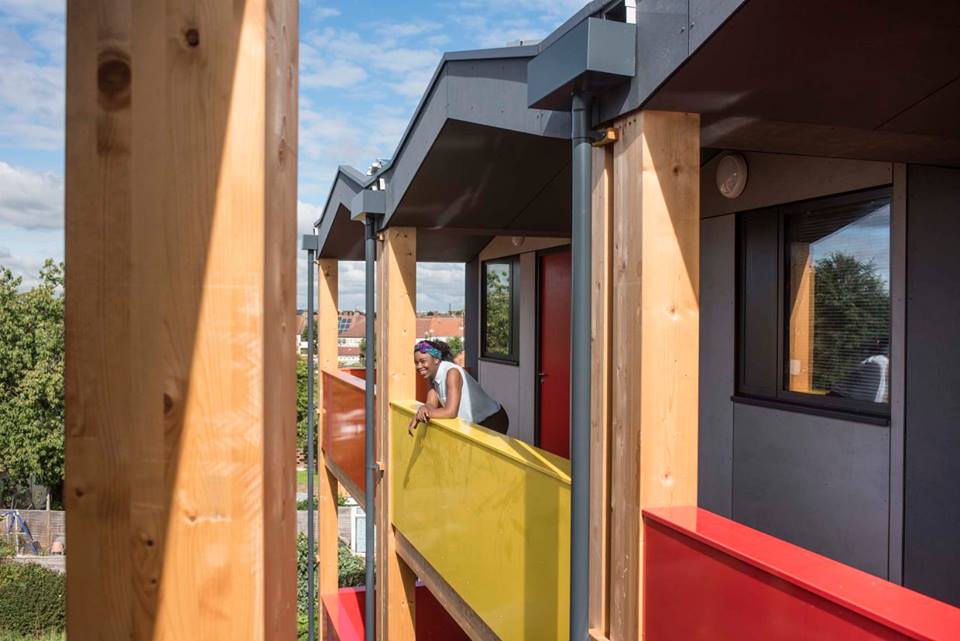 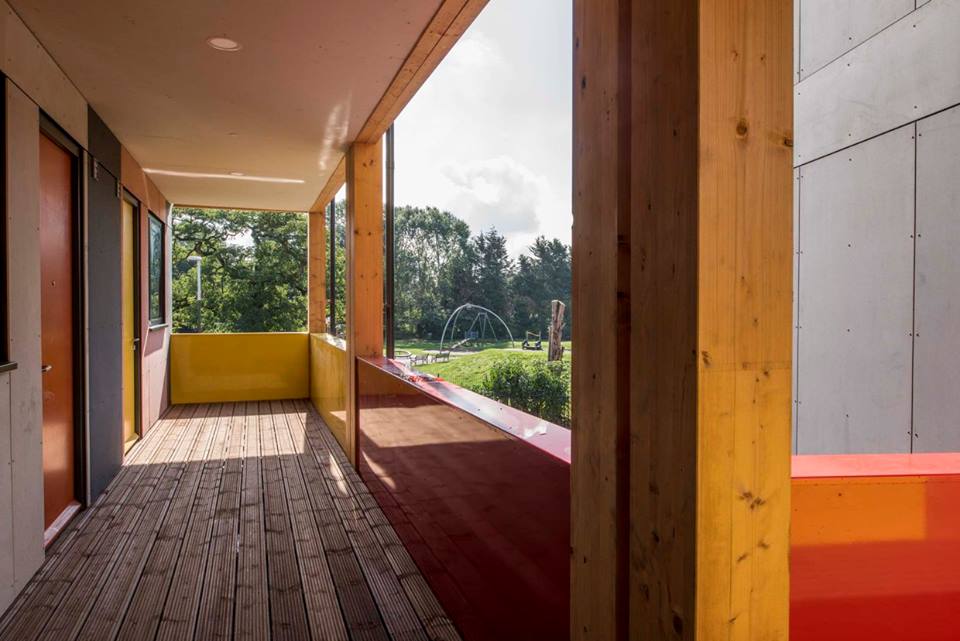 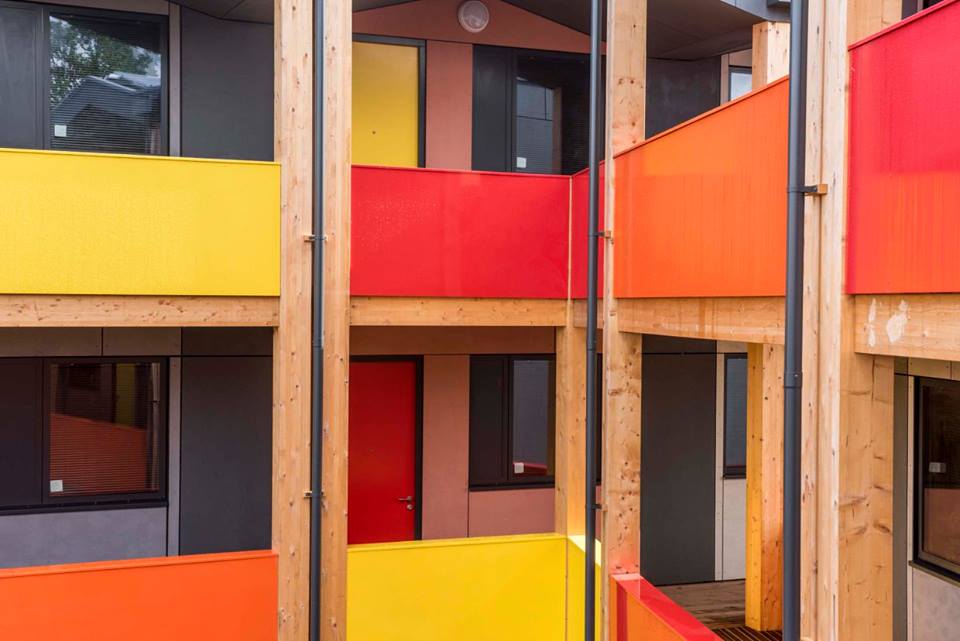 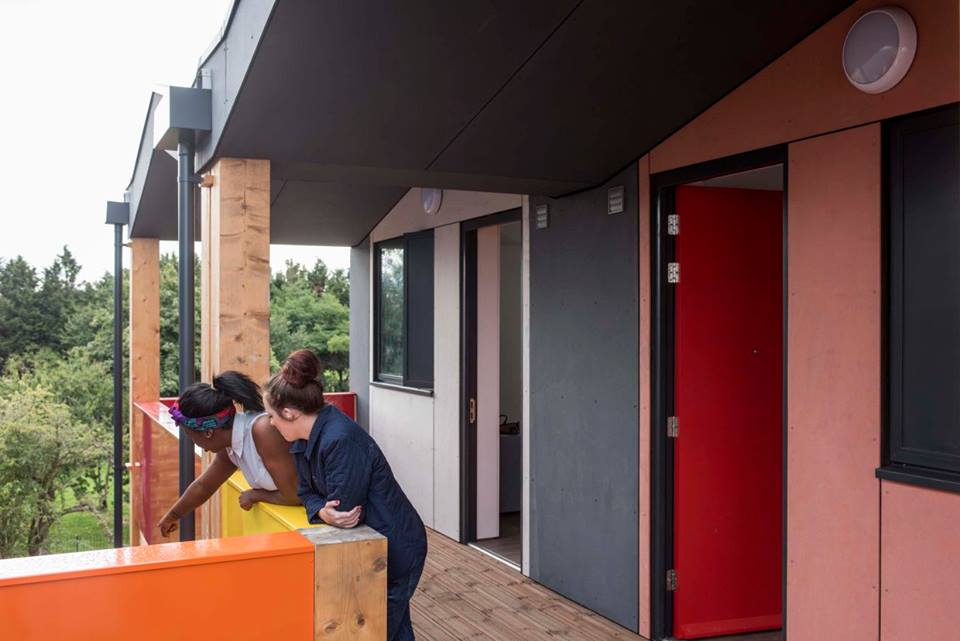 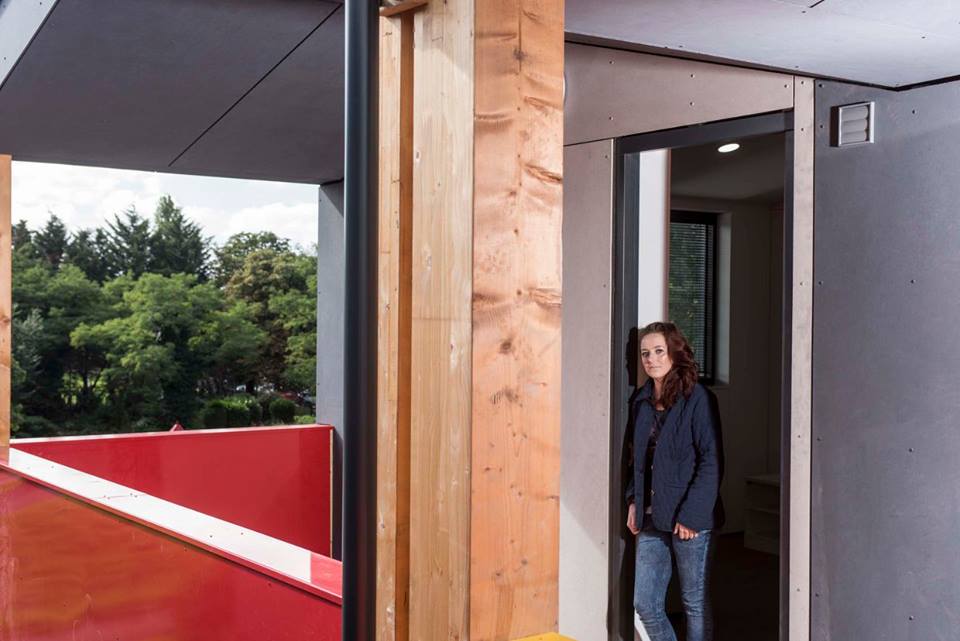 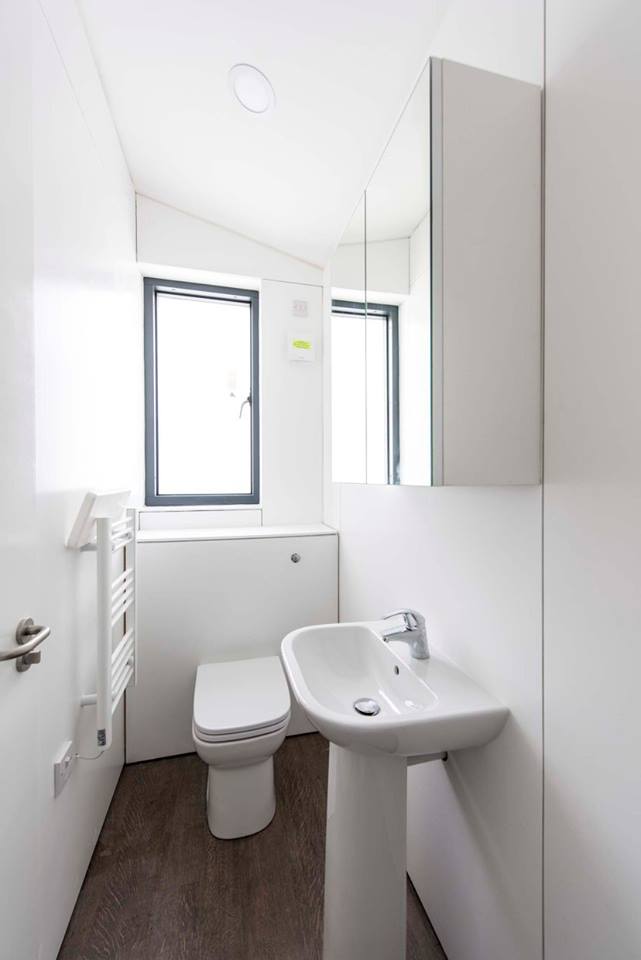 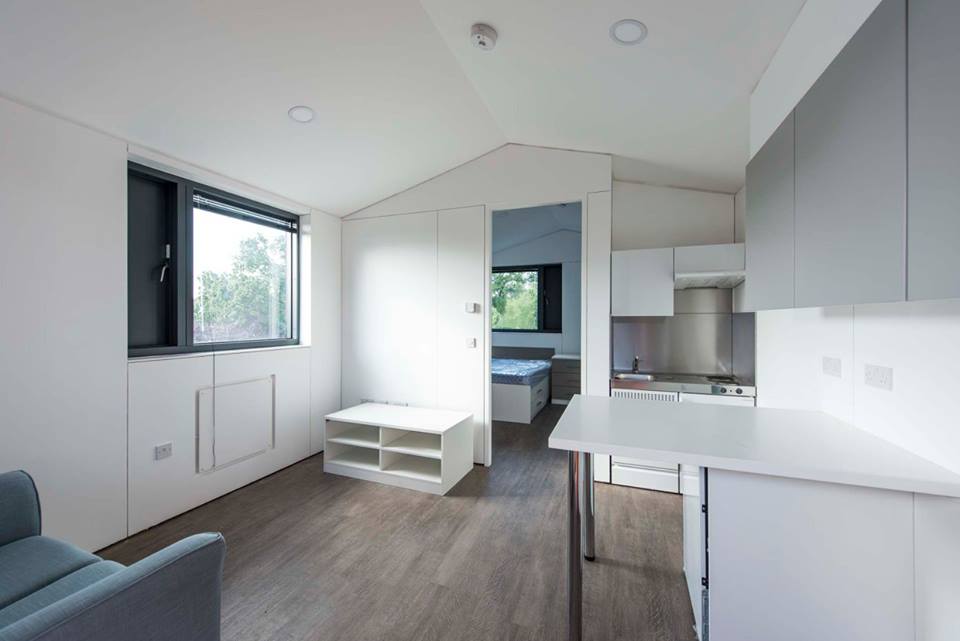 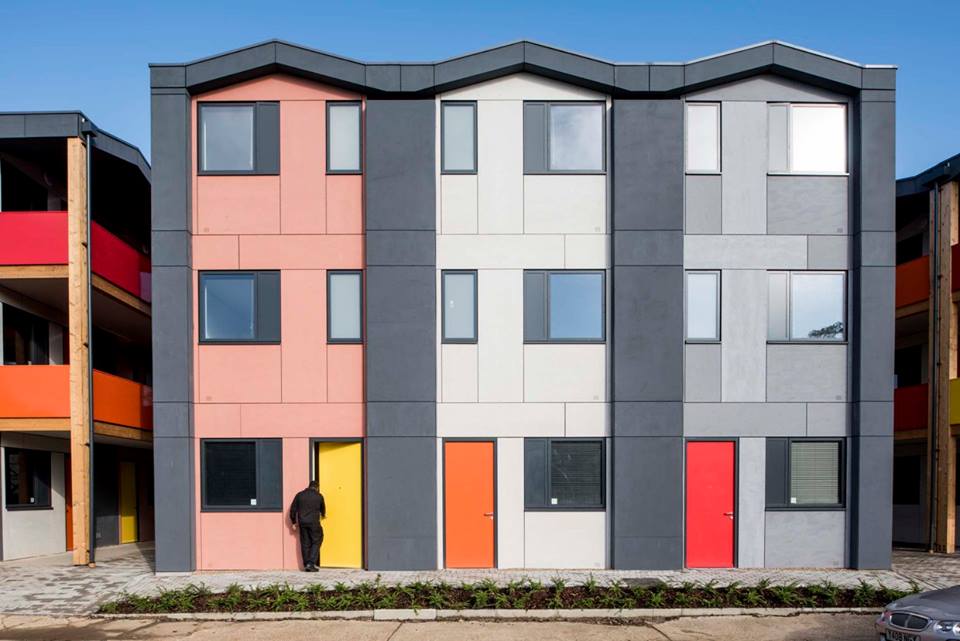 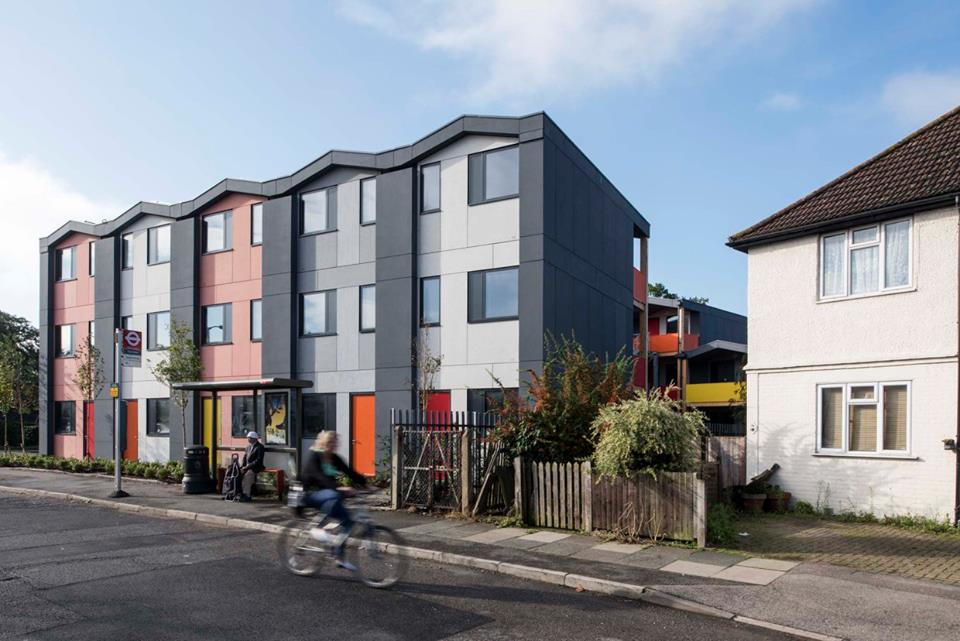 “As the largest provider of supported accommodation for young people in the country, YMCA is increasingly seeing young people struggle to afford the costs of private rent, leaving them with few options when they are ready to move on…..Even for a young person in employment, a combination of low wages and high rents can quickly see them priced out of the market. We believe Y:Cube presents a significant opportunity to deliver genuinely affordable housing to meet the increasing demand.”

The same can be said about young people in Nigeria. Without support from parents or family, they are not catered to in terms of viable developments, and for the few that do exist, they to are also “priced out of the market”. These are the sorts of developments, to me, that we as architects, designers and developers need to begin to explore, in a bid to further reduce our deficit.

The video below shows Wendy Omollo, 24, as one of the first Y:Cube tenants to move into the site. Having previously been homeless and slept rough on the streets in Kingston upon Thames, she came to YMCA London South West in February 2015.