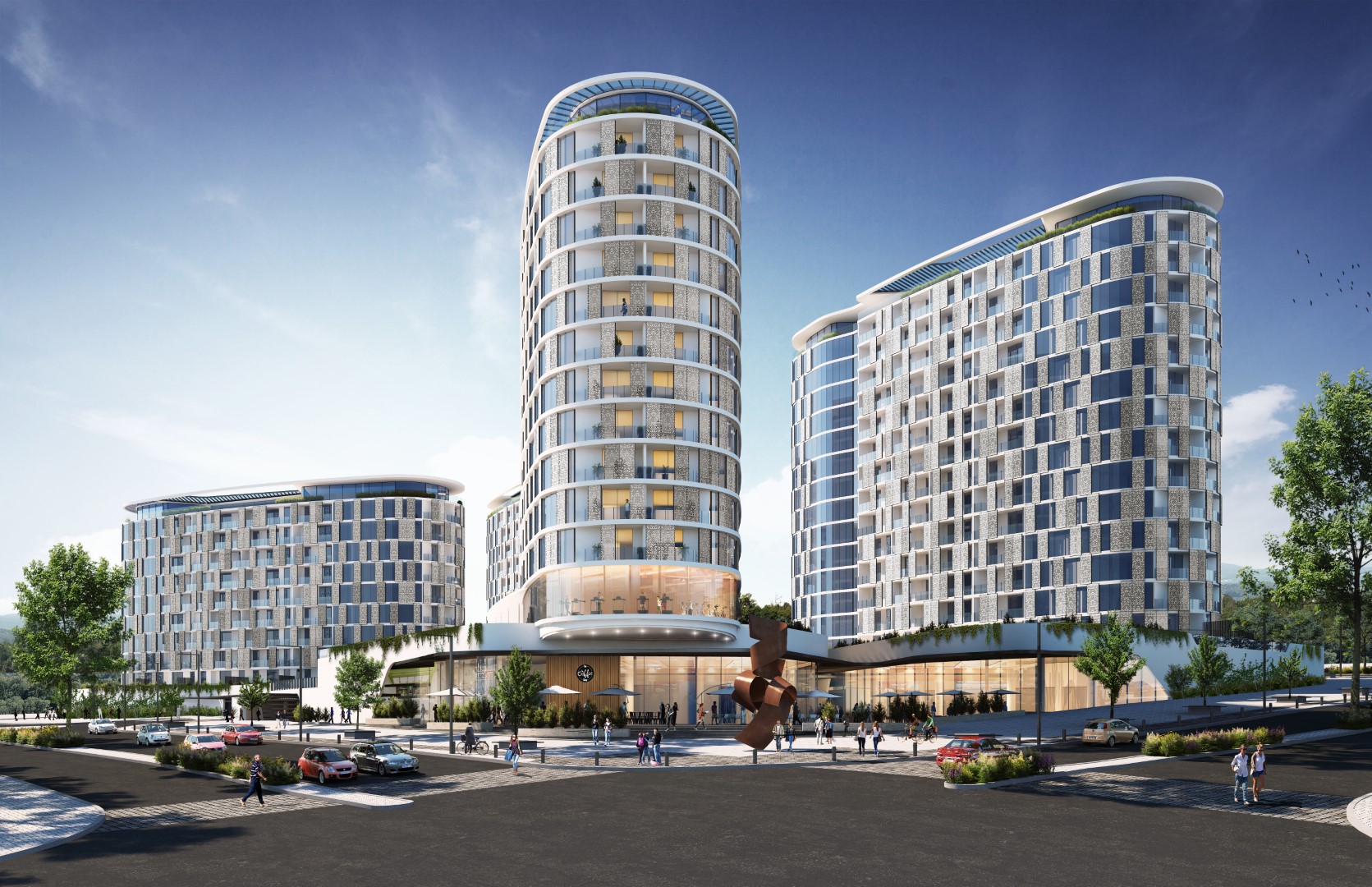 Waterfall City is a rapidly developing mixed-use suburb that encompasses a variety of lifestyle, residential and commercial functions. Prominent buildings within the district include the Mall of Africa, as well as several high-rise office blocks. The vision of Waterfall City is to establish a vibrant, modern destination that embraces urban living.

The brief from the clients, co-developers Attacq and Tricolt, was to create a unique residential complex, including executive 1-bedroom, 1-bedroom, 2-bedroom and 3-bedroom units as well as multiple penthouse suites. 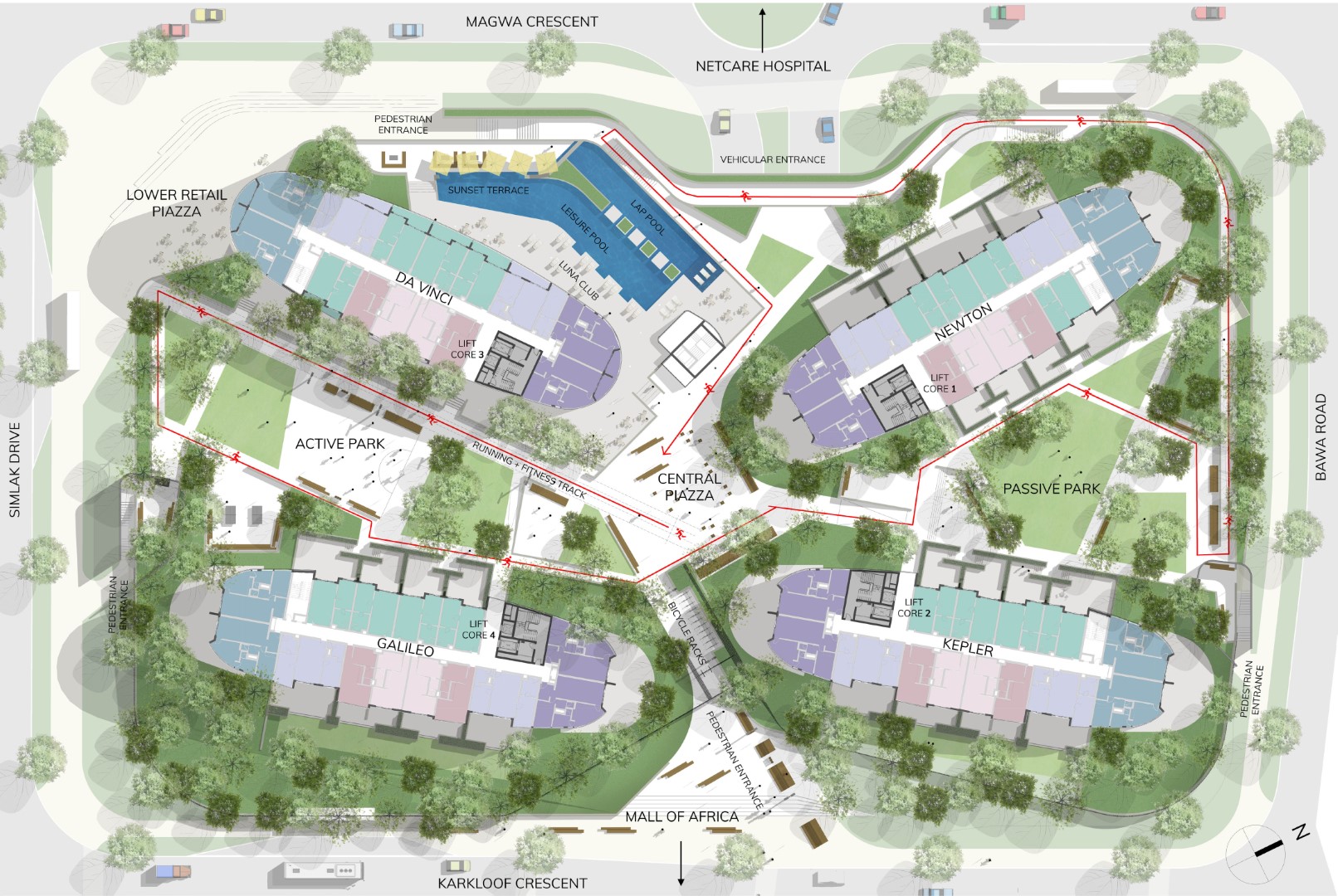 In response to the brief, dhk moved away from the traditional rectangular apartment block design and decided to take on a more unconventional form. To make best use of the property’s unobstructed views, dhk proposed four separate elliptical towers. The buildings’ shape takes inspiration from an ellipse (a mathematical term for a curved plane surrounding two focal points) which is highly efficient in terms of ratio of surface area to internal volume. The lack of corners reduces the visual profile of the buildings and was identified as the most suitable form when considering multiple towers in proximity to one another. Inspired by their mathematical origins, each tower is named after some of the world’s most celebrated scientists, namely, ‘Newton’, ‘Kepler’, ‘Da Vinci’ and ‘Galileo’. Each tower has an identical footprint; however, the height of each differs. ‘Newton’ has 10 storeys, ‘Kepler’ has 11 storeys, ‘Da Vinci’ has 13 storeys and ‘Galileo’ has 15 storeys. 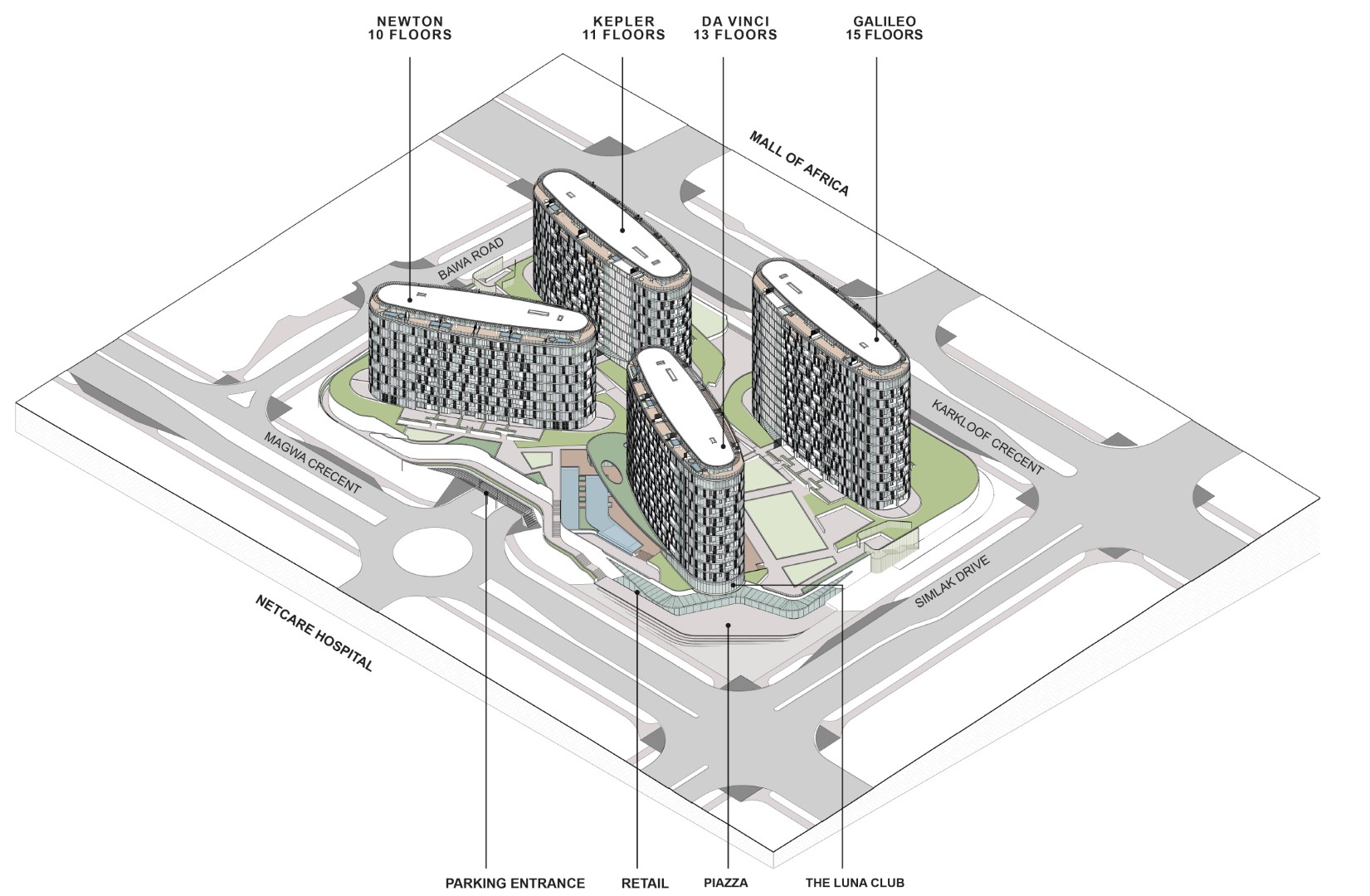 The curvilinear façade of the towers is complemented by a mix of moveable and fixed screens which serve to animate the elevations. This produces an ever-changing collage resulting from the movement of the sun and the moods of its occupants.

The towers sit on a raised podium, creating an elevated ground floor with a parking garage and services infrastructure underneath. Extensively landscaped, the podium level includes a central piazza, running track, active and passive parks, lap and leisure pools, verdant gardens and ’The Luna Club’ to engage residents and encourage community activity. At street level, an elevated forecourt addresses the most prominent corner where retail spaces spill out onto the activated street edges to embrace other users from the broader Waterfall City community. 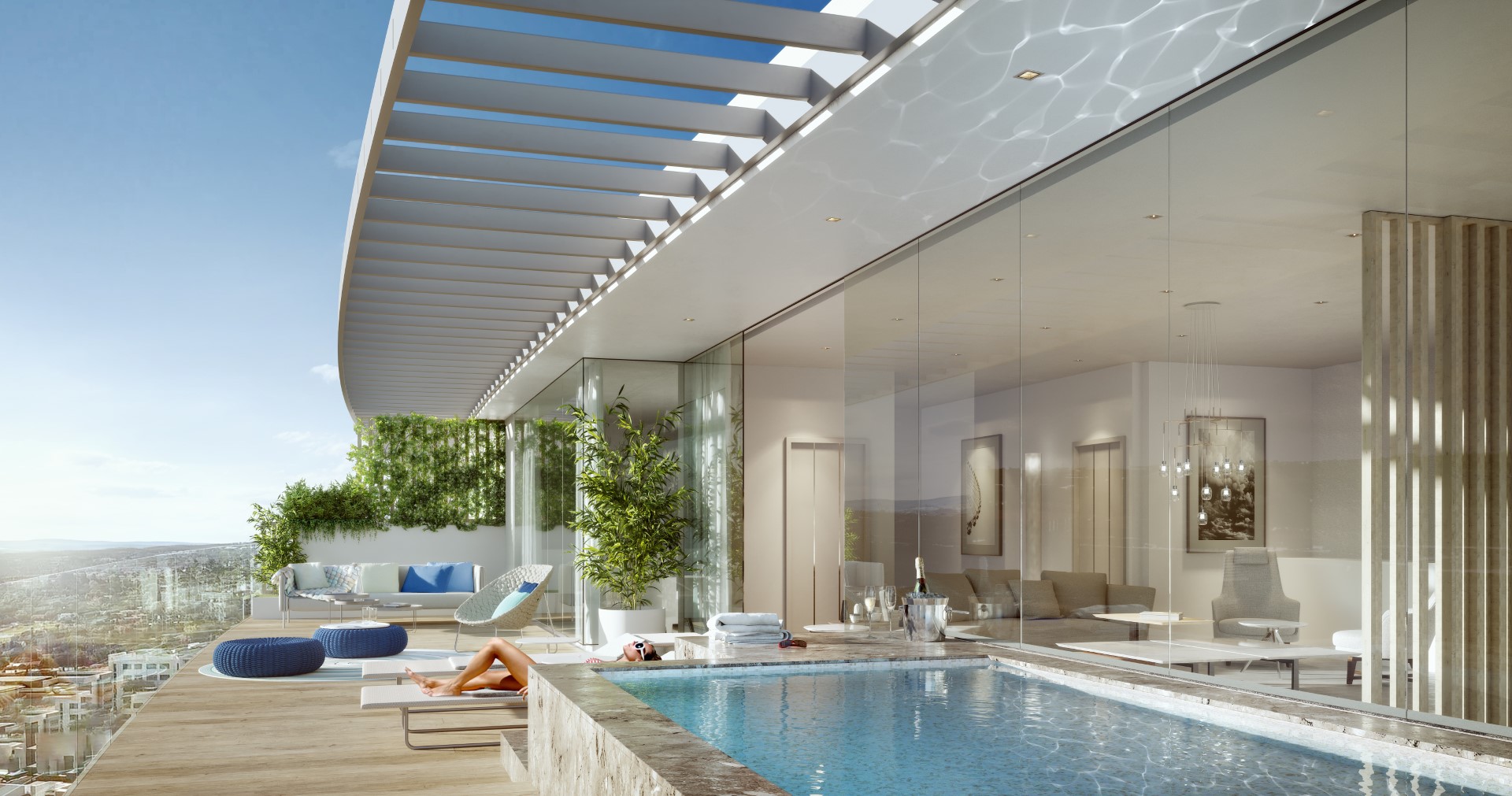 The interiors of the buildings have a clean and contemporary aesthetic, complete with ultra-modern finishes, high ceilings and large windows that provide panoramic views of the Gauteng skyline. Designed with user experience in mind, everything has been considered to optimise internal functionality and flow. The interior design was completed by dhk’s sister company, dhk thinkspace. 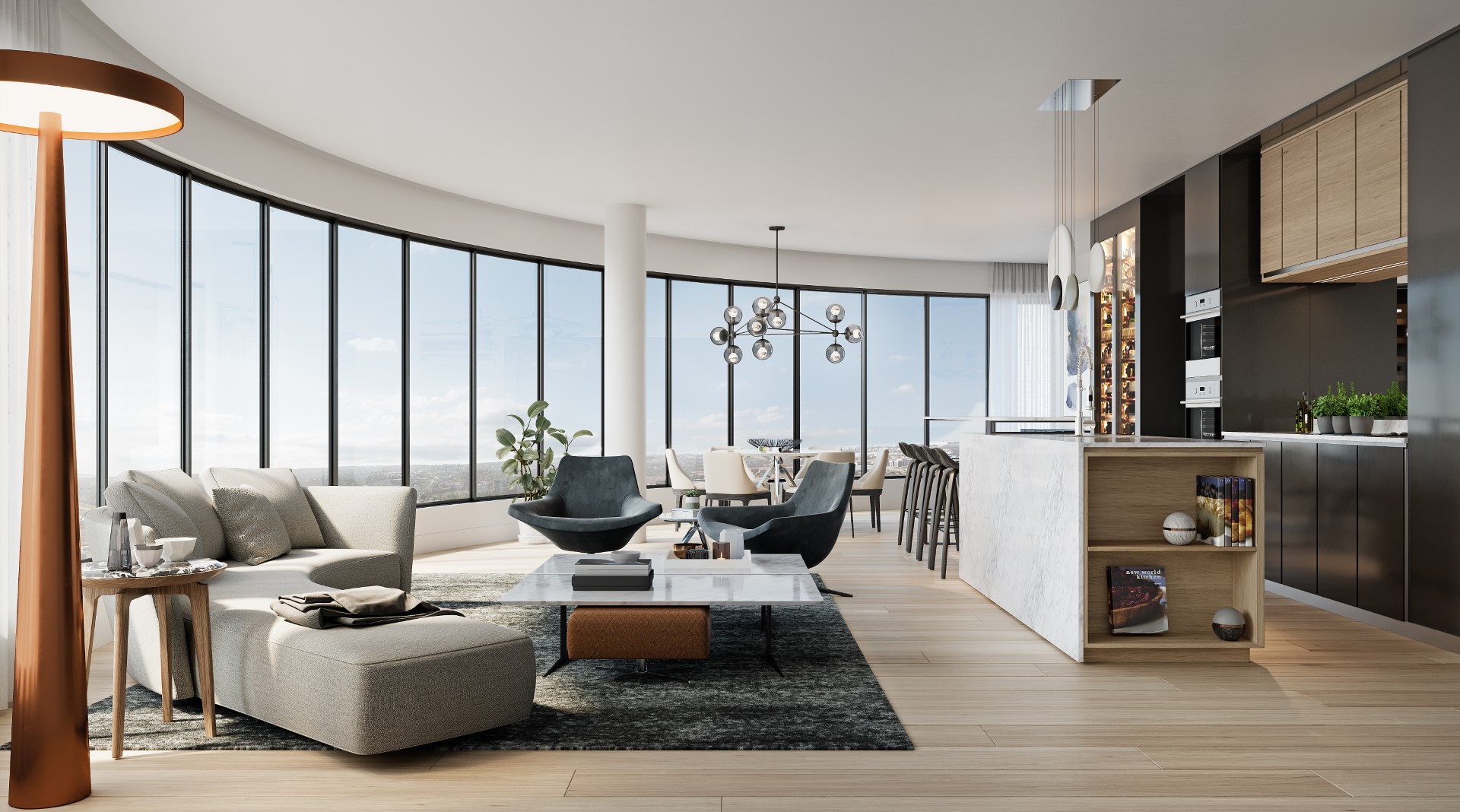 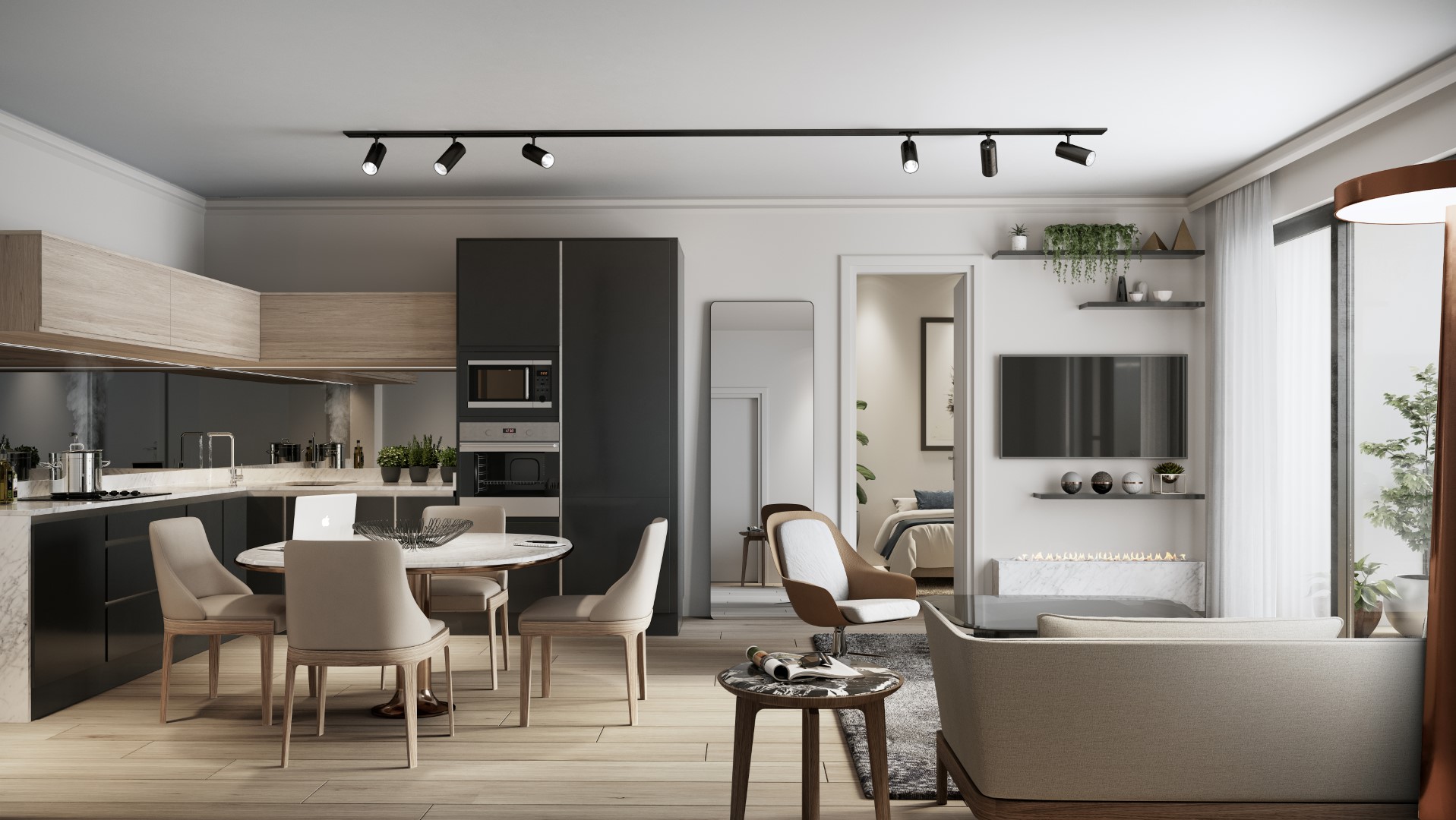 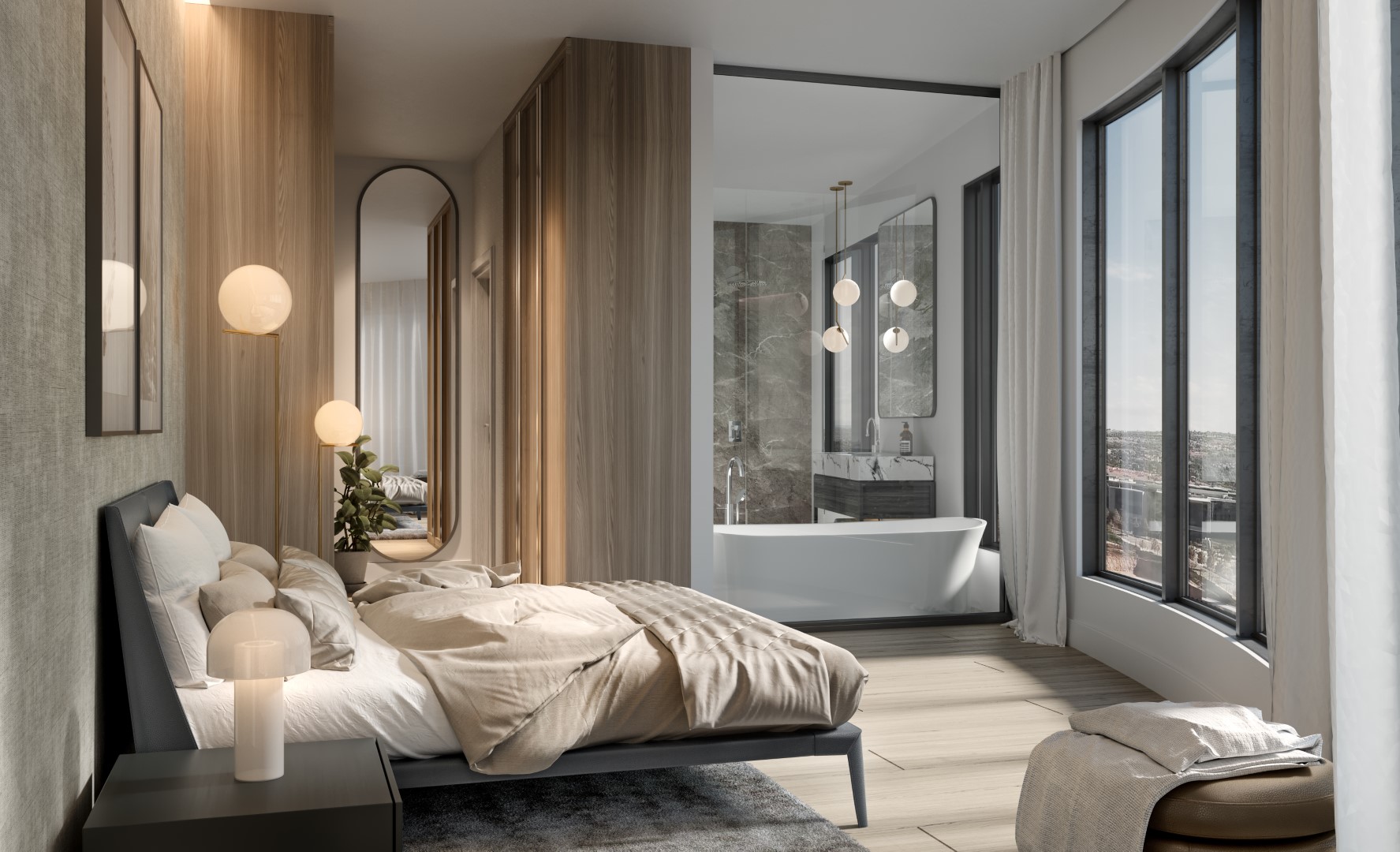 “Our intention was to create spaces for dialogue and community involvement. We critically analysed the requirements of residents to design spaces responding to their needs – we wanted to create homes and a rich sense of community. The buildings embrace diversity through their unique design and the provision of great amenities”.

-Aram Lello, associate director at dhk and lead architect on the project

Once complete, the development will not only encourage interaction amongst residents, but it will engage the entire community and add to the growing Waterfall City skyline. The project consists of two phases. During the first phase, ‘Newton’ and ‘Kepler’ will be built with ‘Da Vinci’ and ‘Galileo’ being built in the second phase. 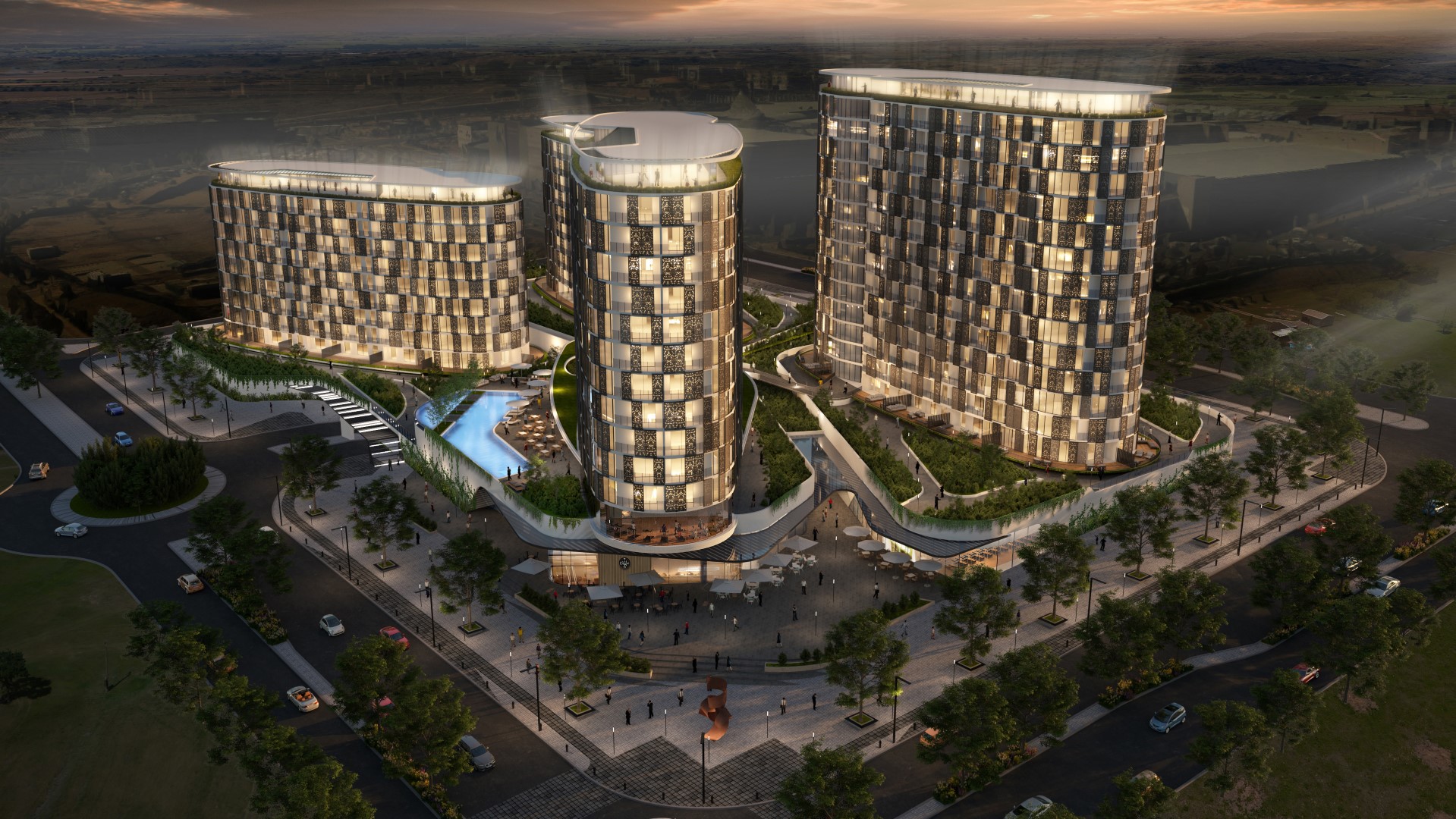 dhk has a firmly established reputation as a design led multi-disciplinary studio which incorporates architecture, urban design and interior design. More than 130 people contribute to the success of the company across these three disciplines making dhk one of the largest architectural firms in South Africa.

dhk’s integrated approach to design in the built environment, coupled with innovative solutions, has garnered international recognition with projects spanning across four continents and offices in Cape Town and Johannesburg.

A Guide To Enhancing Your Home With These Exterior Details

Previous
The Oasia Hotel interiors by Patricia Urquiola are inspired by nature and organic themes.

Next
How to Mix Design Styles Like a Pro