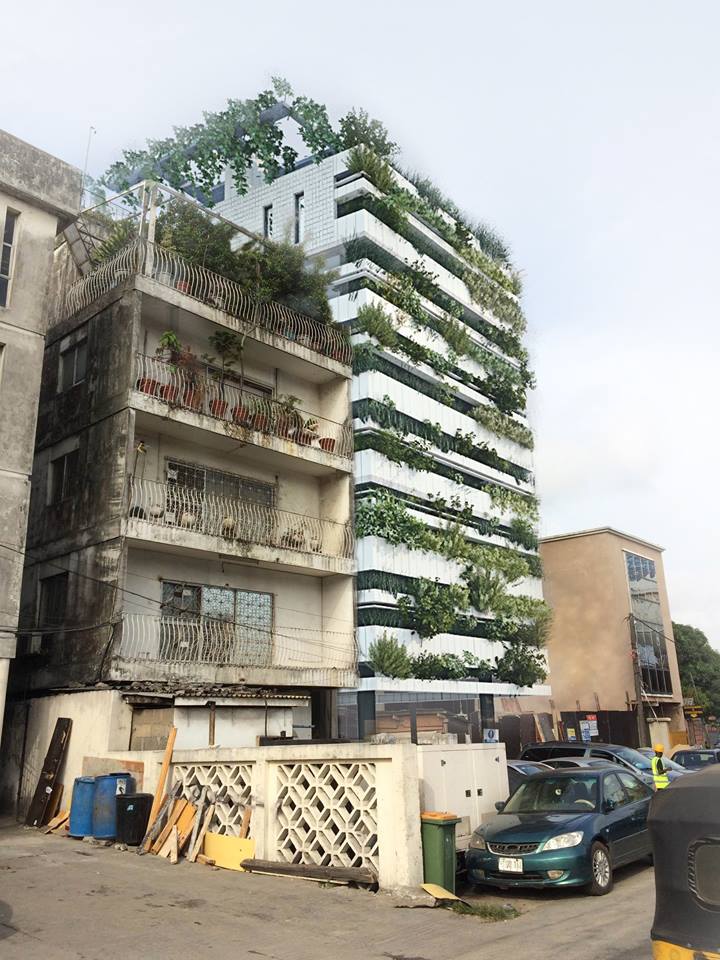 Livin Spaces·Oct 31 2014·0
Share
Its well known that the city of Lagos is a concrete jungle with the only form of green within being glo billboards along the streets (an exaggeration, but you get my point). Described as “NewYork on Steroids” inner city Lagos is fast moving and hectic, with very little room for outdoor relaxation by way of parks and gardens. Attempts have been made to rectify this but they are few and far between.
However a breath of fresh air, is brewing in Onikan, aptly called “GREEN WALL”.
Designed by Hub City Tech (HTL Lagos) , a team of Young, Dynamic, Nigerian Architects, the Green Wall is Located in a “tree-less” part of Lagos, Onikan to be exact, ‘surrounded’ on all sides by 3-4 storey, crumbling and decrepit buildings. The small site straddles two streets, Military Street which is populated with offices and Ajasa which is mostly residential.
Owing to the plot size, budget and client requirements, the structure needed to be constructed as quickly as possible and as cheaply as possible, to be as profitable as possible.

Being ‘surrounded ‘ by other buidlings meant that only 2 sides (front and rear) of the structure could be viable facades, so covering both in glass for the sake of light and air was a no-brainer. However this brought up the issue of heat gain. This was easily tackled by offsetting the glass curtain inwards by 2m from the edge of the floor, turning the floor into a sunshading structure. To maximise the use of this new ‘sunshade’, and have it serve a dual purpose, a series of planters of varying heights were introduced and filled with dense foilage. Hence the name, “GREEN WALL”. This foilage would form a “living skin” of sorts, for the building, cooling the facade and interior spaces further while transforming with the seasons, changing in colour and as the architect described it “animating a formally bland street”.

One may wonder what happens to the ‘unviable’ faces of the building that don’t get the green wall treatment? Well, quite cleverly, slit windows were introduced along these walls to allow for light and ensure privacy, while giving even the somewhat, obstructed walls, there very own character. 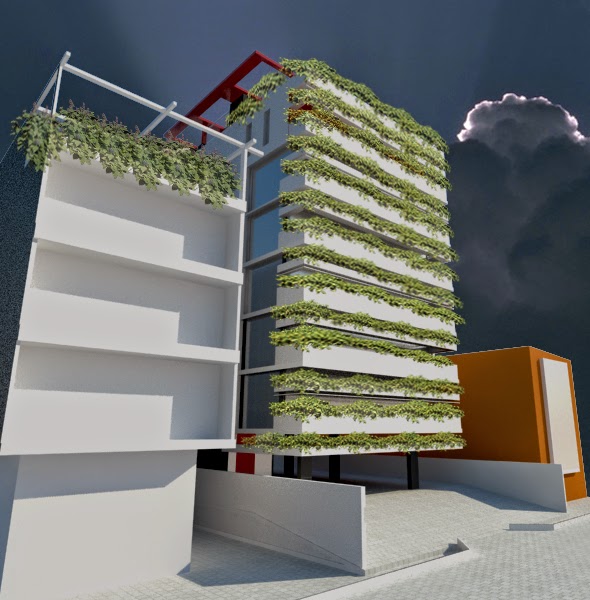 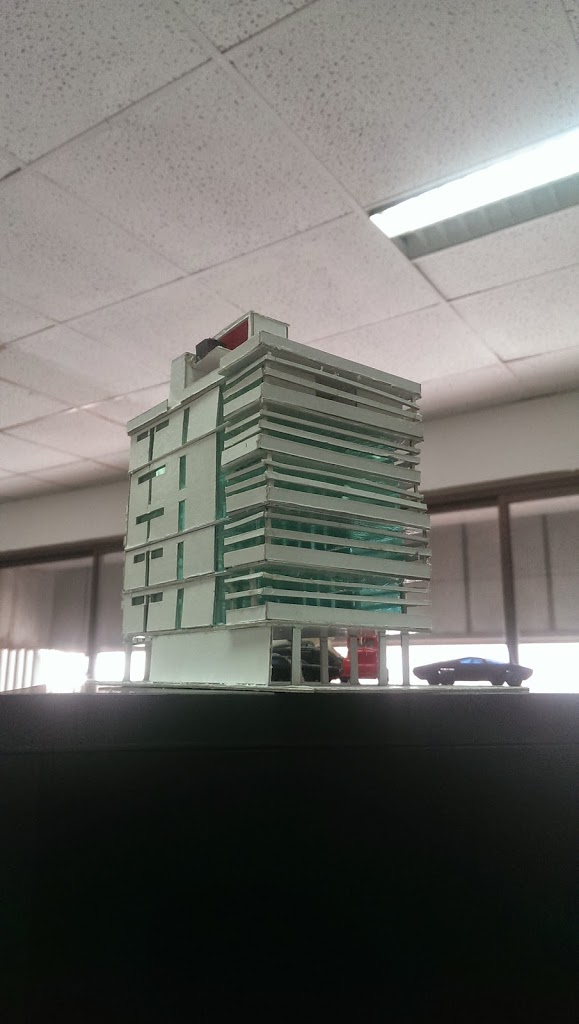 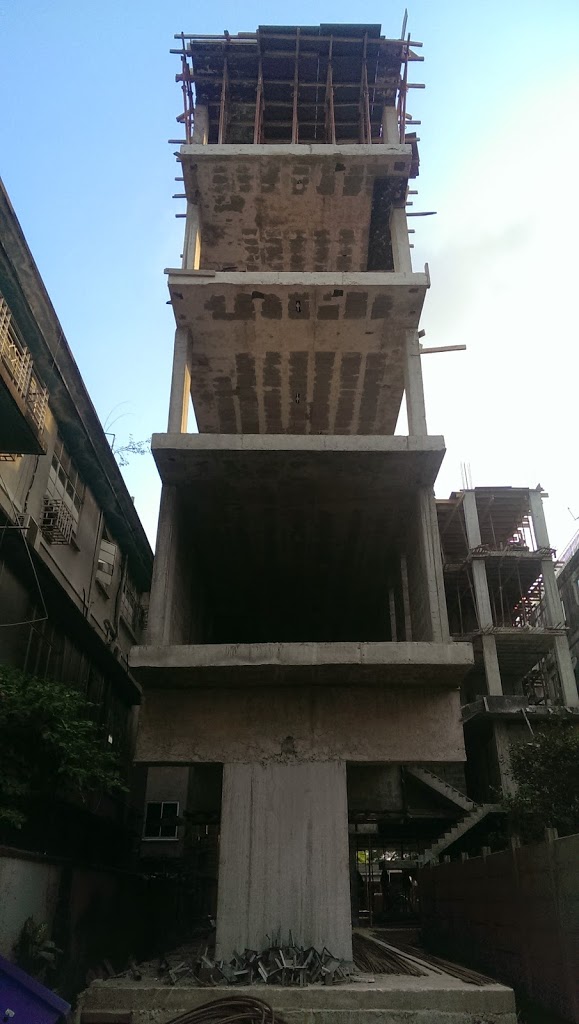 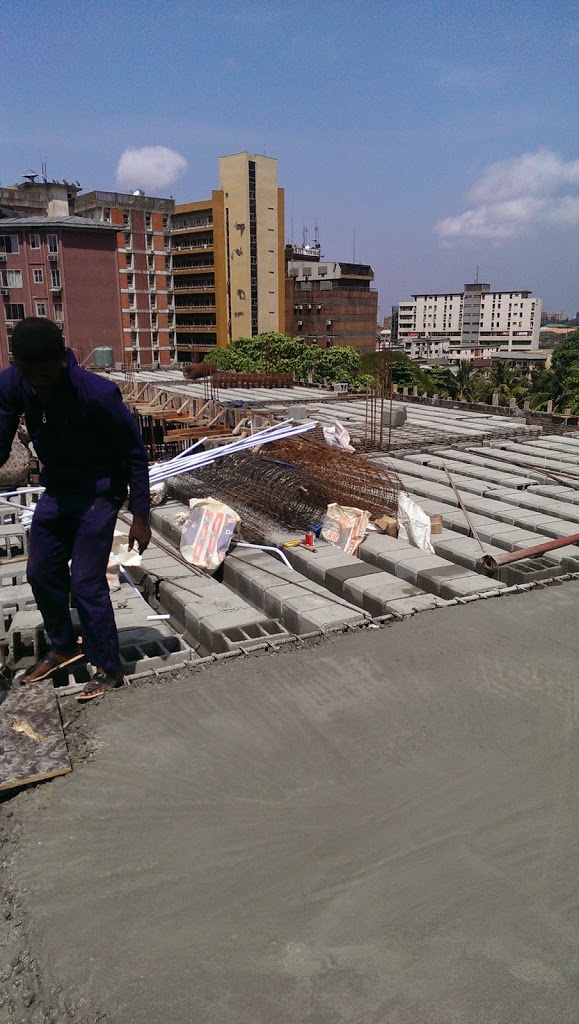 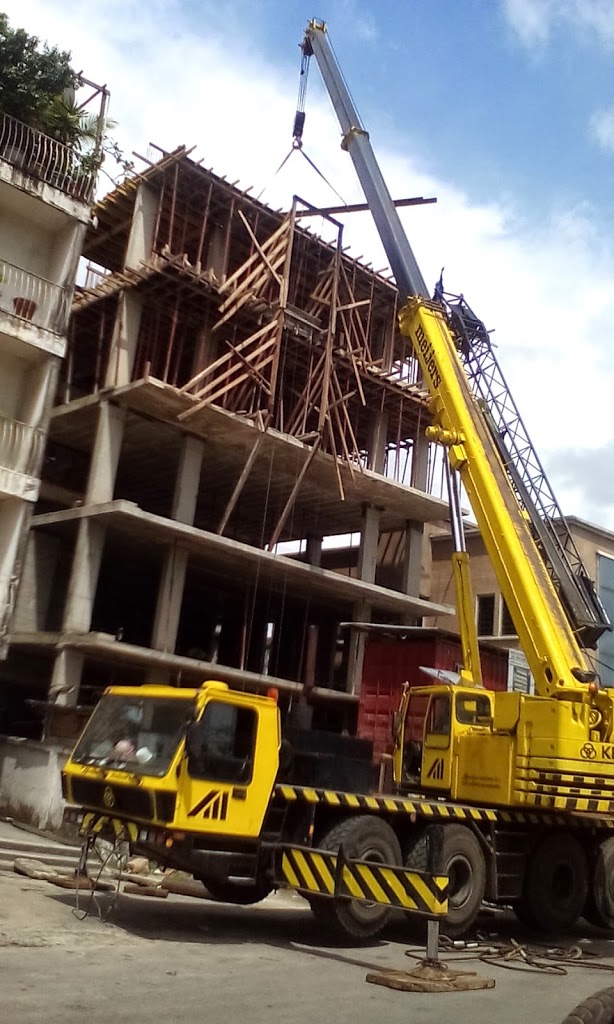 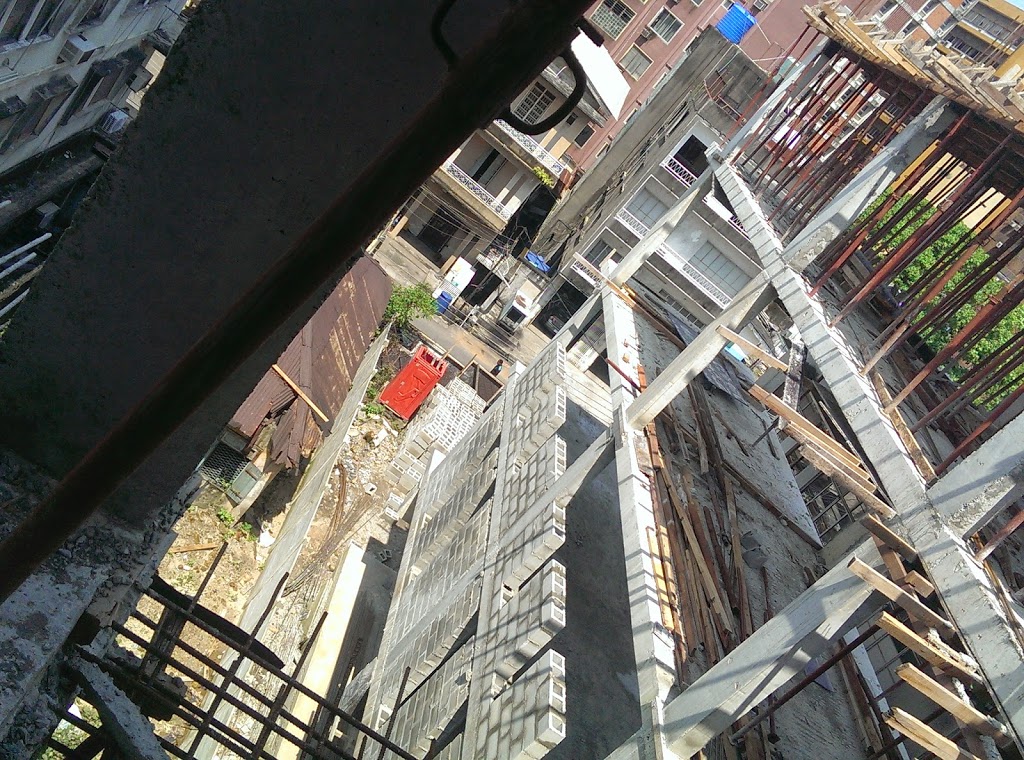 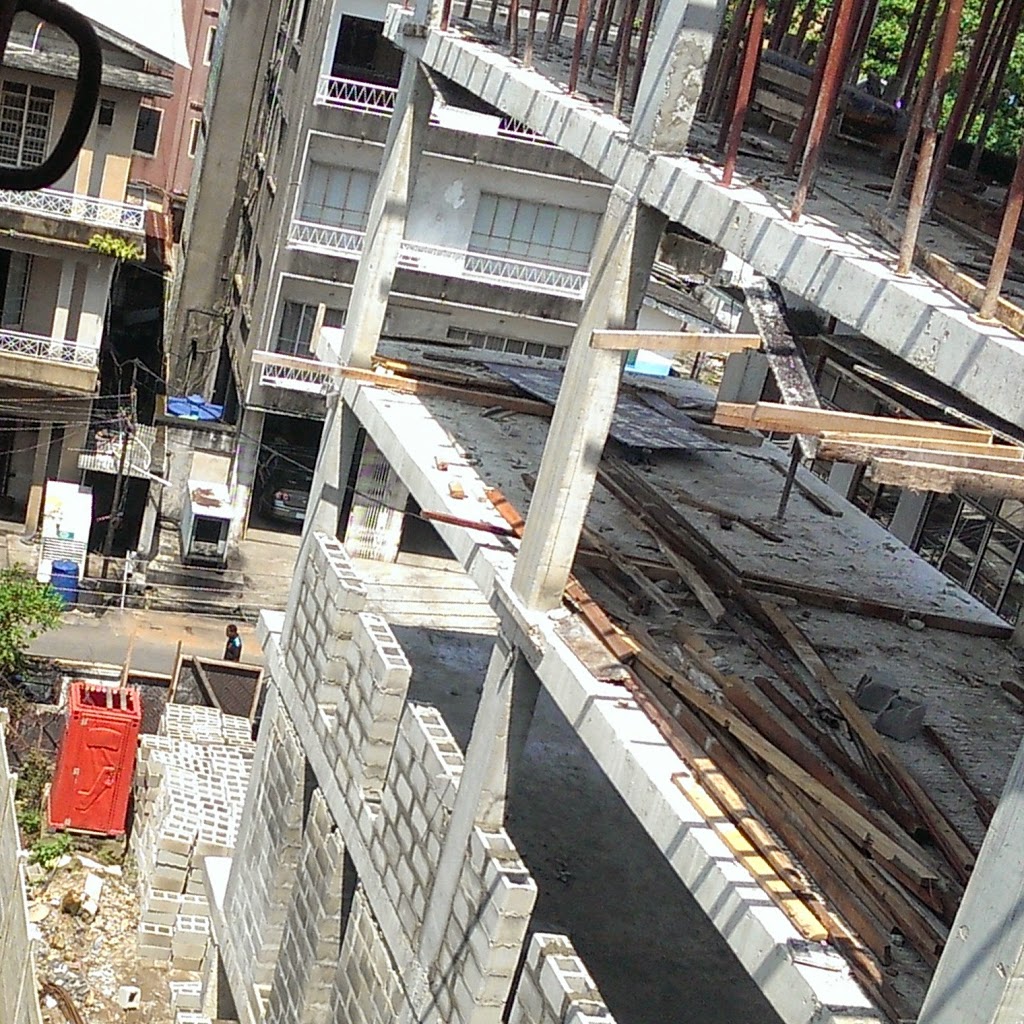 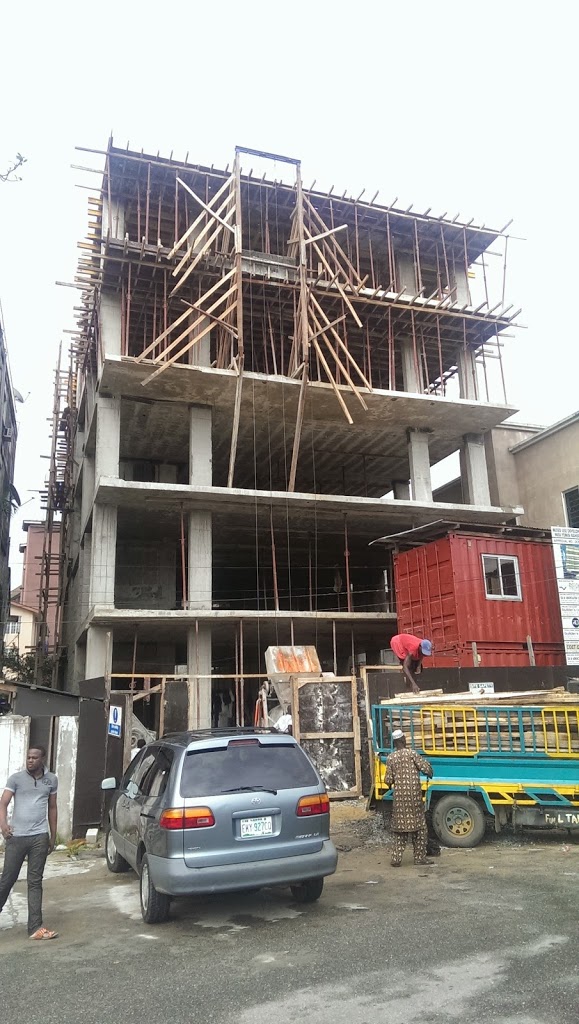 As the images above show, the Green Wall is still very much under construction, but, we’re extremely excited by its approach and potential. We’ll do our best to keep tabs on it as it ‘grows’ from the concrete rigidity of its location, with a view to breathe new life into the narrow streets and unappealing aesthetic of the Onikan area. Watch this space.

Next
Look what we found! The Hedge planter Collection by Cora Neil.