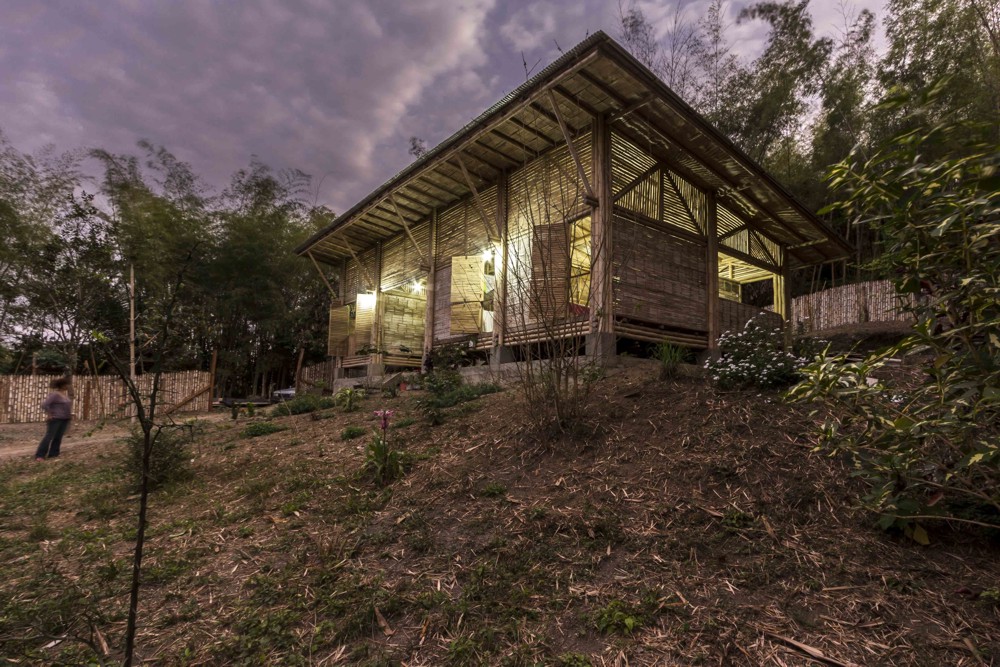 Bamboo is fascinating. Its believed to match if not surpass the strength of steel and can create some of the most amazing structure when handled by one who understands it.

Its also relatively cheap and could prove to be a low cost alternative to housing in rural areas. Its widely used in rural communities of cambodia, the phillipines, and other Asian countries, I wonder how feasible it would be in the Nigerian Context. This project might be a good case study for rural contemporary housing that is low-cost, well built and also nice to look at. This is Casa Covento. 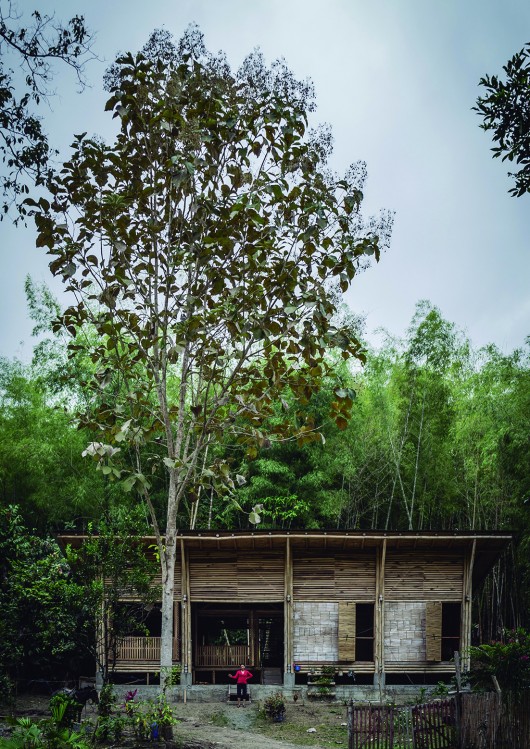 Casa Convento is a low cost wood and bamboo structure on a site in a remote Ecudorian Rainforest. Using about 900 bamboo poles, architect Enrique Mora Alvardo was able to develop this 3 bedroom family bungalow, if you will, on a plot surrounded by mountains, a small creek and a bamboo forest. The idea of building using local resources that were readily available and harvested on the site, greatly reduced the cost of the project. It eliminated the need to bring in materials most especially to a location where the wet season made roads impassable. 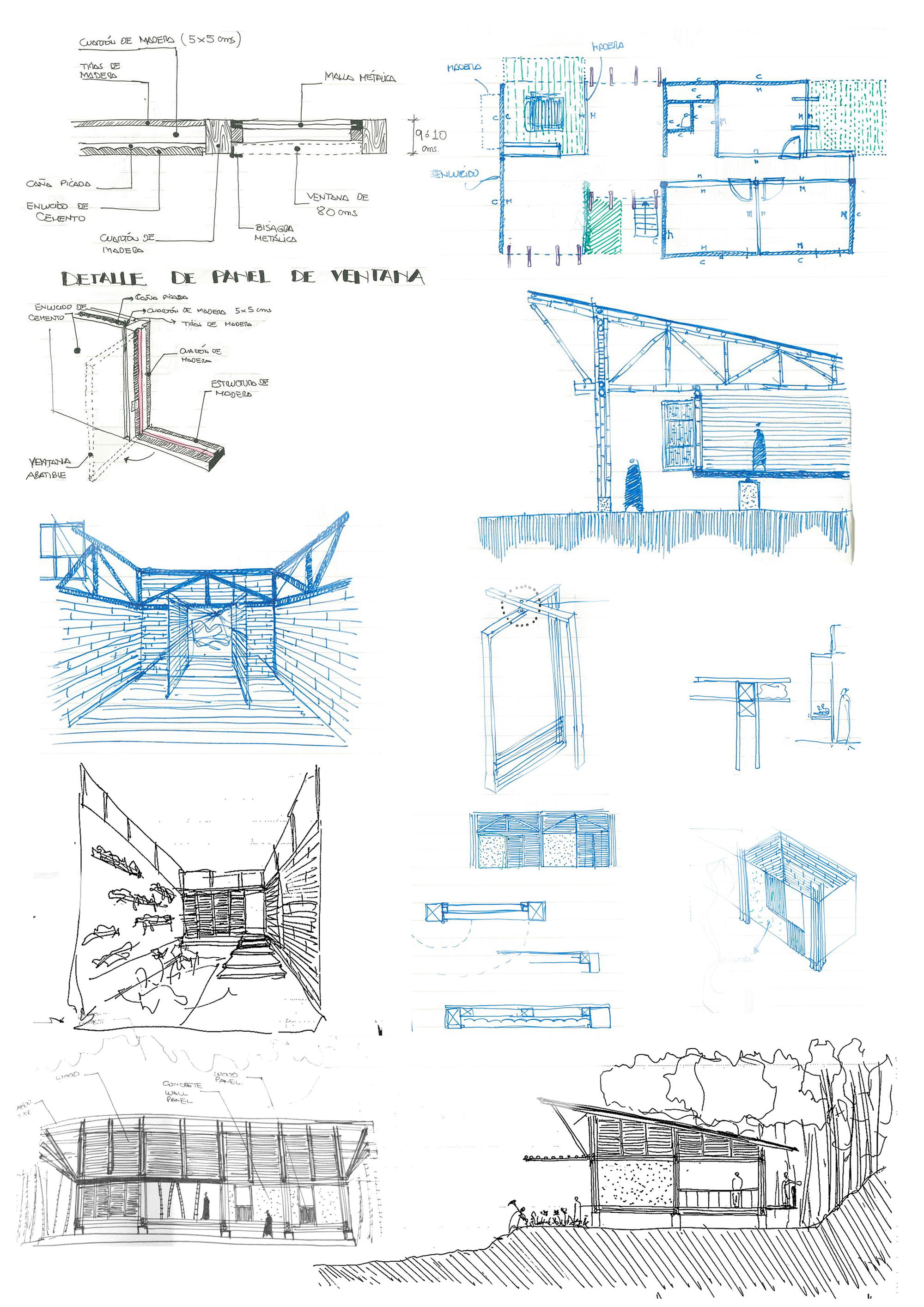 On a budget of $15, 000 (N2 880 000.00, exchange rate tins!!), the use of local wood and bamboo was a must and as such, the architect worked with local labourers along side the owners to teach them the techniques required for bamboo construction, a material in abundance in the area, but not widely used due to the knowledge deficit. To get its inherent strength, bamboo needs to go through a curing process, and such information was what Architect Alvarado had to relay to the client and the workers during fortnightly and weekly meetings in Convento, a village 7 hours away from his base in the city of Santiago de Guayaquil. (Quite the dedication). The family and workers then set out harvesting and curing the bamboo for the farm on which the property is located which provided all of the stalks needed to frame the structure and put up the facade. 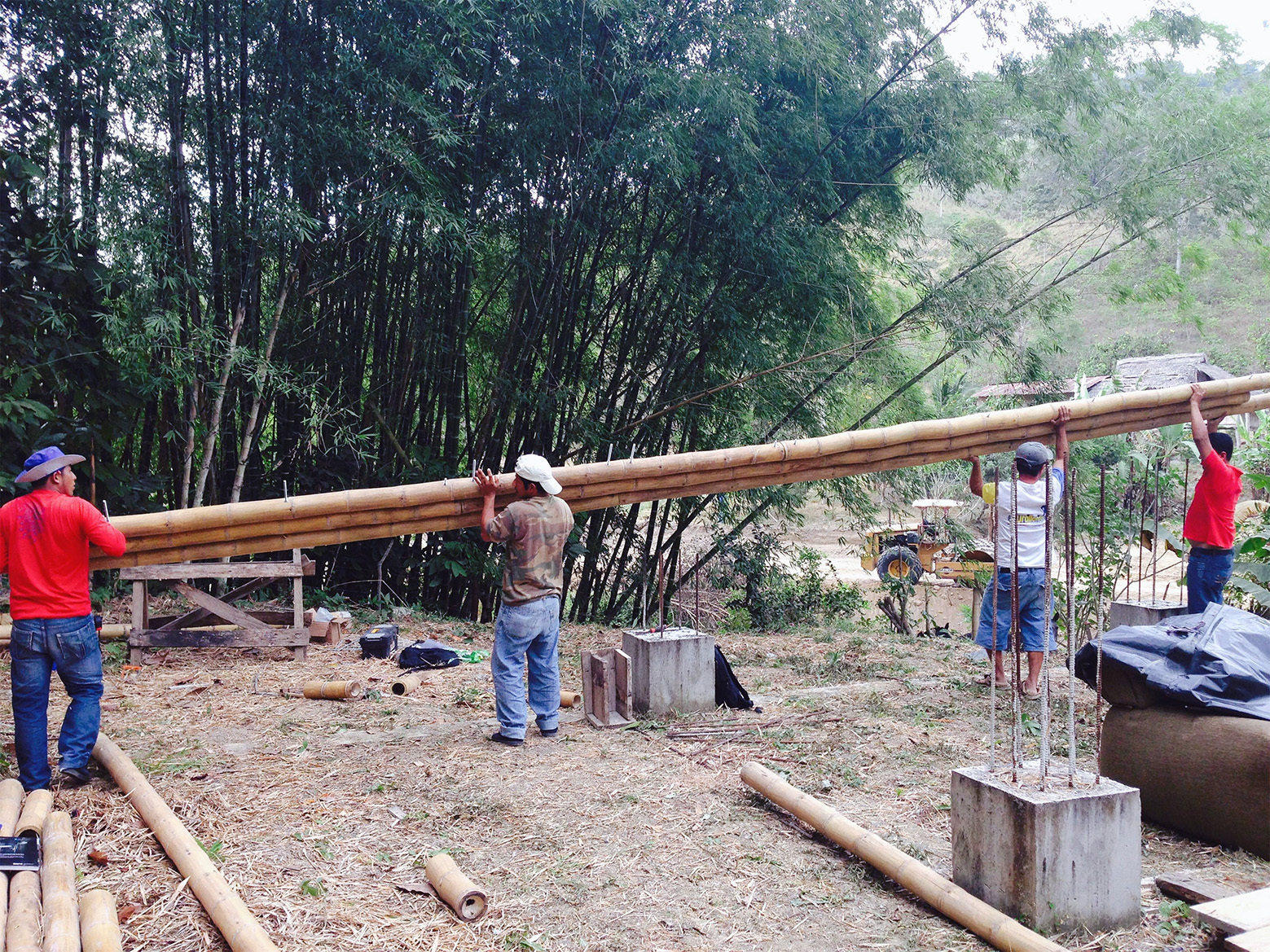 The form of the building takes some direction from the traditional homes within region, having a raised floor to mitigate flooding during the monsoon season and allow air circulate underneath the building. 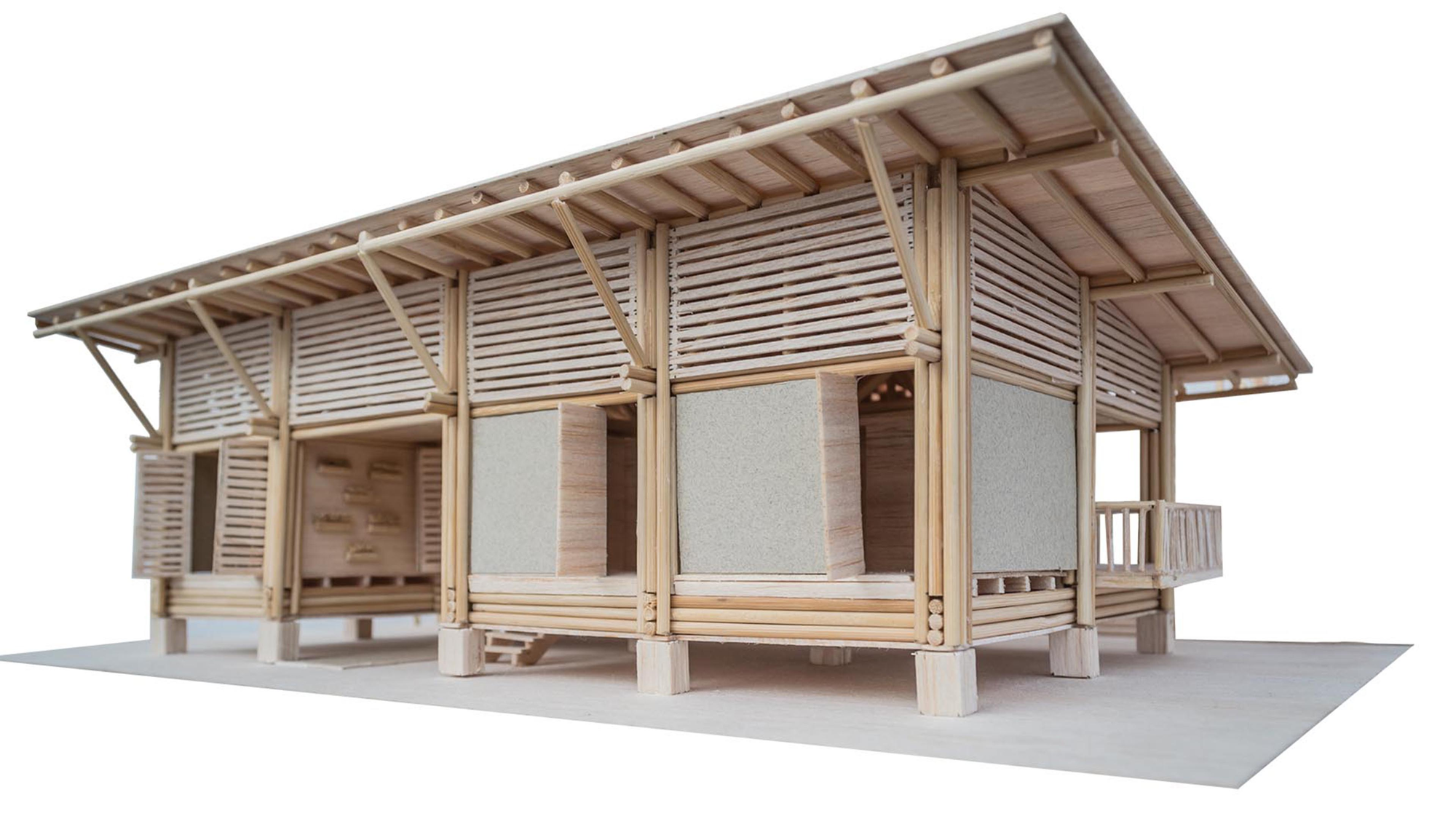 The layout is fairly simple. Climbing up to the entrance of the building you find a relaxing open terrace with hammocks and a hanging garden that separates the home into 2 wings. One wing houses the living, dining and kitchen areas as well as an outdoor cooking area designed to stop smoke from filling the house, something typical within the area. The other wing features 3 bedrooms and a shared bathroom that allows for exclusive use of its facilities simultaneously, and another sizeable terrace at the corner of the building.

Its a befittingly tropical design.

To erect it, columns made of multiple bamboo poles rise from a timber platform resting on concrete foundations. Bamboo trusses are fitted on the columns and carry a steel sheet roof lined underneath with bamboo matting. 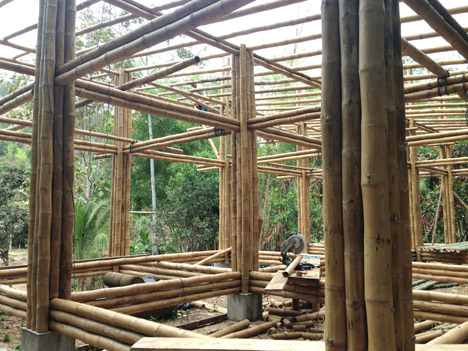 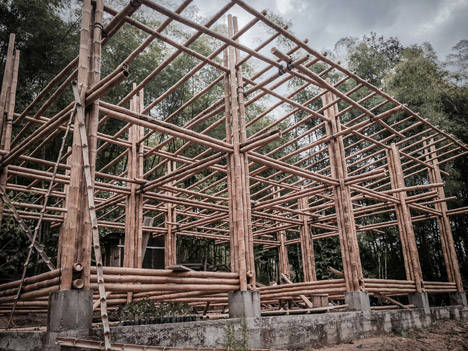 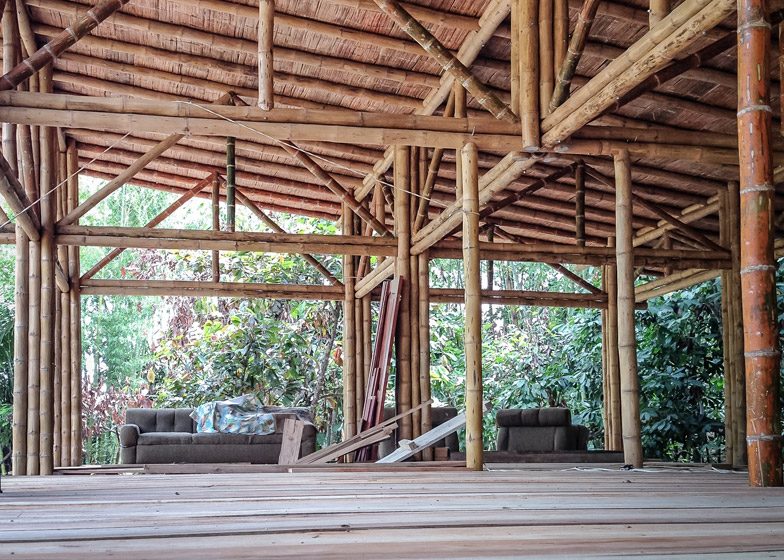 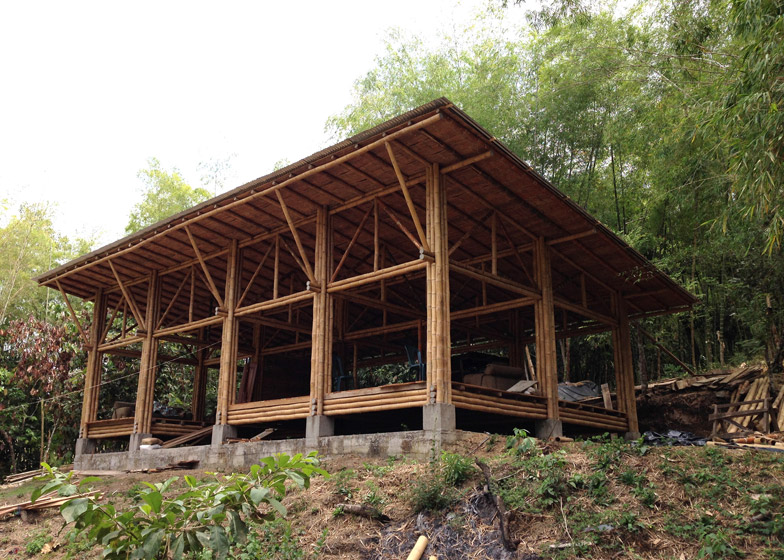 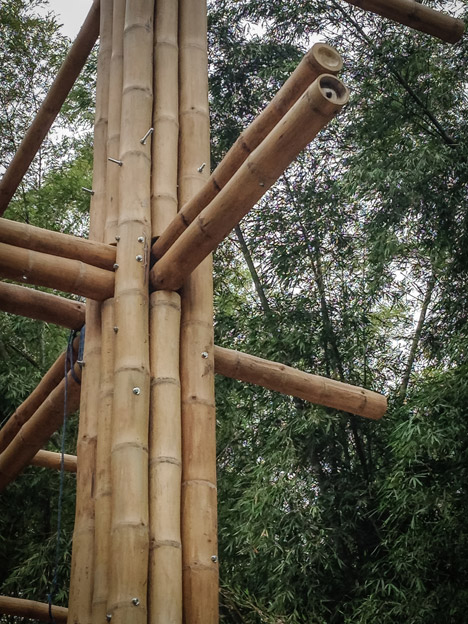 A bit of visual drama comes with the use of wooden panels and bamboo screens of varying densities in different spaces based on the amount of light and privacy required. Shutters substitute glass windows to offer views of the forest from the edge of the terrace, the living area and the bedrooms. 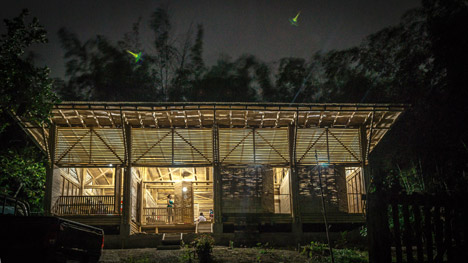 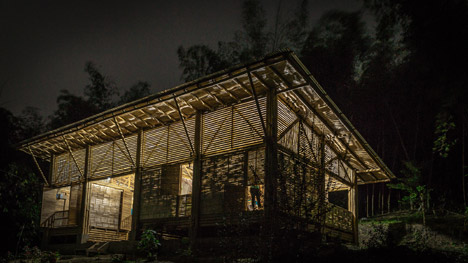 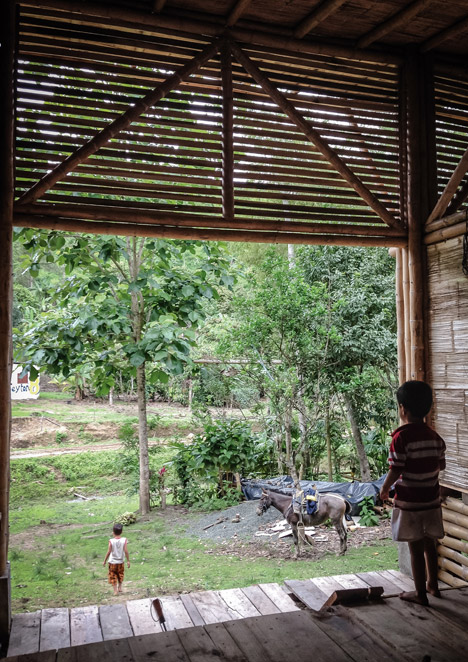 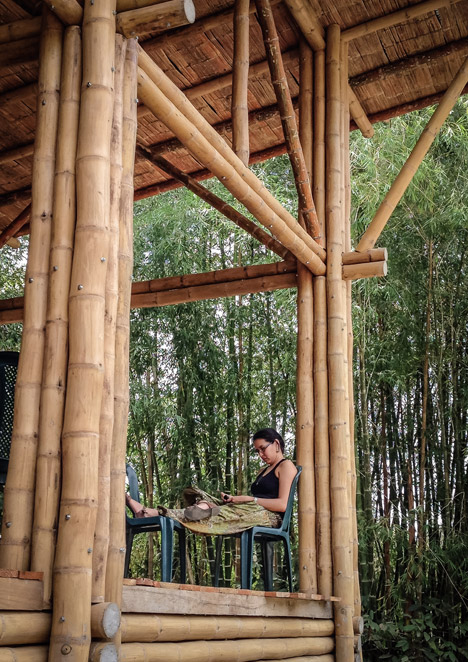 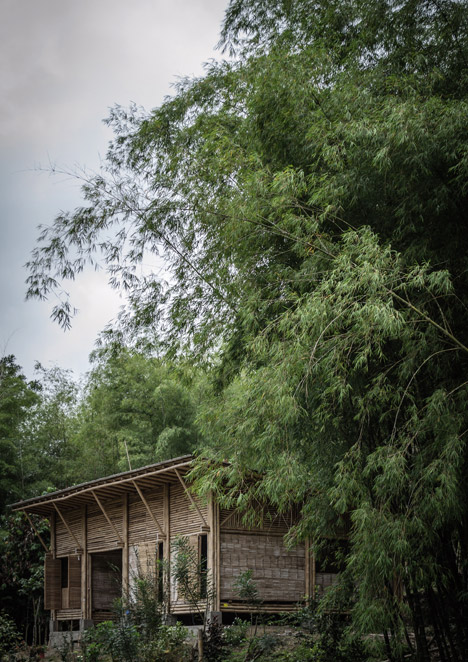 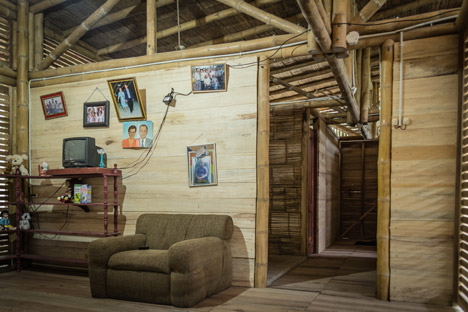 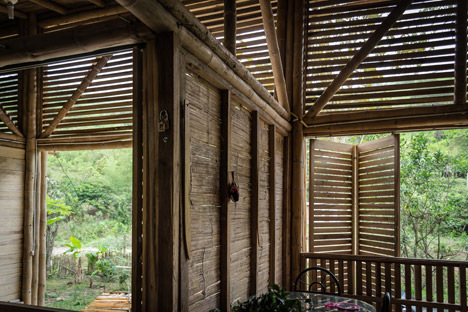 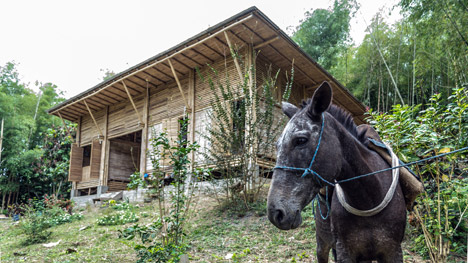 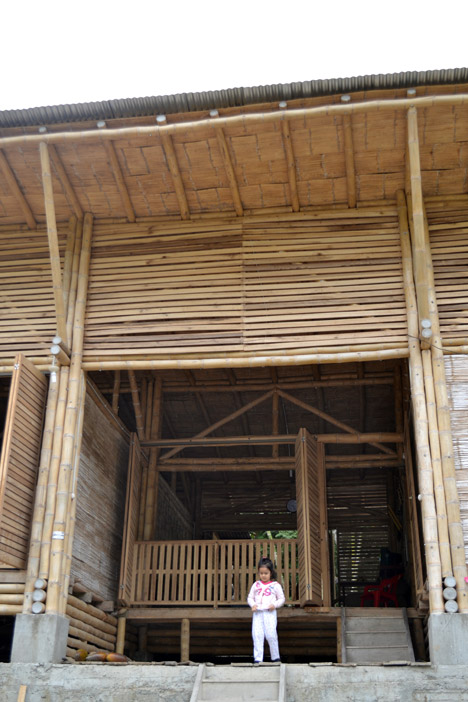 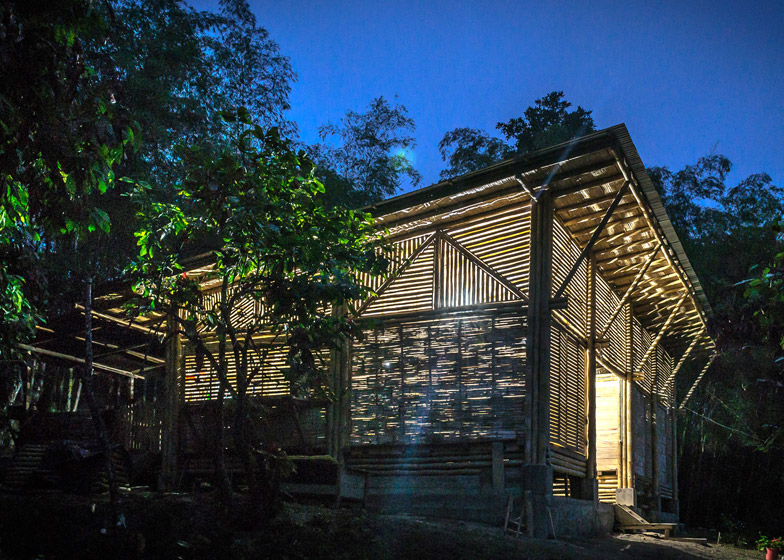 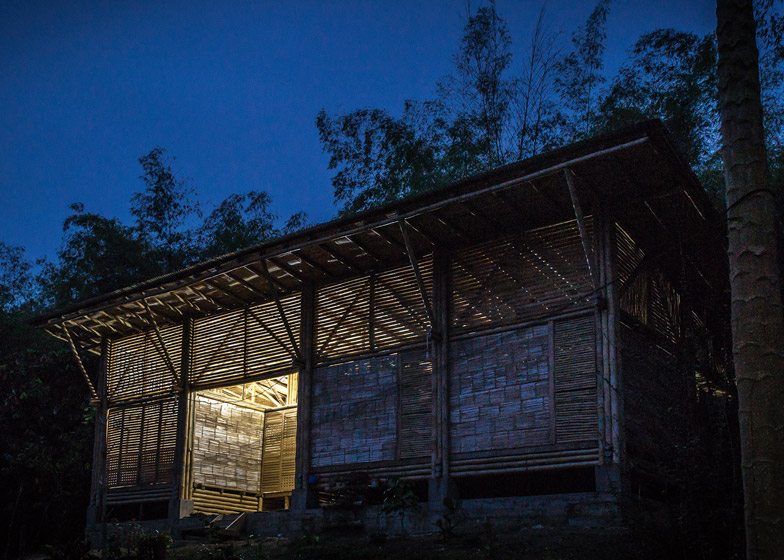 While directly converting the budget figures to Naira may give a somewhat contradictory outlook, the context must not be leftout. This is an affordable, low cost option. The challenge that may arise is more socio-cultural and possibly technical in terms of bamboo construction know-how, but, its affordability cannot be denied. Maybe a hybrid structure might be more suitable here, maybe a different adaptation, but, regardless of opinion, its worth investigating.

Next
Contained on an Irish Farm: Grillagh Water House by Patrick Bradley