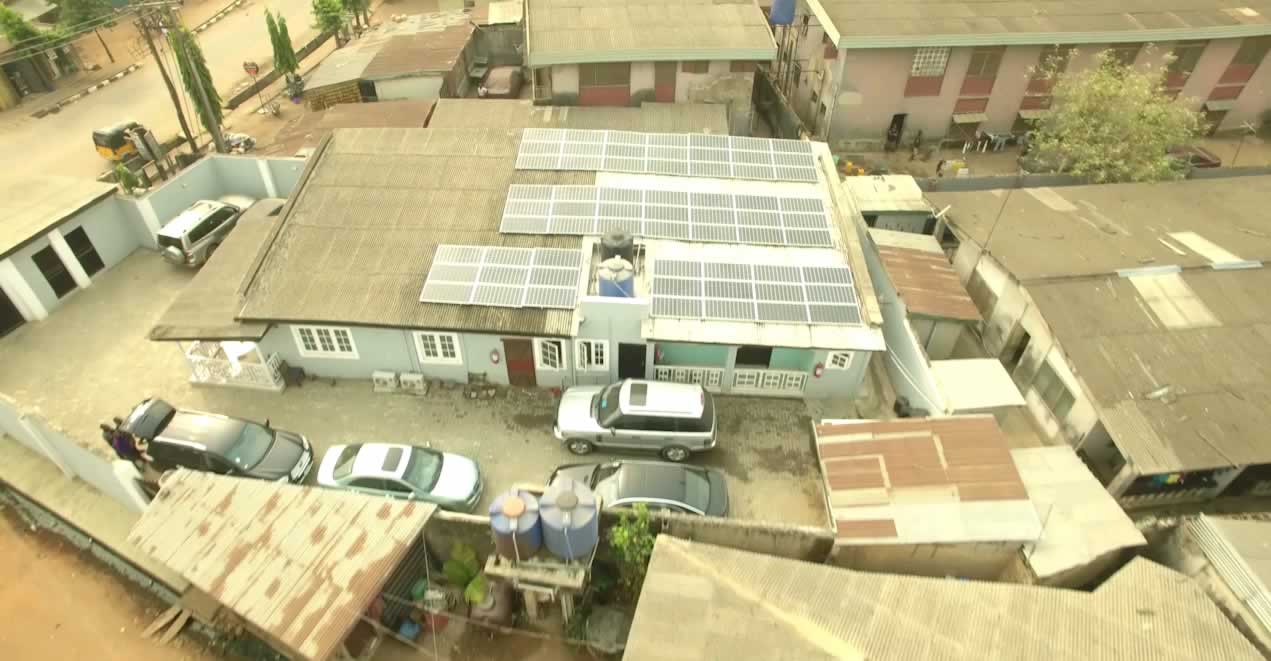 An Off-Grid Solar House in Nigeria Unveiled in Lagos

THIS ARTICLE, WHICH ORIGINALLY MENTIONED THIS DEVELOPMENT AS THE FIRST OFF-GRID SOLAR HOUSE IN NIGERIA HAS BEEN EDITED, TO REFLECT MORE ACCURATE FINDINGS.

The five-bedroom bungalow built and managed by Concept Technologies- a Lagos-based renewable energy company, has reportedly been off the national grid for the last one year. The idea behind such a development was bourne out of the need to use alternative means (renewable energy) to tackle the epileptic power supply in the country.

Here’s a report as seen on the guardian, highlighting the details of the project as offered by the company’s Managing Director, Mr. Tokunbo Tonade.

“The home is a 5-bedroom bungalow powered by a 12.6KW solar Off-grid system that runs 94 per cent on the power of the sun and six per cent on diesel during cloudy weather. Off-grid means it has been completely disconnected from thermal electricity, and it’s been running without a blink since the last one year.”

“I have been trying to advocate for renewable energy because it has a lot of gains and for Nigerians to see its impact. With generator, you use some amount of money to install the generator, buy diesel and fuel it yearly and when we add everything up, they are higher than what you will use to install solar energy,” he added.

He further said in the long-run, every year a bank spends N50 million to power each of its branches, in 10 years, it would have spent N500million to power a branch alone. “I want to give you something that has 25 years warranty at N120million, and it will break even in two years, unlike your generator where you are spending N500million in 10 years and you are still spending all the way. Sometimes, people listen to us, sometimes; they say we are talking rubbish. What I do basically is to start from the root,” he said.

For the Chairmen of Ejigbo, and Isolo LCDA, Shamsudeen Olaleye, and Bello Oloyede, the initiative would surely be embraced by the councils in their quest to reduce money spent on powering generating sets. Olaleye commended the management of Concept Technologies for their efforts at putting the council on the world map with the unveiling of the off-grid solar powered house, while urging government to support the noble idea. He said Concept Technologies has continued overtime to help people realise their dreams.

“When people come to us with their concept, we use technology to bring it to life. But as time went on, we got to a point where we were building generators with vehicle engines. And from there, we moved to solar energy. Concept Technology is into renewable energy, from the point of view of saving the planet from global warming. If you look at the world globally closely, you will know that Nigeria is closer to the equatorial belt of the world than countries like Denmark, Sweden, but they use more solar than Nigeria does. They only have about four hours of sunlight per day but we have predominantly 12 hours and eight hours of serious sunlight. Still, we are not using half, or even one-third of what Germany, Sweden and so many countries are using.”

Next
East Village Apartment Building in Lebanon by J.M.Bonfils and Associates