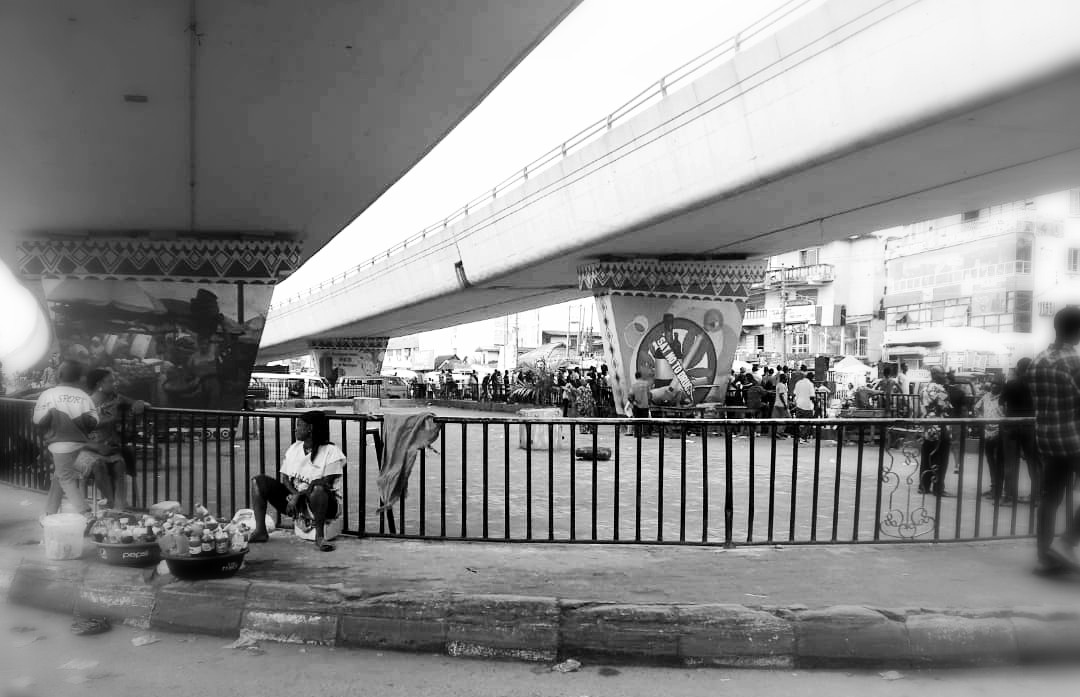 UnSTRUCTUREDness: A Thought-Piece on the Future of City Planning by Daniel Egba Evwibovwe

In this article , Nigerian Architect and Design Consultant, Daniel Egba Evwibovwe explores how interstitial spaces within the urban metropolis of Lagos play host to a plethora of activities, each at differing times and moments, and if this dynamism of space can form a basis for a new approach to how our cities are planned and designed.

There is an eye-catching scenario that plays out in this growing megacity of Lagos. One which involves spaces performing a myriad of functions at different times of the day and at different days of the week. I find it interesting seeing how a space is manipulated, reconstructed and re-arranged to suit a different activity. As a resident of this megacity you will notice how you have unconsciously factored in this phenomenon into your routines and schedules. Most of these spaces were not designed this way. The culture of the people and their use of spaces have been affected by the rapid growth of the city, high cost of living and many other factors.

I noticed how the space underneath most bridges are used as a retail and commercial space during the day and then converted to sleeping quarters for the homeless at night and still used as a space for religious activities on Sundays. Even the pedestrian lane of the business district now serves as a space for portable retail kiosks.

Not far from my reach is the bus-stop cubicle that functions both as a waiting area and a spot for light retail services. Likewise, the space that is used as a car-park during weekdays transforms into a football pitch on Saturday morning and then into a space for ceremonies on Saturday afternoon.

There are many more ways in which the fabric of the megacity is torn and amended in order to accommodate different forms of activities, with very little consideration to the cities existing constraints. The functional changes of spaces within the megacity is presently inevitable because the needs of the population has not been met. Since these changes were not planned into the fabric of the city initially, the process then seems like a surgical operation not properly prepared for.

We will accept that the city was planned many years ago when the way of life was more analogous than digital, a time when the number of cars in the city was not enough to raise the carbon footprint of the city. It is noteworthy that the city was initially planned for a population less than the present one.

So how do we accommodate the present changes? Is the UNSTRUCTURED occurrence of spaces performing different functions on a timed-basis meant to be a problem? Or, do we use the situation as a hint to review the way new cities are to be planned in the future?

As a designer I will opt for the latter. This megacity has given us enough reasons not to plan like the old days. We ought to design buildings and spaces with an idea of the post-occupancy use. The culture of the city is reflected in the usage of a space after design and construction, hence it will be good for designers and planners to think of this multifunctional use of spaces as a reflection of the culture and need of the people.

A bridge for instance, can be designed with a plan of what will happen underneath it in the future. The space underneath the bridge can be made as an open plan that can accommodate temporary public-centric activities like an art gallery, an exhibition space, a recreational space(like table tennis, board games etc.) and also a retail space.

Furthermore, bus-stop cubicles can be designed as both a transition space and a retail space. This will define the architecture of the bus-stop to easily accommodate its very certain-future of being a place to carry out impulse buying whilst waiting for buses. In return, the retailers will definitely see to the well-being of the bus-stop (a win-win situation).

The aim is not to remove the temporalities and time-based functionalities of spaces in this megacity. The aim is to highlight the need for Planners, Architects and Designers to ensure that emerging megacities retain their character in terms of architecture and culture as it expands and reacts to the rigorous time-based functionality of specific spaces.

The megacities of the future should not be an over-populated geographical location that makes little or no room for change, but a place that will have enough room for changes to occur and still not lose shape or form.

Daniel Egba Evwibovwe is an Architect and Design Consultant at HTL Africa. He is a graduate of the University of Nigeria, Nsukka and an avid writer. You can check out his articles on Medium and connect with him via LinkedIn.

Previous
Inside The Satyasheel Residence in India by Linear Concepts