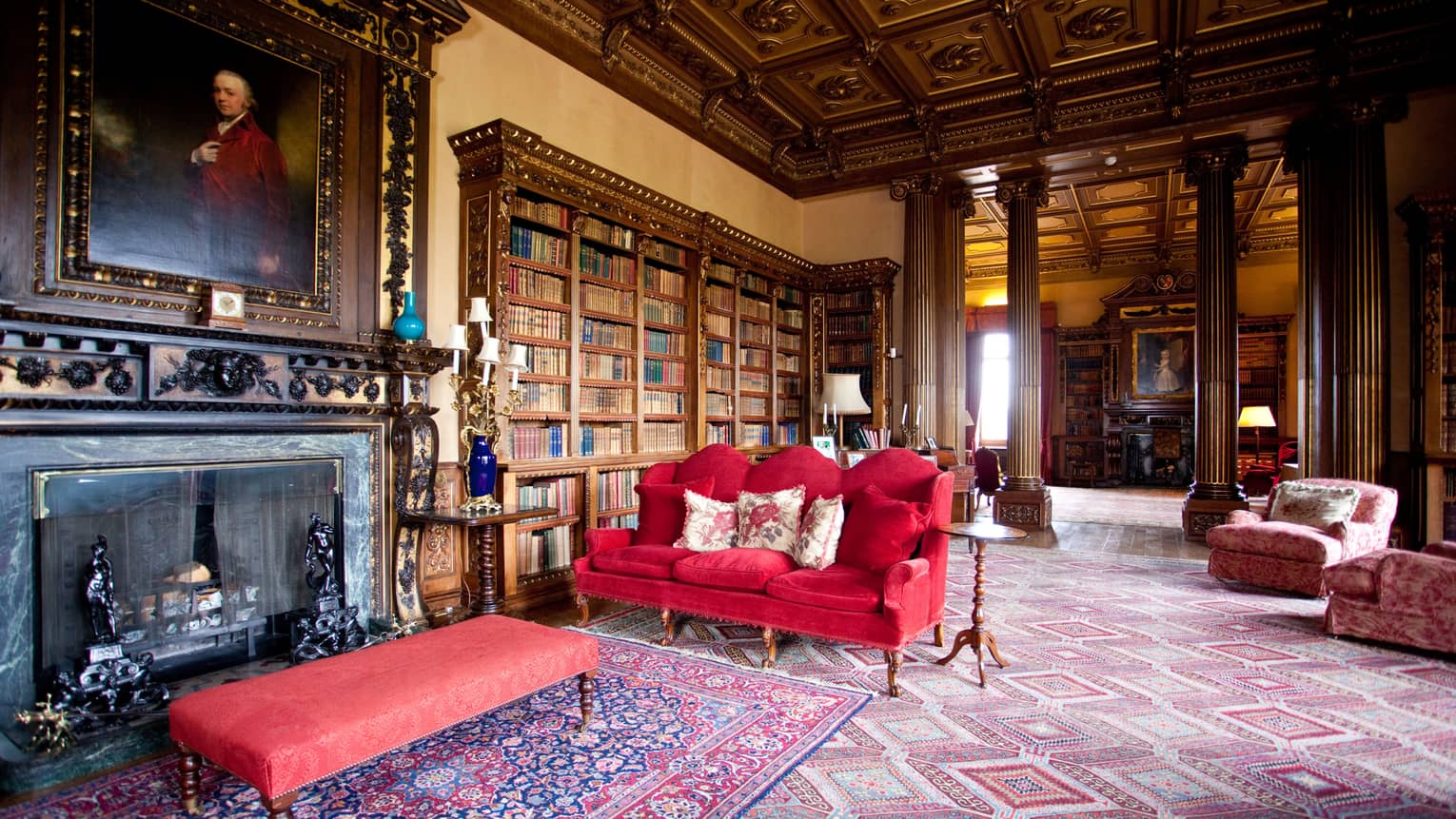 It’s been almost a decade since Downton Abbey premiered on television in September of 2010. Since then, the show has captured the hearts and minds of millions all over the globe.

The historical period drama set in the early 20th century revolved around the aristocratic Crawley Family who resided in the titular Downton Abbey, the family’s country estate. While the show ended back in 2015, a film version of Downton Abbey, directed by Michael Engler, was released on September 13, 2019 — easily topping both Ad Astra and Rambo: Last Blood in the box office and garnering $61.8 million worldwide in its opening weekend.

One of the most fascinating aspects of the show is its superior set design and interiors. And today, the show’s mainstream popularity has crossed over from the screens and into people’s homes. Mid-Century pieces have found their way into residential and commercial interiors alike as they harken back to Victorian decor without being too overwhelming. And for anyone who’d like to take it a little further: What pieces or styles would you like to integrate into your interiors to turn your home into a modern-day Downton Abbey?

Minimalism was not always the trend that it is today. If you want to give your home the Downton Abbey treatment, you can start by making sure that guests are greeted with the image of opulence when they first enter your home. Of course, designing the entrance of your home around a grand staircase would certainly help, while the addition of intricate carpeting and a chandelier would also do the trick.

Back then, bathrooms and plumbing were mostly reserved for the upper-class, so try and decorate with opulence in mind. To give your bathroom the Downton Abbey treatment, swap out your lamps for sconces. Adding a clawfoot tub, while pricey, is also a great idea as it will act as the centrepiece of the room. These, along with other periodic pieces such as old-style boilers, will round out your Victorian-style bathroom. While there are modern iterations of all the things mentioned above, you’re probably going to want to get antique pieces. If you choose to go down this route, you should take the necessary precautions to ensure that everything works in a safe manner. HomeServe warn homeowners that old boilers and plumbing systems are likely to need repairs. If you install an old-style bathroom, it is best to update both the boiler and the plumbing system. Keep this in mind before installing anything to get the most out of your Downton Abbey-inspired bath.

Art as a Symbol of Luxury

One subtle detail present in the show is the art within the Crawley family estate. This is important, as show creator Julian Fellowes wrote the show with Highclere Castle, the location where they would end up shooting the show, in mind. The castle’s interior and extensive art collection was the perfect backdrop for the period drama. This means that adding art pieces to your home’s walls will go a long way into giving it that Downton Abbey aesthetic. Canvas recommends that you dust your paintings regularly to maintain them. You should also be cleaning the frames using a damp cloth, and keep the paintings away from humid areas such as your bathroom and your kitchen.